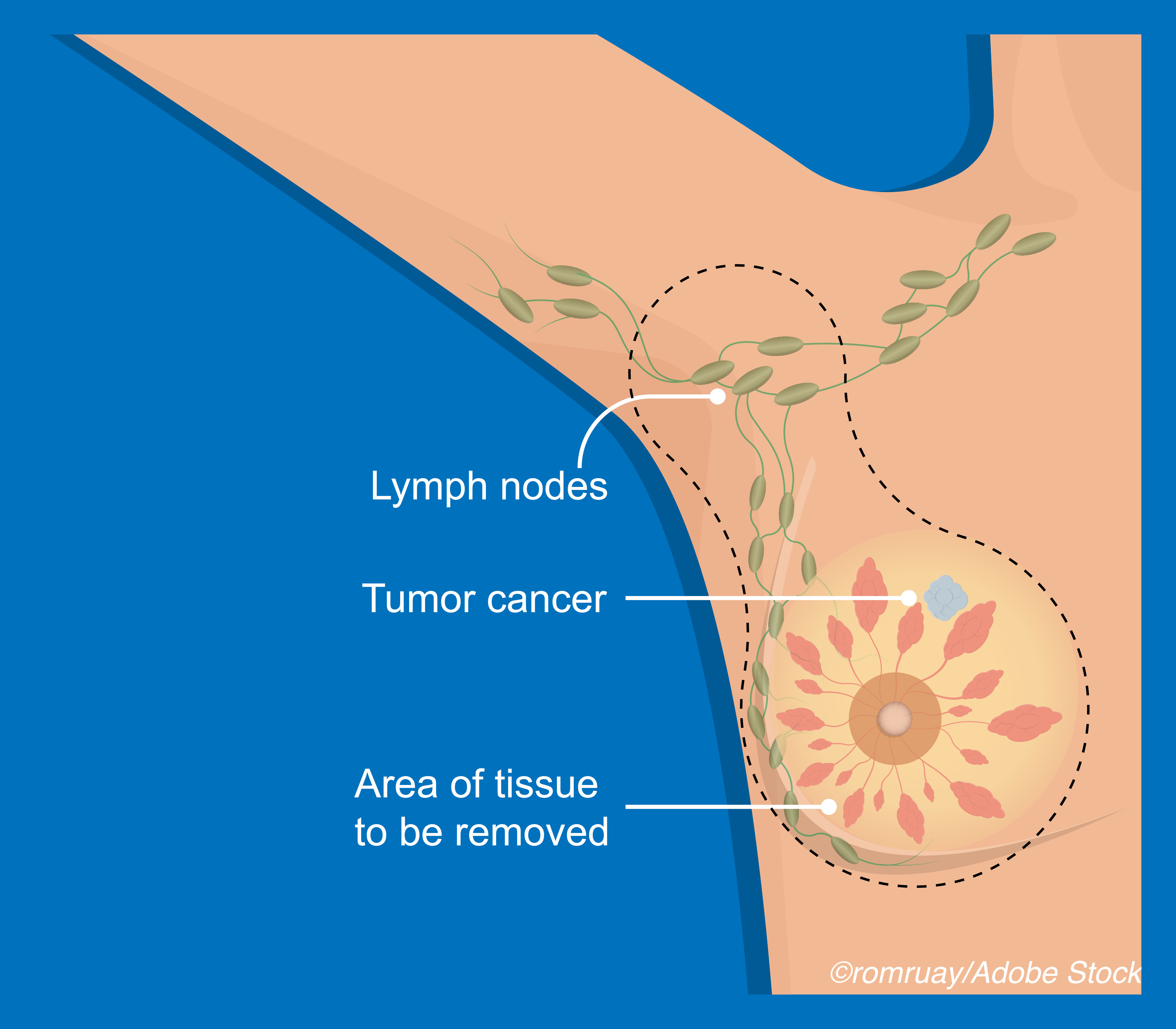 The use of diagnostic mammographic breast density information together with other readily available clinical factors predicted the risk of not only developing lymphedema following breast cancer treatment but the severity of that lymphedema as well, a Canadian found.

The same variables also predicted the development of severe lymphedema, defined as a volume in excess of 500 mL, investigators added.

“To our knowledge, this study is the first to not only report the use of diagnostic mammographic breast density as a prognostic factor for lymphedema risk but also to provide volumetric estimates of lymphedema severity,” Kwan and colleagues observed.

“Understanding who is at greatest risk of lymphedema will facilitate monitoring, earlier disease diagnosis, and early initiation of therapies to decrease disease morbidity,” they added.

Participants had been referred to the Cancer Rehabilitation and Survivorship (CRS) Program at the Princess Margaret Cancer Centre in Toronto, Ontario between July 2018 and March 2020.

As the authors explained, in lymphedema, the lymphatic drainage system is damaged, which results in swelling and deformity of skin and adipose tissue. “To date, the main biological factor identified [for lymphedema] is high body mass index,” they wrote.

The main hypothesis of the study was that a more direct measurement of fat deposition, as reflected by findings from diagnostic mammography, would have a greater prognostic value in determining lymphedema risk than BMI.

The group was randomly split into a training cohort consisting of 247 patients and a validation cohort consisting of 126 patients. Comparing measured and predicted values of lymphedema volume, analyses revealed a statistically significant moderate correlation in both the training cohort (0.53; 95% CI, 0.43-0.62; P<0.001) and the validation cohort (0.42; 95% CI, 0.26-0.56; P<0.001), the investigators reported.

Overall, the authors suggested that the use of their clinical prediction model will allow clinicians to risk stratify patients into clinically relevant groups, the first group being patients who are unlikely to develop any lymphedema following breast cancer treatment for whom routine follow-up care is likely all that will be needed.

For those who are predicted to develop either limited or mild lymphedema, patients can be encouraged to exercise more and lose weight as well as undergo more frequent monitoring in order to initiate the use of conservative therapies early on such as compression therapies. Moreover, patients who are predicted to develop severe lymphedema may be candidates for additional surgical interventions which are typically more successful before patients develop fibrosis, a feature of chronic lymphedema.

“[S]tudy results revealed that fatty breasts co-occurred with worse lymphedema, and on multivariate analysis, breast density added an independent prognostic value beyond BMI,” the authors stated. “[Since m]ammography is currently the standard of care for breast cancer screening and diagnosis… these data are readily available for inclusion in risk modeling.”

Commenting on the prediction model, Maggie Lee DiNome, MD, David Geffen School of Medicine, University of California, Los Angeles, pointed out that higher fat content in the breast, as reflected by The Breast Imaging Reporting and Data System (BI-RADS) scoring system, is actually associated with a lower risk of breast cancer.

However, according to the current study’s findings, the same fatty composition in the breast was associated with an increased risk of lymphedema, an association that might be explained by impaired adipose homeostasis in the breast following surgery accompanied by compromised lymphatic vasculature, as the authors also suggested.

“The de-escalation of ALND has been driven in large part by the recognition that this procedure results in the development of lymphedema in nearly 25% of patients,” DiNome noted. Nevertheless, ALND remains the standard of care for patients with clinically node-positive disease or for those whose cancer was not downstaged by neoadjuvant chemotherapy. She added, “The ability to better predict the risk of lymphedema in these patients is essential not only for appropriate counseling but also for earlier identification and intervention to mitigate the risk of developing this potentially disabling complication.”

The authors reported no financial conflicts of interest.

DiNome had no conflicts of interest to disclose. Oral Health May Have an Important Role in Cancer Prevention