Caregivers Should Be Factored into AD Cost-Effectiveness Equation - Physician's Weekly
×

Caregivers Should Be Factored into AD Cost-Effectiveness Equation 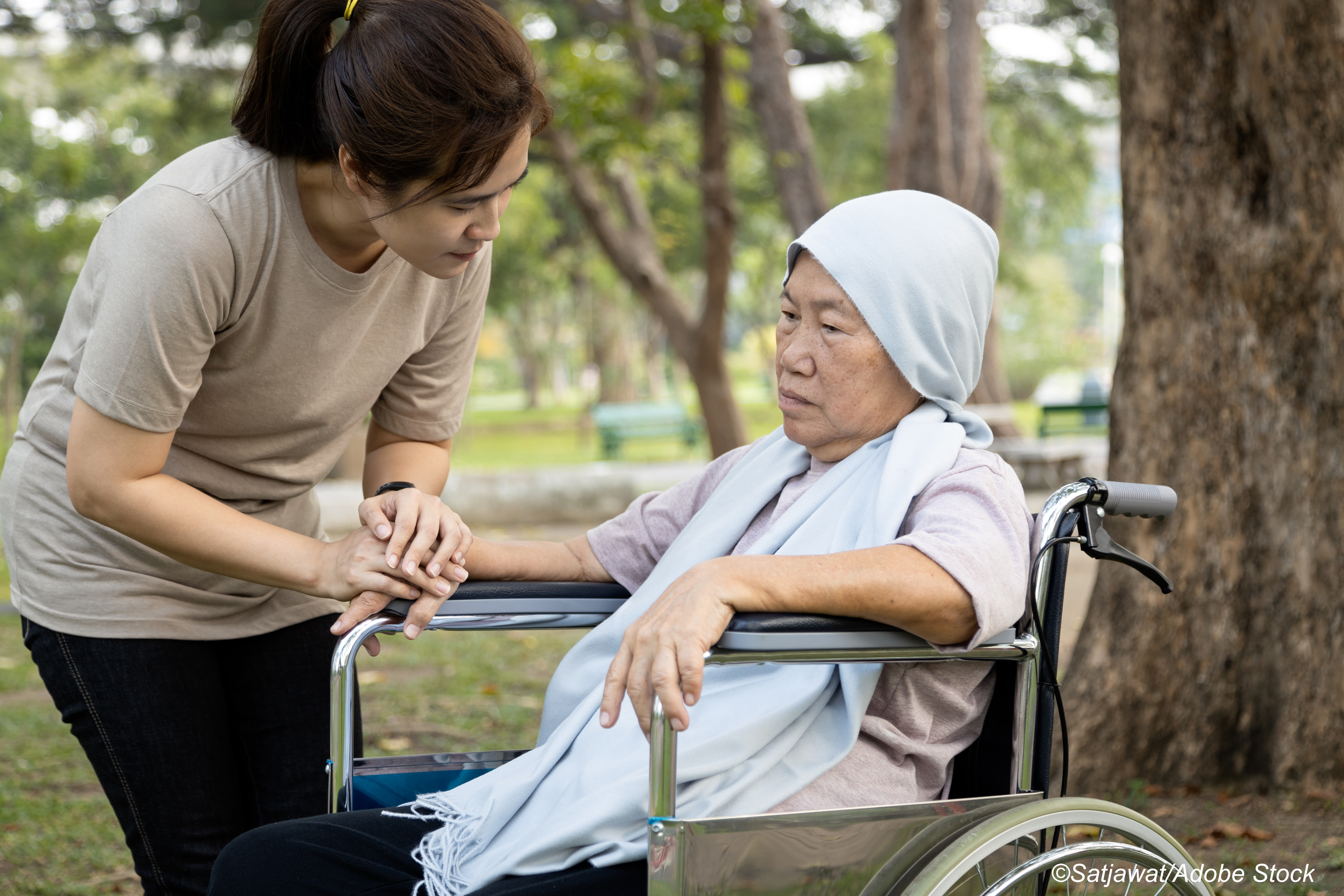 When analyzing the cost-effectiveness of a hypothetical disease-modifying Alzheimer’s Disease (AD) drug, researchers found that including estimates of the treatment’s impact on patient caregivers dramatically reduced the drug’s incremental cost-effectiveness ratio, suggesting that patient factors alone may be insufficient for determining overall treatment value.

In June 2021, the FDA made the controversial decision to grant accelerated approval to the monoclonal antibody aducanumab, marking the first novel AD treatment authorized in nearly 20 years. Since then, the move has been under fire from multiple fronts, with some experts arguing that there is little evidence that the drug’s ability to reduce amyloid plaques in the brain will translate into a reduction in cognitive decline. Another major concern is the hefty price tag for the drug, set at $56,000 per year.

Kouta Ito, MD, MS, of the Meyers Primary Care Institute in Worcester, Massachusetts, and colleagues did not discuss aducanumab in their economic evaluation published in JAMA Network Open, but they noted that, given the urgent need for effective disease-modifying treatments for AD, the cost of any widely used new treatment has the potential to strain health care budgets. “To ensure that new efficacious treatments for AD are rapidly adopted for use and access is provided to all patients who could benefit, it will be important to deal with potentially discordant perspectives on how to assess the value and frame the national debate on fair pricing for novel effective AD treatments,” they wrote.

“In this economic evaluation, the [incremental cost-effectiveness ratio] ICER for a hypothetical AD treatment decreased substantially when caregiver costs and utilities were included,” they found. “What is clear from our analyses is that the inclusion or exclusion of the estimated effects of AD treatments on individuals other than the patients themselves has major consequences for how cost-effective the treatment is judged to be. Whether the estimates of these caregiver effects used in our modeling are accurate or not, the change in cost-effectiveness results implies that modelers should attempt to perform similar scenario analyses for the modeling of any AD treatment.”

Ito and colleagues concluded that federal funders, researchers, and regulators should make data on caregiver effects a core outcome measure in any future trials on AD treatments. “Better data are needed with which to determine these effects,” they wrote, “and ultimately, policy makers and the public should be made aware of the potential importance—and the potential limitations—of analyses using a broader societal perspective when judging the value and fair price for novel AD treatments.”

In an editorial accompanying the study, Pei-Jung Lin, PhD, and Peter J. Neumann, ScD, both of Tufts Medical Center in Boston, pointed out that the majority of prior analyses on the subject of AD treatment cost-efficacy omitted caregiver quality-of-life effects, “because the field lacks consensus on whether to include such consequences, and perhaps because payers have little incentive to consider caregiver outcomes that do not directly affect payer budgets,” they wrote. “When such effects are considered, most studies, including that by Ito et al, simply sum patient and caregiver QALYs, but the approach raises questions—e.g., it can be difficult for AD caregivers, who typically serve as proxy respondents for patients, to disentangle their own preferences from the patient’s.”

In particular, Lin and Neumann pointed out the disproportionate impact of AD on women, people of color, and low-resource communities, suggesting that future value assessments should consider the ability for new AD treatments to reduce health care disparities.

They concluded that incorporating societal consequences into AD treatment cost-analyses will require “a change in how the field conceptualizes the value of therapies,” and Ito and colleagues’ suggestion to incorporate data on caregiver impact into clinical trials could be a step in the right direction.

For their analysis, Ito and colleagues used a validated patient-level microsimulation model, the AD Archimedes Condition Event (ACE) simulator, to simulate the prognosis of a hypothetical cohort of patients from the Alzheimer’s Disease Neuroimaging Initiative (ADNI) database who received a diagnosis of mild cognitive impairment. The simulated cohort included “patients who scored between 24 and 30 on the Mini-Mental State Examination and had a global Clinical Dementia Rating scale of 0.5, with a required memory box score of 0.5 or higher, at baseline,” they explained.

The study exposure was a hypothetical AD drug that would delay progression to dementia in individuals with mild cognitive impairment compared with usual care. The drug was priced at $16,000 per year based on the median average wholesale price of specialty drugs for chronic medical conditions approved by the FDA in the last 20 years.

The study authors also modeled an additional scenario in which the hypothetical treatment was instead given as a one-time treatment costing $100,000 with the same assumed long-term efficacy of repeated treatments costing $16,000 per year. In this simulation, the ICER came out to $186,000/QALY gained, “nearly indistinguishable from the base-case finding of $192,000/QALY gained for the repeatedly administered treatment.”

Ito and colleagues acknowledged that it is important to note there is no single best model for evaluating the cost-effectiveness of any treatment for AD, pointing out that their model, like all others, requires assumptions and has a number of limitations. However, they argued, no matter which model is used, “there remain principled arguments about whether including caregiver effects should be the primary perspective taken when evaluating the cost-effectiveness of treatments for AD.”

“An effective [AD] treatment will be used by millions of U.S. residents; however, this treatment will be very expensive, if not for the individual patient, for the population, potentially putting great strain on health budgets and insurance costs,” they added. “The use of formal cost-effectiveness analysis will play an influential role informing the public debate on the appropriate price for an AD treatment.”

Study limitations included that findings from the ADNI cohort and other model parameters used in this study may not be generalizable to the current population envisioned for AD treatment; their analysis was based on changes in a single measure of clinical outcome, the Clinical Dementia Rating scale Sum of Boxes, which may not capture the full clinical value of treatment to patients and their families; the modeled scenarios only focused on QALY to measure health gain; and the study did not include analyses of differing treatment adherence with patient and caregiver outcomes.

Both Lin and Neumann reported being members of the Center for the Evaluation of Value and Risk in Health at the Institute for Clinical Research and Health Policy Studies at Tufts Medical Center, which receives funding from government, private foundation, and pharmaceutical industry sources. Coauthor Lin reported receiving grants from the Alzheimer’s Association and the National Institutes of Health as well as personal fees from Biogen outside the submitted work. Coauthor Neumann reported consulting with PrecisionHEOR, Sarepta Consulting, and the Institute for Clinical and Economic Review; serving on the advisory board of the Congressional Budget Office, Sarepta Consulting, Biogen, the PhRMA Foundation, Avexis, Intercept, Bayer, Amgen, Cytokinetics, Sanofi, Panalgo, Merck, and Novartis; receiving grants from Amgen, Lundbeck, the Bill and Melinda Gates Foundation, the National Pharmaceutical Council, the Alzheimer’s Association, the National Institutes of Health, PhRMA Foundation, and Arnold Ventures outside the submitted work.