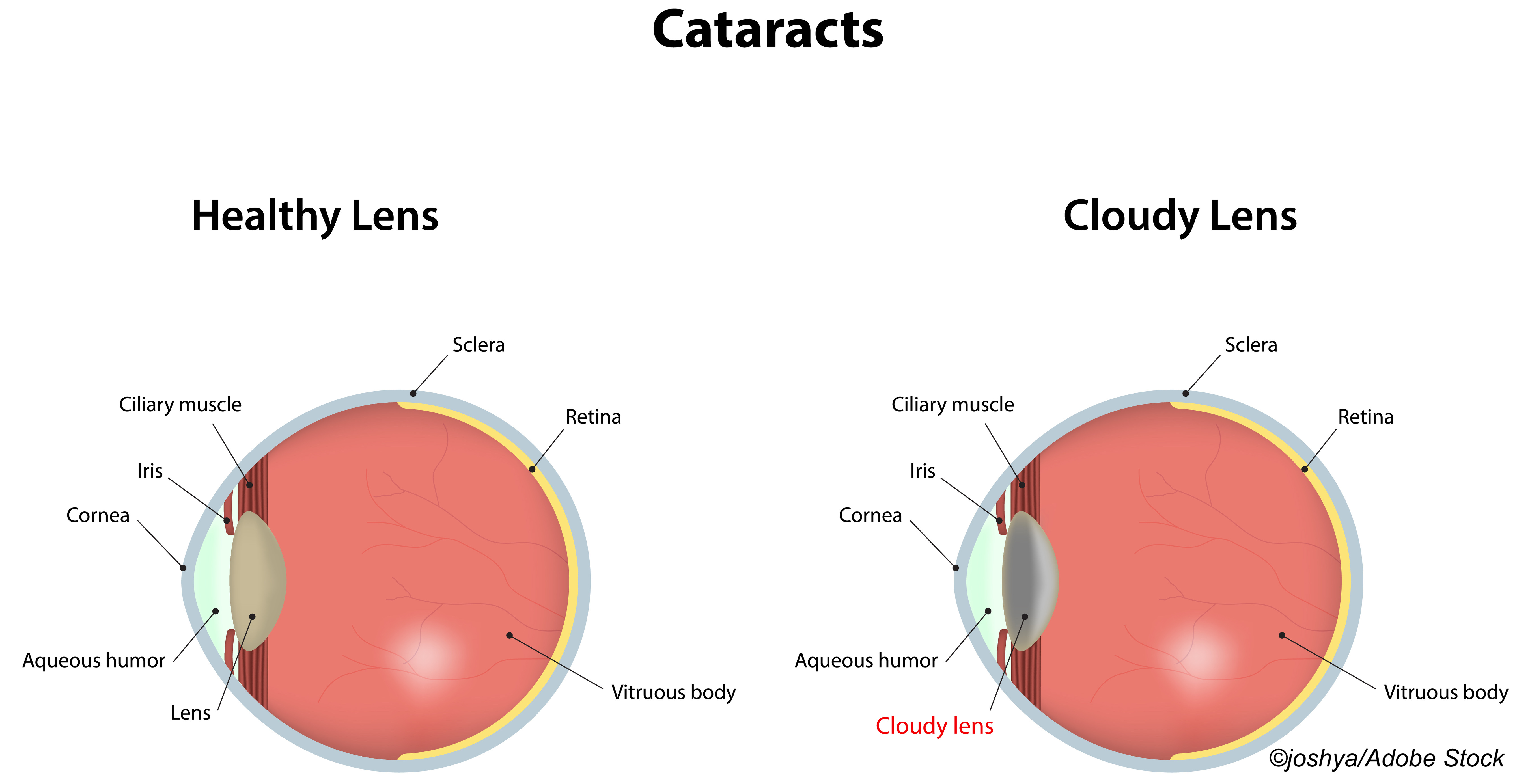 The procedure was significantly associated with a lower adjusted HR for development of all-cause dementia (HR 0.71, 95% CI 0.62-0.83, P<0.001), reported Cecilia Lee, MD, MS, of the University of Washington in Seattle, and co-authors.

The association was strongest the first five years after the procedure (HR 0.68, 95% CI 0.57-0.81, P<0.001), they wrote in JAMA Internal Medicine. Among variables including smoking history, sex, race, and genotype, only not having an APOE e4 allele was more protective than cataract surgery.

“These results have implications for the care of older persons who are uniquely at higher risk for both impaired vision due to cataract and impaired cognition due to neurodegeneration observed in age-related dementia,” Lee and co-authors wrote. “Given the substantial degree by which cataract extraction is associated with lower risk of dementia and its persistent effect beyond 10 years, the improvement in quality of life for the affected individuals and their family is likely considerable.”

The group analyzed data from the ongoing Adult Changes in Thought (ACT) study of Kaiser Permanente Washington members that began in 1994, evaluating people 65 and older who were dementia-free at enrollment. All had a diagnosis of cataract or glaucoma either before or after enrollment.

A total of 46% of the study population (1,382 people) underwent cataract extraction. Over a mean follow-up of 7.8 years, there were 853 cases of incident dementia, including 709 Alzheimer’s dementia cases. Mean follow-up was 7.8 years.

Any APOE e4 allele was present in 26% of the overall population and did not differ significantly between groups. Years of education was 14.8 overall with no significant group difference. Age at first cataract diagnosis did differ and was 74.0 in the cataract surgery group and 74.8 in the no-surgery group (P<0.001).

Controlling for cognitive score at the time of cataract diagnosis did not substantially alter HR estimates, and results for Alzheimer’s dementia alone were similar to those for all-cause dementia. Sensitivity analysis found glaucoma surgery, present in 14% overall, was not associated with decreased risk of dementia (HR 1.08, 95% CI 0.75-1.56, P=0.68).

“In essence, we used glaucoma surgery as a negative control,” Lee and co-authors wrote. “Admittedly, the two surgical procedures have different indications, so the comparison is only an approximate approach to address the possibility of healthy patient bias. Nonetheless, the present study may be the highest-quality evidence we will have to address the underlying question because there could be ethical and practical concerns regarding a trial that delays cataract surgery.”

While prior research has shown associations between sensory impairment and cognitive decline for both hearing and vision, there are mixed results for interventions improving impaired vision or hearing on reduction of dementia risk.

For cataract surgery specifically, a 2018 study of 2,764 patients found lower risk of mild cognitive impairment, but not dementia, among people who had cataract surgery, unlike a 2015 study that did find reduction in dementia risk with cataract surgery over 20 years of follow-up.

Several mechanisms may underlie the association between cataract extraction and dementia risk, Lee and co-authors noted. Visual impairment may lead to psychosocial difficulties, withdrawal from social interactions, and reduction in activity or exercise—all associated with cognitive decline. It also may decrease neuronal input, potentially accelerating neurodegeneration or magnifying its effect, they added.

The ACT study shows an important finding, observed Claire Sexton, DPhil, of the Alzheimer’s Association in Chicago, who was not associated with the research.

“We’ve seen in previous research that sensory impairments, like vision loss, are associated with a higher risk for dementia,” Sexton wrote in an email to BreakingMED. “But this research tells us that improving vision—in this case extracting cataracts—may reduce the risk of dementia. Still, the study is observational and more research is needed.”

“There is a strong message here for doctors that they need to assess and treat sensory impairment in their patients who are older adults and those with Alzheimer’s disease and other dementias,” Sexton added. “People with sensory impairments like vision or hearing loss should track them and discuss them with their doctor. Family members can play an important role in paying attention to sensory changes, and encouraging assessment and follow-up.”

Limitations of the study include the potential of reverse causation, since those developing cognitive problems may be less aware of vision problems and have cataract surgery at a later age. “Although this possibility cannot be completely ruled out, when we excluded cataract operations in the 2 years prior to dementia diagnoses, we found that the protection associated with surgery was even stronger,” the authors noted.

The mainly White study population may limit generalizability, they added. In addition, a diagnosis of Alzheimer’s disease was not supported with biomarkers.

Lee had no disclosures.