Closing An Eye for Better Vision Tied to Worse QoL 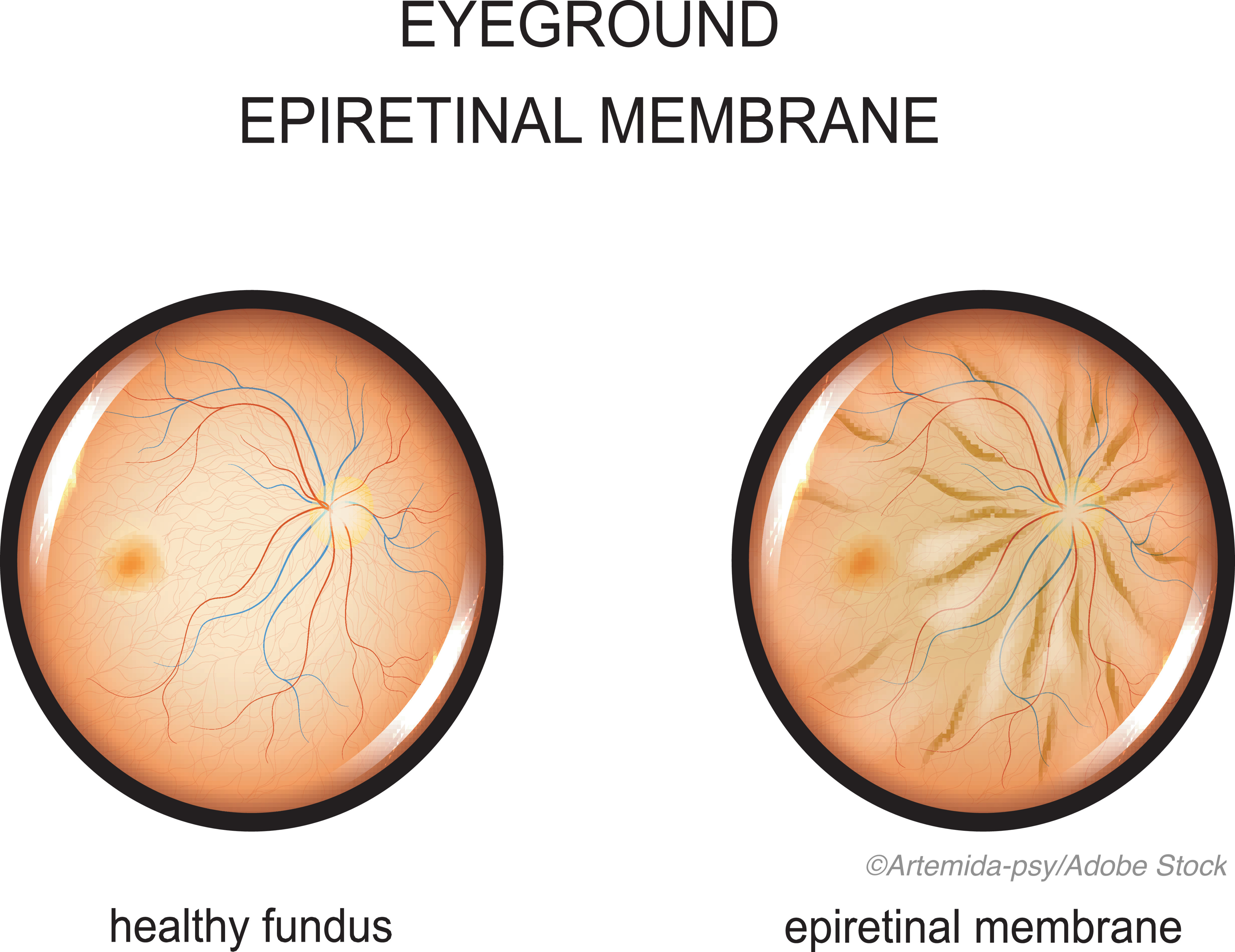 Patients with binocular interference more likely to have reduced function

Binocular interference, or monocular eye closure without diplopia or strabismus, was a distinct entity that affected quality of life (QoL) in patients with epiretinal membrane (ERM), researchers reported.

Patients with ERM and binocular interference also had poorer worst-eye visual acuity and a larger interocular difference versus those with central-peripheral rivalry-type diplopia (CPR-type diplopia), they wrote in JAMA Ophthalmology.

“We use the term binocular interference to describe this phenomenon, where the visual quality with both eyes open is worse than with only 1 eye, associated with the patient closing 1 eye,” the authors explained. “By using a single item on the AS-20 questionnaire (’I cover or close one eye to see things better’) we were able to comprehensively ascertain that patients were closing 1 eye for improved vision.”

They also found that, based on the patient-reported Diplopia Questionnaire, patients with binocular interference did not have diplopia, but they did have worse QoL than control patients with ERM who did not close one eye.

The authors offer “interesting data” by proposing that “binocular interference is a distinct entity,” noted Hilda Capó, MD, of the Bascom Palmer Eye Institute at the University of Miami Miller School of Medicine, in an invited commentary accompanying the study.

“However, characteristics that would differentiate this phenomenon from binocular inhibition remain unclear,” she said.

Capó explained that “binocular interference or awareness of a poorly sighted eye interfering with vision of the better-sighted eye during binocular viewing, is a subjective, self-reported symptom that may manifest by patients closing the affected eye.”

On the other hand, “binocular inhibition is an objective clinical finding, frequently based on visual acuity and contrast-sensitivity testing under monocular and binocular conditions, of which binocular interference may be a symptom,” she stated, adding that future studies are needed to clearly separate the two phenomena.

Holmes’ group looked at the records of patients at an adult strabismus clinic at a tertiary referral center. Patients with ERM referred from retina clinicians between June 2010 and October 2019 who completed the AS-20 questionnaire.

The main outcomes of the study were frequencies of:

They also found that compared with CPR-type diplopia, patients with binocular interference had:

They also evaluated a limited number of clinical parameters so “It would be of value to explore possible relationships with other clinical and optical coherence tomography parameters, and ocular dominance in a larger data set.”

Finally, they called for more research to “evaluate whether binocular interference may be present in patients with other eye diseases and to identify whether there is a role for nonsurgical or surgical treatments to improve or relieve symptoms.”

Capó reported no relationships relevant to the contents of this paper to disclose.