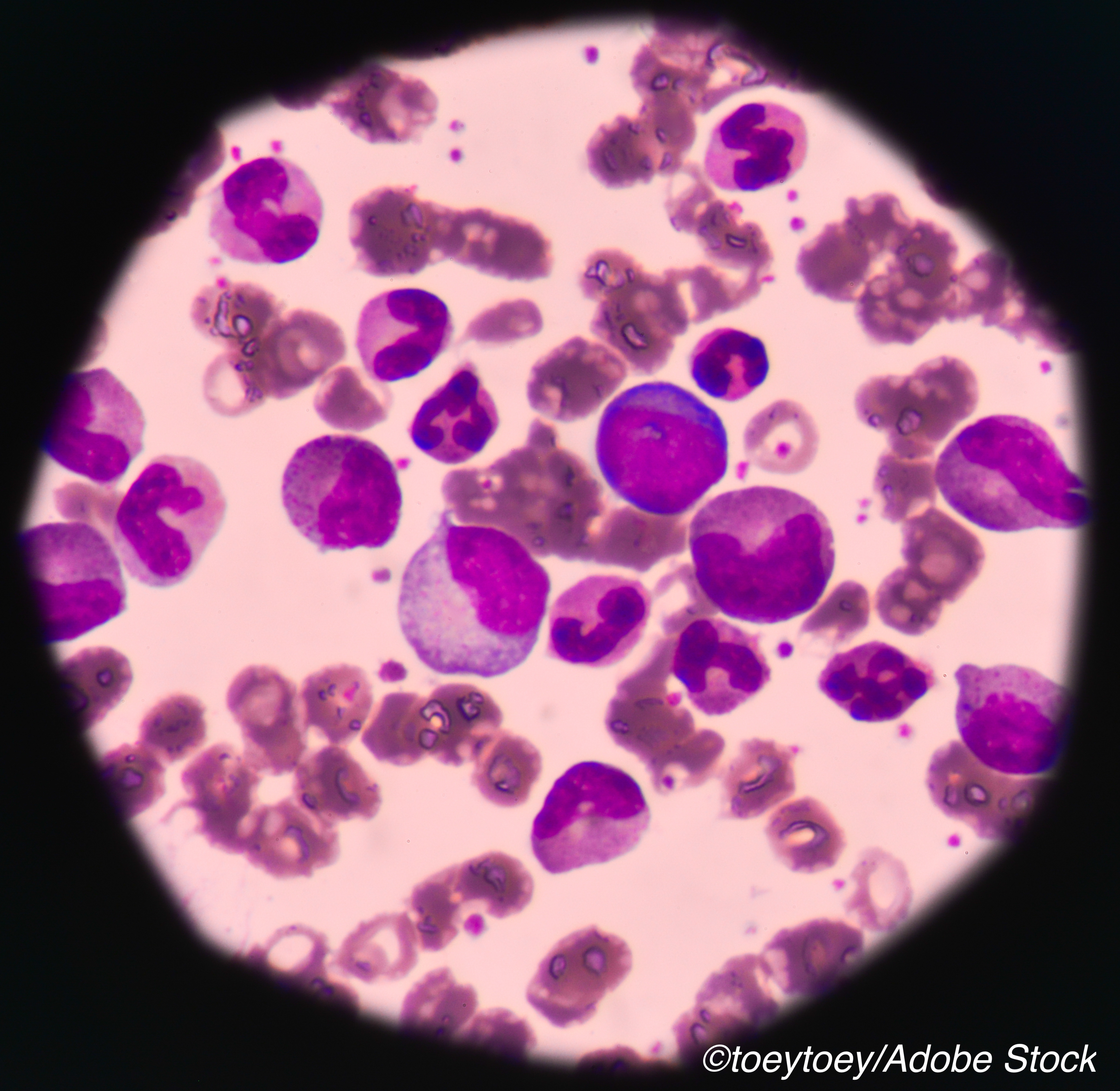 The incidence of complete remission at 36.7% was also higher with the azacitidine-venetoclax doublet than with azacitidine alone at 17.9% (P<0.001), while all other secondary endpoints favored the combination regimen in all cytogenetic risk groups as well.

“The prognosis in older patients with AML who are ineligible to receive intensive chemotherapy has been dismal,” DiNardo and fellow investigators observed.

“The combination of azacitidine plus venetoclax in this challenging patient population in this trial was an effective treatment regimen that led to significant improvements in the incidence of composite complete remission and overall survival,” they stated.

Two hundred eighty-six patients were randomized to the azacitidine-venetoclax combination while 145 patients received azacitidine alone. All patients were ineligible for standard induction therapy because of age, co-existing conditions, or both.

The median age of patients in both groups was 76 years; secondary AML was treated in 25% of patients in the combination arm and 24% in the single agent arm, and 36% and 39%, respectively, were categorized as poor cytogenic risk. Patients in both groups received azacitidine at a dose of 75 mg/m2 either subcutaneously or intravenously on days 1 through 7 every 28-day cycle. Venetoclax was given orally, once a day with food, at a starting dose of 100 mg on day 1, 200 mg on day 2 and 400 mg, the target dose, on day 3 which was continued until day 28. In all subsequent 28-day cycles, the dose of venetoclax remained at 400 mg a day, the investigators pointed out.

To mitigate the risk of cytopenia, treatment with venetoclax was interrupted between cycles in order to let blood counts recover after leukemic cells had been cleared from the bone marrow. Moreover, “[a]ll the patients were hospitalized on or before day 1 or cycle 1 and for at least 24 hours after receiving the final dose of venetoclax in order to receive prophylaxis against the tumor lysis syndrome and for monitoring,” DiNardo and colleagues noted.

It is noteworthy that only 3 patients—all in the combination arm—developed tumor lysis syndrome as the dose of venetoclax was being ramped up on days 1 through 3, the authors observed. The median duration of follow-up was 20.5 months (range <0.1 to 30.7 months).

All other secondary endpoints significantly favored the combination arm versus the single-agent arm:

“Gastrointestinal adverse events of any grade were common and predominantly included nausea… constipation… diarrhea… and vomiting,” the authors observed.

Interruption of treatment with the combination regimen owing to AEs occurred in almost three-quarters of patients as it did in over half of those receiving azacitidine alone.

The authors cautioned that interpretation of their findings should be tempered by the fact that the number of patients in each of the 2 treatment groups was relatively limited. They also cautioned that clinicians must continue to monitor and manage patients for signs of myelosuppression in order to ensure that treatment with this combination remains safe.

Commenting on the study, Charles Schiffer, MD, Wayne State University School of Medicine, Detroit, Michigan, observed that decades ago, azacitidine was used in high doses to treat AML but it did not lead to robust responses and had considerable toxicity.

After studies showed that lower doses could restore gene expression suppressed by hypermethylation, “it was repurposed as an ’epigenetic modifier’,” Schiffer noted.

“[A]s documented by DiNardo et al, noteworthy synergism is associated with the combination of azacitidine and venetoclax, with meaningfully higher responses than those with azacitidine alone,” he pointed out. Schiffer also felt that the regimen had “acceptable” toxicity in what was a relatively frail population and that it had the potential to allow patients to be treated in an outpatient setting.

Nevertheless, resistance to the combination does appear to develop, as there were persistent relapses despite continued monthly therapy during the study. Venetoclax is also myelosuppressive and thus may be difficult to add to conventional chemotherapy which causes myelosuppression in and of itself, Schiffer noted.

However, the study did indicate that response rates were highest among patients with FLT3 mutations as well as those with IDH2 mutations and oral inhibitors of these mutations have now been approved for patients with AML who relapse.

Trials of venetoclax combined with these targeted agents are currently in progress, Schiffer wrote.

The VIALE-A study was funded by AbbVie and Genentech.