Covid-19: Among Nursing Home Residents, Who Has the Highest Death Risk? | Physician's Weekly
×

Covid-19: Among Nursing Home Residents, Who Has the Highest Death Risk? 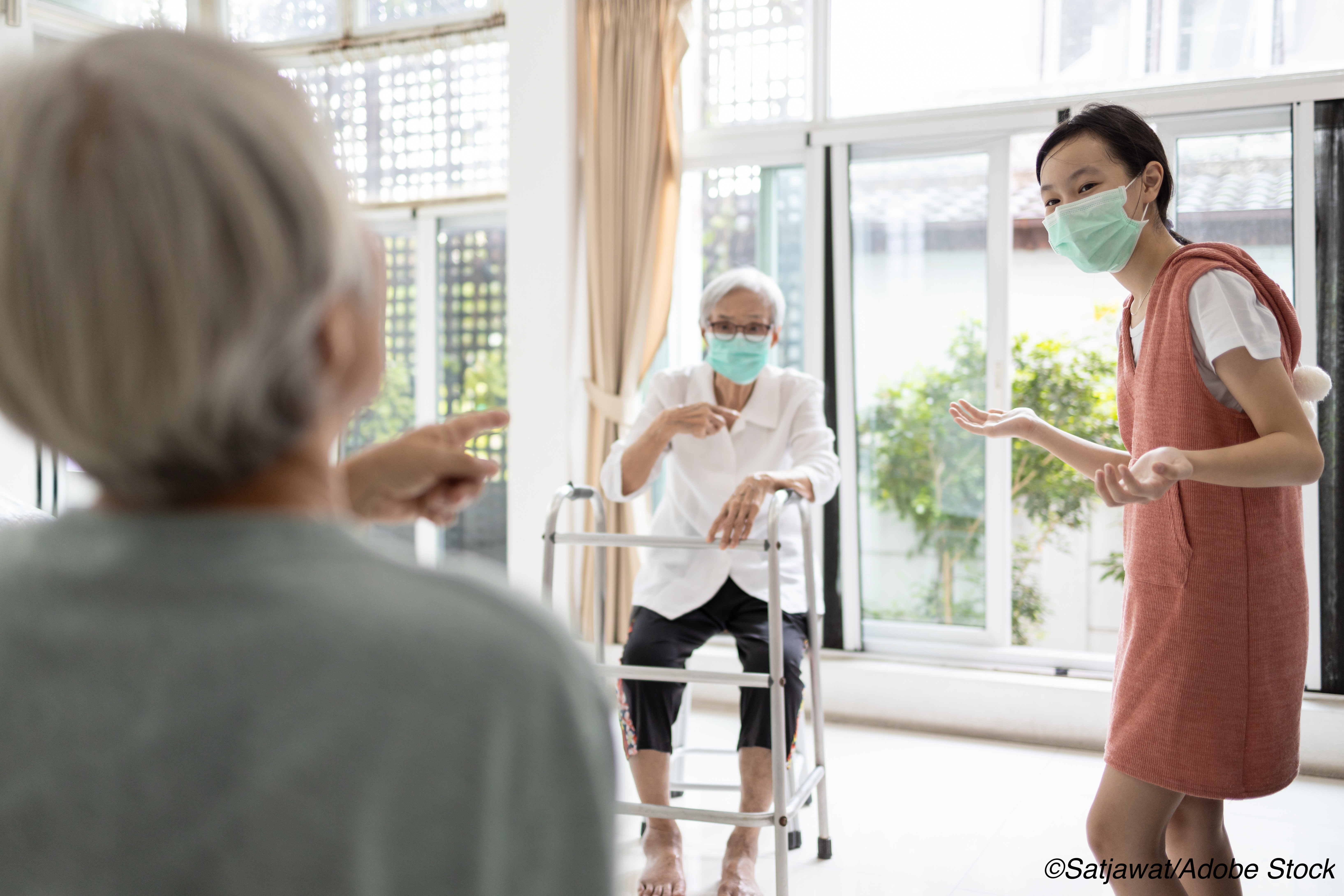 Also, women had a lower risk for 30-day mortality than men (odds ratio 0.69, 95% CI 0.60-0.80), while the odds of death were higher for those with certain comorbidities and those with cognitive impairment.

The authors stressed that “the associations of these factors with mortality were not accounted for by variations in nursing home quality.”

As of Oct. 2020, the Centers for Medicare & Medicaid Services has reported more than 435,000 suspected or confirmed cases of Covid-19 in nursing home residents, with deaths topping 60,000, while in Europe, about half of all Covid-19 deaths occurred in older adults living in nursing homes, they explained.

The current study offers “a more comprehensive picture of Covid-19 prognosis in nursing home residents that might help clinicians care for this population,” Aliberti and Avelino-Silva wrote. “In a scenario in which age is unlikely to provide additional prognostic granularity (i.e., most nursing home residents have advanced age), assessing a broader spectrum of vulnerabilities can help identify those who are less likely to survive after being infected with SARS-CoV-2,” such as residents with cognitive and functional issues who may face a higher mortality risk.

Panagiotou’s group also put forth an alternative method to lab testing — not always easily available in nursing homes — by highlighting “predictors of death that are easily obtained, accessible on medical records, or quickly collected during a short bedside evaluation,” they noted.

The authors conducted the cohort study at 351 U.S. nursing homes among 5,256 nursing home residents (61% white; 71% white; median age 79) with Covid-19-related symptoms who had severe acute respiratory syndrome coronavirus 2 (SARS-CoV-2) infection confirmed by polymerase chain reaction (PCR) testing between March and Sept. 2020. The main outcome was death due to any cause within 30 days of a resident’s first positive PCR test.

“In the current analysis, we were interested in mortality among symptomatic patients,” they explained. “We therefore included all residents who had positive test results regardless of the mode of testing and also had Covid-19-related symptoms starting in a time window ranging from 5 days prior to and up to 14 days after testing.”

Panagiotou’s group reported that 78% of the participants had hypertension, 48% had dementia, 40% had type 2 diabetes, 26% had chronic kidney disease (CKD), 50% had fever, 19% had hypoxia, 17% had tachycardia, and 11% had shortness of breath. Within 30 days of the first positive test result, 21% of the participants died and 79% were alive.

The authors also reported the following odds of death for residents with:

The authors pointed out that the latter finding was in line with results from a Sept. 2020 study on risk factors for hospitalization, mechanical ventilation, and death among Covid-19 patients, but that other research has tied outbreaks to nursing homes with more Black residents located in predominantly Black communities. “It is plausible that Black residents are at higher risk of SARSCoV-2 acquisition but once infected they are not more likely to die,” they stated.

Study limitations included the fact that the “estimates of associations reported here may not reflect causal effects,” Panagiotou and co-authors explained. Also, the results may not apply to asymptomatic, older nursing home residents or to community-dwelling older adults. Finally, the data was calculated based on mortality events during the first wave of the pandemic and most in facilities in Northeastern states.

“Because the pandemic is still ongoing and data from more recently affected states… are emerging, updated analyses would be needed to confirm our findings,” they stated.

Of course, the research was done prior to the deployment of Covid-19 vaccines. According to the Operation Warp Speed schedule, nursing home residents were scheduled to be among the first recipients of the vaccines, but the program is behind schedule.

The authors offered one major take-home message for clinicians: Take a closer look at frailty among nursing home residents. “The association of frailty with mortality outcomes among patients with Covid-19 has been demonstrated in studies of hospitalized or community-based older adults,” they wrote, but “our findings add an illustration of how different components of frailty are associated with mortality risk in an already vulnerable population of nursing home residents.”

The study was supported the National Institute on Aging (NIA).