Covid-19 and Alzheimer’s Disease Psychosis: A Role for Pimavanserin?

Data from an RCT found the antipsychotic effective for symptom control 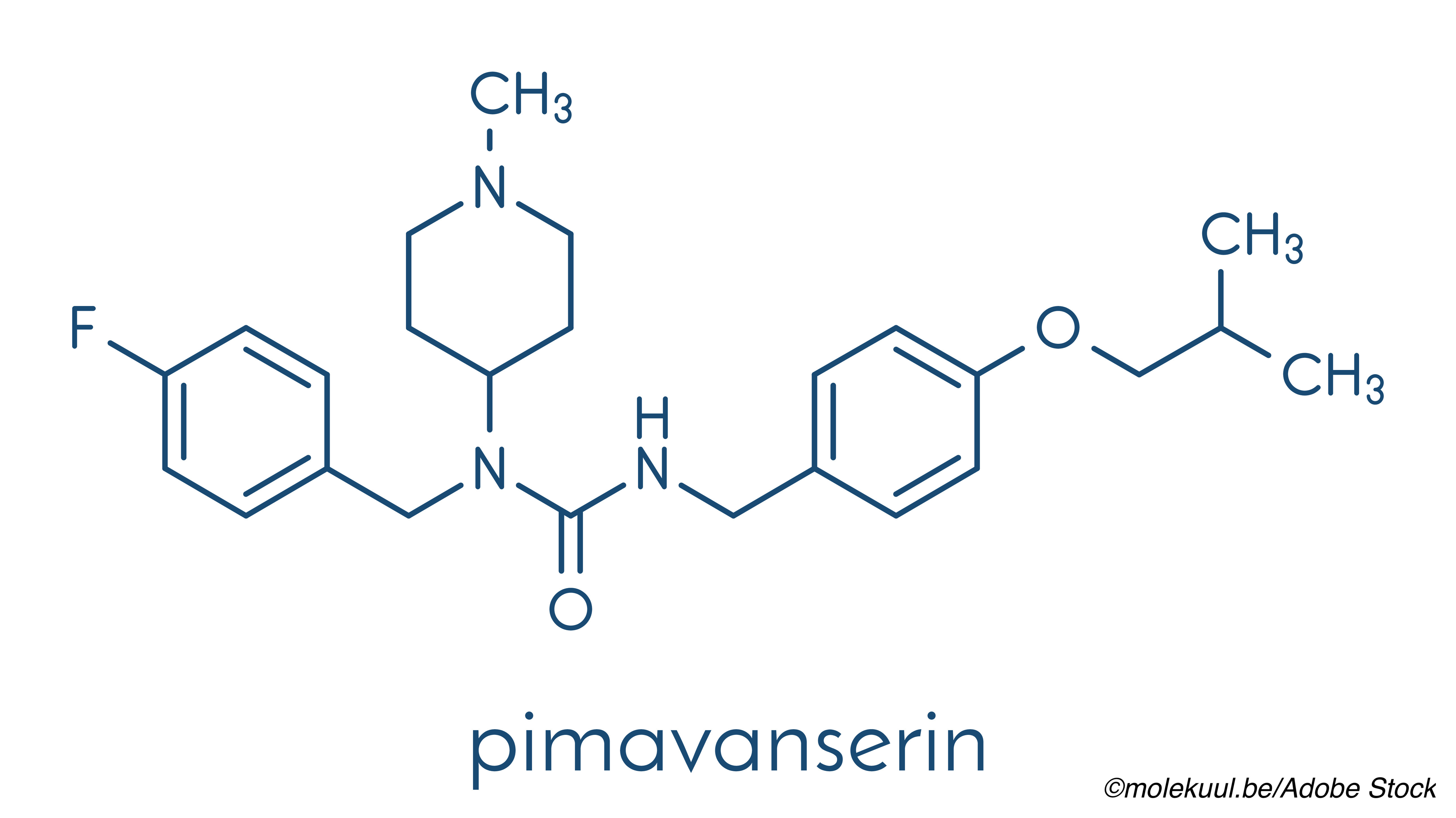 Pimavanserin showed efficacy for patients with Alzheimer’s disease psychosis (ADP) in improving symptoms of psychosis, as well as agitation and aggression, in a 12-week randomized, double-blind, placebo-controlled trial. This finding may be of particular importance in the era of Covid-19, as a recent study found that delirium may be one of the presenting symptoms of the virus in elderly patients with dementia.

The need for a treatment for ADP may be even more acute in age of Covid-19, given findings from a study by a team of Italian researchers.

Tino Emanuele Poloni, MD, of the Department of Neurology and Neuropatholgy, Golgi-Cenci Foundation, Milan, and colleagues suggested that delirium is possibly a prodromal phase of Covid-19, especially in patients with dementia who also present with lymphopenia. Their small, single center, retrospective chart review of 59 nursing home residents with dementia found that more than 96 % of these residents tested positive for Covid-19. All of them had comorbidities, with 18 of the 57 residents with Covid-19 having three or more concomitant diseases.

Currently, there is no approved treatment for ADP, but pimavanserin is FDA-approved for the treatment of hallucinations and delusions associated with Parkinson’s disease psychosis (PDP). However, a 6-week, randomized, placebo-controlled trial showed that 51% of patients treated with pimavanserin had a 50% or more improvement in psychotic symptoms (hallucinations and delusions) over baseline, based on the Neuropsychiatric Inventory-Nursing Home Version-Psychosis Score (NPI-NH-PS). The current trial by Ballard and colleagues is a post-hoc analysis of this trial to determine if pimavanserin was also effective in reducing the severity and frequency of agitation and aggression in this patient population.

While anxiolytics or typical and atypical antipsychotic drugs have been prescribed for hallucinations and delusions in ADP, there are “considerable adverse effects,” the study authors pointed out.

Ballard and colleagues conducted a post-hoc analysis of the 12-week phase II ACP-103-019 (NCT02035553) trial and evaluated the efficacy of pimavanserin (34 mg) versus placebo for the reduction of psychotic symptoms, which were evaluated as change from baseline of the NPI-NH-PS score at 6 weeks. “At baseline and after 2, 4, 6, 9, and 12 weeks of pimavanserin treatment or placebo, the NPI-NH and the Cohen-Mansfield Agitation Inventory-Short Form (CMAI-SF) were administered,” the study authors explained.

Responsiveness and non-responsiveness to pimavanserin for psychotic treatments, particularly its effect on agitation and aggression symptoms, were measured. Responders were defined as those who had a ≥50% improvement from baseline on NPI-NH-PS at week six; those who did not were dubbed non-responders. Additionally, the subgroup of patients treated with the study drug who had more severe agitation and aggression at baseline were also categorized into either responders or non-responders according to the NPI-NH subscale score for agitation/aggression higher than ≥6, which is considered the midpoint.

The study population included nursing home patients with Alzheimer’s disease 50 years or older who “exhibited psychotic symptoms severe enough to warrant treatment with an NPI-NH score of ≥4 in either the delusions or hallucinations domain or a combined score of ≥6 for both measures (delusions + hallucinations),” the study authors wrote. There were 181 patients who met the inclusion criteria — 90 were randomized to the pimavanserin arm and 91 to placebo. The patient’s overall mean age was about 86, and most were female.

Pimavanserin is under review with the FDA for the treatment of hallucinations and delusions associated with ADP, with a decision pending for April 2021.

Limitations of the study include its post-hoc design and small sample size of pimavanserin-treated patients in the subgroups.

And Then Came Covid-19

In a commentary on Poloni et al’s study, Huali Wang, MD, PhD, from the Dementia Care and Research Center, Beijing, China, noted that “40% – 60% of people with dementia in residential care facilities experience behavioral and psychological symptoms such as agitation, psychosis, or apathy.” Wang also observed that previous studies have found neurological changes in patients who contract the SARS-CoV-2 virus.

“Neuropsychiatric changes may characterize either acute or long-term brain dysfunction. The inflammatory process in the central nervous system (CNS), prodromal hypoxia, acute pain, impaired attention, and cognitive-communication deficits due to coronavirus infection may contribute to delirium. Therefore, it was not surprising that Poloni et al found a high prevalence of delirium among people with dementia and Covid-19,” Wang wrote.

The significance of this finding, Wang noted, is that if delirium is a prodromal phase of Covid-19, early recognition and testing of dementia patients could help quell the spread of the infection, especially in nursing home settings. However, Wang and Poloni both pointed out that DOC was not seen in house-call service patients and was rarely seen in patients presenting to the emergency room, with the former possibly being because caregivers were not well-versed in recognizing delirium.

Ballard has received grants and personal fees from ACADIA Pharmaceuticals.