Covid-19: Azithromycin Appears to Have No Benefit in Hospitalized Patients

No benefit in clinical progression seen in COALITION II study 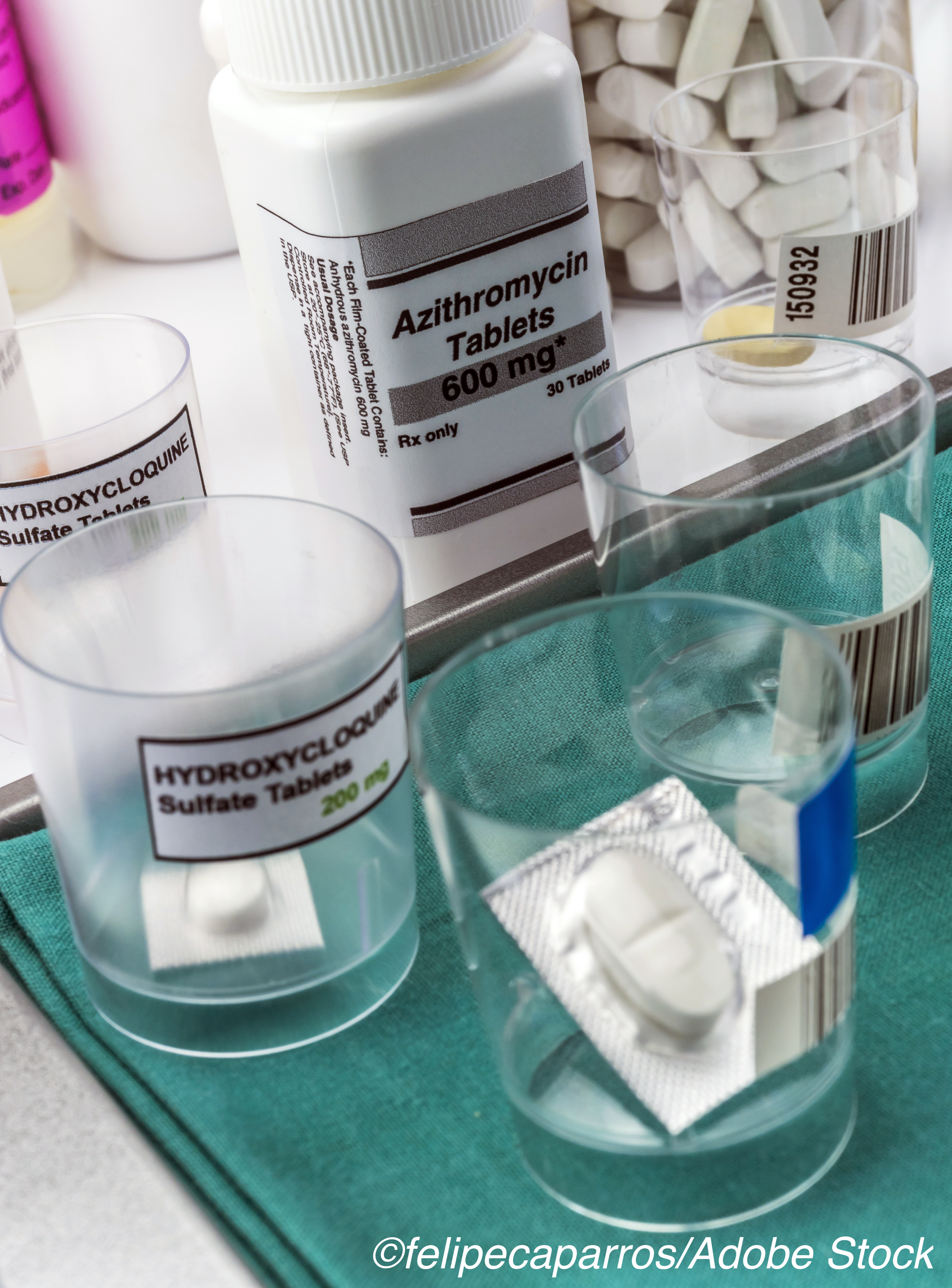 Adding azithromycin to hydroxychloroquine was not associated with better outcomes among patients hospitalized with severe Covid-19 in a large, multicenter clinical trial from Brazil.

No benefit was shown for adding the widely prescribed antibiotic to standard care, which included hydroxychloroquine, in terms of clinical status and mortality (odds ratio, 1.36; 95% CI, 0.94-1.97; P=0.11) in the COALITION II trial.

The findings, published in The Lancet, “do not support the routine use of azithromycin in combination with hydroxychloroquine in patients with severe Covid-19,” wrote researcher Remo Furtado, MD, of Hospital Israelita Albert Einstein, São Paulo, Brazil, and colleagues.

The trial results corroborate those of the companion COALITION I study, published in late July, which evaluated hydroxychloroquine with or without azithromycin in patients with mild-to-moderate Covid-19.

In that trial, no significant clinical difference was observed in outcomes among patients taking hydroxychloroquine, with and without azithromycin.

In an editorial published with the latest study, Catherine Oldenburg, PhD, and Thuy Doan, MD, PhD, of the University of California, San Francisco, wrote that COALITION I and II suggest no benefit for azithromycin in patients whose disease has progressed to the point that they require hospitalization.

Oldenburg and Doan are currently recruiting patients for a telemedicine-based trial designed to evaluate the efficacy of a single dose of azithromycin for preventing Covid-19 progression in patients with a recent positive SARS-CoV-2 diagnosis who are not hospitalized.

“Because azithromycin is currently the most commonly prescribed outpatient therapy for Covid-19, establishing whether azithromycin is helpful earlier in the disease course is an important research priority,” they wrote. “If azithromycin does not have a role in the treatment of Covid-19, avoiding its use would reduce unnecessary antibiotic consumption.”

The COALITION II open-label study — conducted at 57 treatment centers in Brazil — included adult patients hospitalized for Covid-19 who had symptom onset no more than 14 days prior to recruitment and had evidence of severe disease, defined by need for supplemental oxygen of more than 4 L/min flow; use of high-flow nasal cannula; use of non-invasive positive-pressure ventilation; or use of mechanical ventilation.

Patients were randomly assigned (1:1) to azithromycin (500 mg via oral, nasogastric, or intravenous administration once daily for 10 days) plus standard of care or to standard of care without macrolides.

All patients received hydroxychloroquine (400 mg twice daily for 10 days), which was standard protocol in Brazil at the time of the study.

The primary outcome was clinical status at day 15 after randomization, which was assessed by a treatment-blinded committee evaluating a six-point ordinal scale, with levels ranging from 1 to 6 and higher scores indicating a worse condition (with odds ratio [OR] greater than 1.00 favoring the control group).

A total of 447 patients were enrolled from March 28 to May 19, and Covid-19 was confirmed in 397 patients who constituted the modified intention-to-treat (mITT) population (214 were assigned to the azithromycin group and 183 to the control group).

In the mITT population, the primary endpoint was not significantly different between the azithromycin and control groups and rates of adverse events, including clinically relevant ventricular arrhythmias, resuscitated cardiac arrest, acute kidney failure, and corrected QT interval prolongation, were not significantly different between the two groups.

There was no evidence of a difference in outcomes by sex, but a prespecified subgroup analysis suggesting worse clinical status at 15 days in younger patients treated with azithromycin.

In their editorial, Oldenburg and Doan wrote that a major strength of COALITION II was the randomization, “which eliminated the confounding by indication inherent in observational analysis.”

The study’s open-label design could be seen as a limitation, while the use of outcome adjudicators blinded to the treatment was a strength, they wrote.

“Although masking outcome assessors is an important step toward minimizing bias, open-label designs are more prone to bias than fully masked placebo-controlled trials,” they wrote. “With the use of a placebo, treating physicians, patients and others involved in patient care are unaware of the patient’s treatment assignment. Differences in patient care between groups could influence outcomes, even with the use of masked outcome assessors.”

“Given the results of trials assessing hydroxychloroquine in Covid-19, it is unlikely that hydroxychloroquine has any effect on disease progression, but its use might bias estimates toward the null compared with treatment with azithromycin alone.”

They concluded that placebo-controlled trials in hospitalized patients with Covid-19 and in patients with mild-to-moderate disease who are not hospitalized “would strengthen the evidence and provide a comprehensive understanding of the role of azithromycin in Covid-19.”

This research was funded by COALITION COVID-19 Brazil and EMS.

Researcher Remo Furtado reported grants and non-financial support from EMS during the conduct of the study; grants and personal fees from AstraZeneca, personal fees from Servier, and grants from Pfizer, Novo Nordisk, DalCor, Novartis, and Janssen, outside the submitted work. Other researchers also reported industry funding unrelated to the COALITION II study. Spain’s coronavirus deaths pass 14,500, but real toll may be bigger