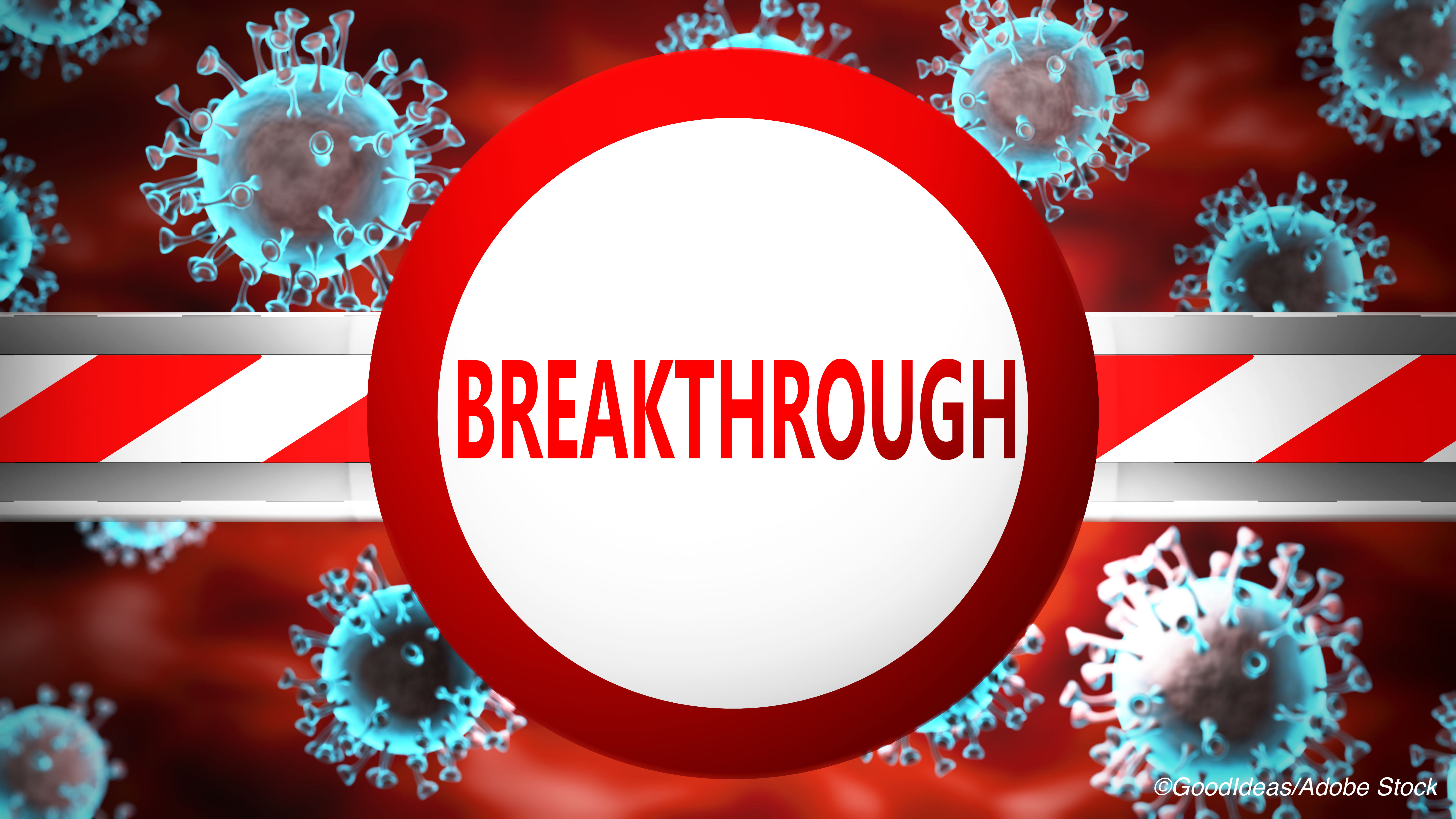 But breakthrough cases appeared capable of transmitting infection to others

Breakthrough cases of Covid-19 were rare and largely asymptomatic in a group of fully vaccinated health care workers in Israel, but testing suggested that workers who did become infected after receiving the BNT162b2 mRNA vaccine could transmit the virus to others.

Of the close to 1,500 health care workers who participated in the Israeli study, 39 had RT-PCR-documented SARS-CoV-2 breakthrough infections which were mostly mild or asymptomatic.

And 3-out-of-4 breakthrough cases were found to have high viral loads at some point during infection, suggesting that these people could transmit the virus.

This group included some workers without symptoms whose infections probably would not have been detected without the rigorous screening protocol adopted during the study, which was published online July 28 in The New England Journal of Medicine.

“This factor suggests that at least in some cases, the vaccine protected against symptomatic disease but not against infection. However, no secondary infections were traced back to any of the breakthrough cases, which supports the inference that these workers were less contagious than unvaccinated persons, as has been reported previously,” wrote researcher Gili Regev-Yochay, MD, of Sheba Medical Center, Ramat Gan, Israel, and colleagues.

“Most important, we found that low titers of neutralizing antibody and S-specific IgG antibody may serve as markers of breakthrough infection,” they wrote.

The study was published a day after the U.S. Centers for Disease Control and Prevention changed its guidance for fully vaccinated people to recommend that those living in areas with high SARS-CoV-2 transmission wear masks indoors. The move came after weeks of rising Covid-19 cases and hospitalizations in certain parts of the U.S. due to the rapid spread of the highly transmissible Delta (B.1.617.2) variant.

At the time the Israeli study was conducted, the B.1.1.7 (Alpha) variant accounted for around 85% of both community prevalence and study cases, and researchers noted that the trial was not designed to address the question of breakthrough infections specific to variants of concern.

Sheba Medical Center is the largest medical center in Israel, with a staff of close to 12,600 employees, including health care workers, students, and volunteers. Between mid-September, 2020 and late-April 2021, a total of 91% of personnel received 2 doses of the BNT162b2 mRNA vaccine.

During this period the center was also ramping up efforts to identify new cases of Covid-19 among staffers. These efforts included daily health questionnaires, a telephone hotline, extensive epidemiologic investigations of exposure events, and contact tracing of infected patients and employees.

RT-PCR was available to all symptomatic workers and those with exposure to an infected person, regardless of vaccination status, and antigen-detecting rapid diagnostic testing (Ag-RDT) was also available as an initial screening tool. Serologic assays and genomic sequencing were also performed.

Workers with breakthrough infections who had antibody titers obtained within a week before SARS-CoV-2 detection (peri-infection period) were matched with 4 or 5 uninfected controls and generalized estimating equations were used to predict the geometric mean titers among cases and controls and the ratio between the titers in the two groups.

Neutralizing antibody titers in case patients during the peri-infection period were lower than those in matched uninfected controls (case-to-control ratio, 0.361; 95% CI, 0.165-0.787).

The researchers wrote that neutralizing antibody titers are “typically not readily available, and a more practical immune-correlate of protection is required, such as the anti-S IgG titer.”

“This finding was consistent with the hypothesis that the neutralizing antibody titer after vaccination is a marker of overall immune response and suggested a possible role for the IgG titer,” they wrote. “Thus, a decrease in the titer of either of these antibodies (rather than in the peak titer) may not accurately predict a decrease in protection.”

The researchers previously reported that 95% of vaccinated health care workers had neutralizing antibody titer of more than 256 within 2 weeks of receiving their second dose of the BNT162b2 mRNA vaccine.

They wrote that it “remains to be determined whether the decay of serum antibody levels is a good indicator for the timing of booster administration.”

“The degree of protection may depend more on the initial immune response than on the decay of antibody levels, since memory cells are expected to respond to future exposures,” they wrote, adding that “Our results suggest that the peak antibody titers also correlated with protection, despite the low number of cases in our study.”