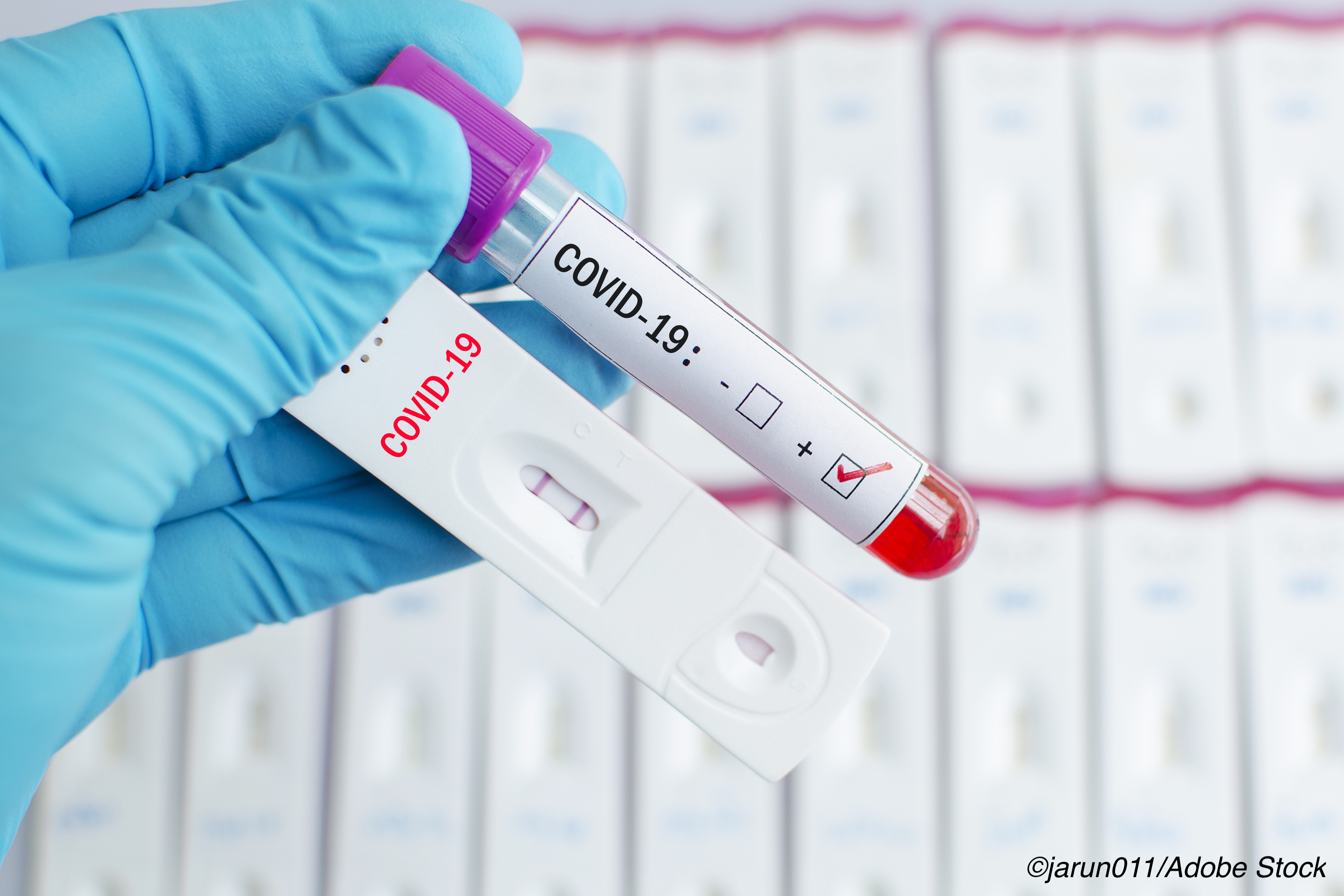 Rapid point-of-care testing for suspected Covid-19 was associated with a median testing-to-result turnaround time of just 1.7 hours, with a sensitivity and specificity of 99.4% and 98.6%, respectively, in a study from the United Kingdom.

Researchers evaluated the rapid QIAstat-Dx Respiratory SARS-CoV-2 platform in just over 1,000 patients evaluated for suspected Covid-19 at a large teaching hospital in Southampton, UK, between mid-March and late-April.

The panel has been greenlighted for use for the detection of SARS-CoV-2 infection by the FDA under an Emergency Use Authorization (EUA).

Compared to centralized PCR testing, the routine point-of-care testing was associated with improvements in the use of infection control measures, patient flow, and patient enrollment into clinical trials, wrote researcher Nathan J. Brendish, PhD, of the University of Southampton.

The non-randomized study is among the first to explore the real-world impact of point-of-care rapid testing, and Brendish and colleagues concluded that implementation of appropriate rapid-testing platforms in hospital emergency departments and admission is urgently needed “in preparation for the next phase of the pandemic.”

“The use of point-of-care testing led to a large reduction in the time to availability of results compared with laboratory PCR, and this reduction was associated with improvements in infection control measures and patient flow, with patients spending around 1 day in assessment areas and having fewer bed moves before arriving in definitive Covid-19-positive or Covid-19-negative clinical areas,” they wrote in The Lancet, published online Oct. 8.

In an editorial published with the study, infectious disease specialist Luke S.P. Moore, MRCP, PhD, of Imperial College London, UK, wrote that the Covid-19 pandemic has highlighted the issue of inequitable diagnostic capacity.

“It would, therefore, behoove the global response to the pandemic if the development and evaluation of molecular tests enabled deployment in a variety of settings, including those without robust laboratory infrastructure,” Moore wrote. “Whether the platform evaluated by Brendish and colleagues, or indeed any of the rapid near-patient SARS-CoV-2 platforms, might fit the bill remains to be seen.”

The study by Brendish and colleagues included 499 patients who received the point-of-care testing for SARS-CoV-2 between March 20 and April 29 at Southampton General Hospital, which serves a population of roughly 650,000 people in the UK. A total of 555 contemporaneously identified patients were tested by laboratory PCR.

The platform used in the non-randomized study detects two gene targets – ORF1b and the E gene – in a single assay, and detection of either gene is considered positive for SARS-CoV-2 infection. Laboratory PCR testing was also conducted in most of the patients in the point-of-care testing group, and when results between the rapid and laboratory PCR testing were discordant, additional PCR testing was performed.

The rapid testing and conventional testing groups were similar with regard to the distribution of sex, age, and ethnicity.

“In addition to testing symptomatic acute admissions to hospital, point-of-care testing could also be used for assessing elective hospital admissions, primary care patients, hospital staff, and care home staff and residents, as well as for airport screening, school screening, and even population-level screening,” the researchers wrote. However, because of the insufficient availability of suitable point-of-care testing platforms for all these uses at present, prioritization is necessary and should initially be given to acute admission to hospitals to prevent nosocomial infections.”

A study limitation cited by the researchers was the non-randomized design, which could lead to bias. They attempted to control for this by using multivariable analyses for key outcomes.

“Although the results of this study are compelling, they are not fully definitive and ideally should be confirmed with a randomized trial,” they wrote.

This research was funded by the University Hospitals Southampton NHS Foundation Trust. It was also suppported by Qiagen (Hilden, Germany and Germantow, Maryland), which provided discounted equipent and consumables.

Principal researcher Tristan W. Clark received fees unrelated to this study from BioFire Diagnostics and BioMerieux; consultancy fees from Synairgen Research, Randox Laboratories, and Cidara Therapeutics; is a member of an advisory board for Roche and a member of two independent data monitoring committees for trials sponsored by Roche; and has acted as the UK chief investigator for an investigational medicinal product study sponsored by Janssen. All other authors reported no competing interests.

Varying Inoculum Dose to Assess the Roles of the Immune Response and Target Cell Depletion by the Pathogen in Control of Acute Viral Infections.

An epidemiological survey of the current status of Zika and immune interaction between dengue and Zika infection in Southern Taiwan.