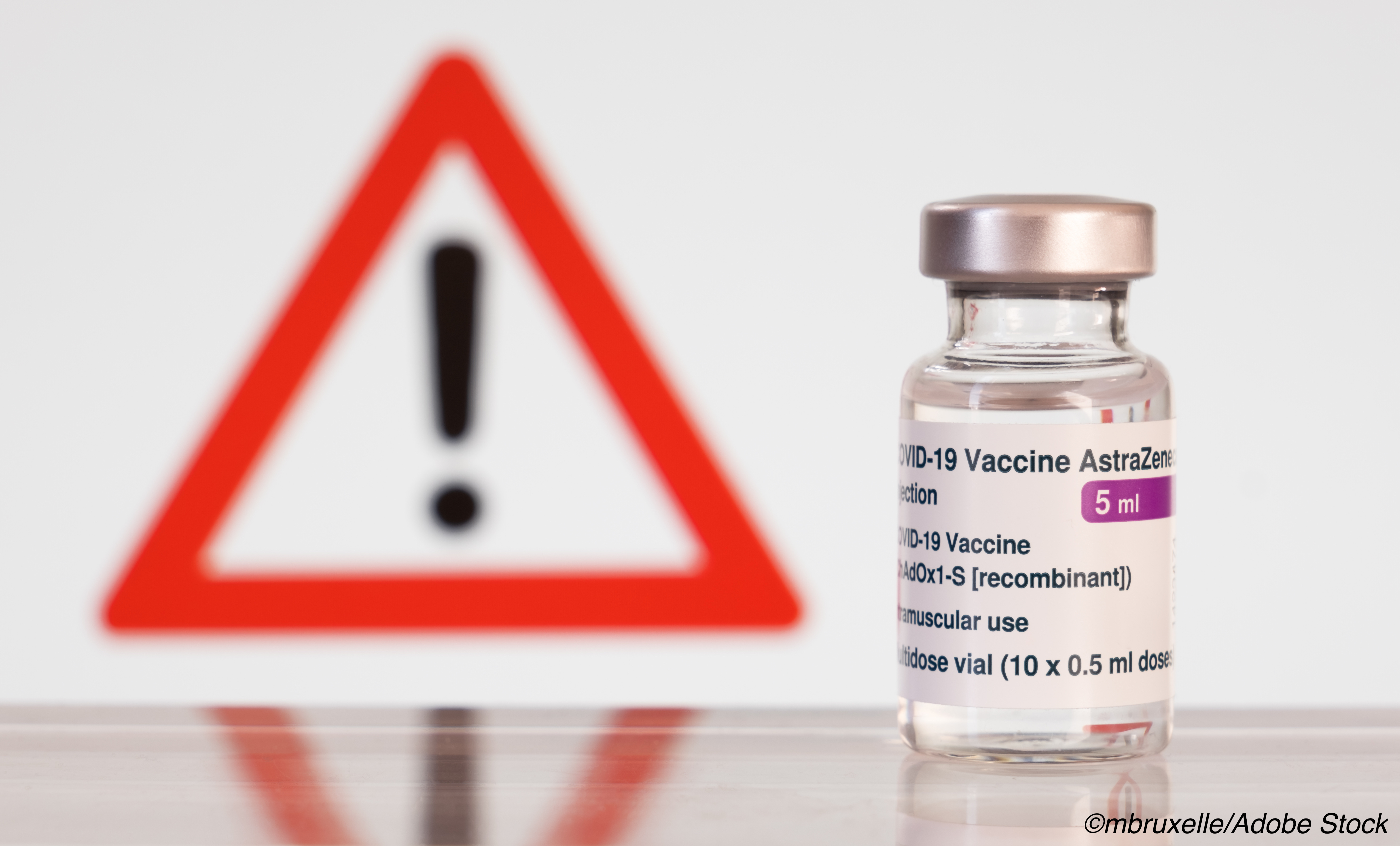 A report from Germany and Austria detailed 11 cases of thrombosis or thrombocytopenia following immunization with the ChAdOx1 nCov-19 vaccine among 28 patients with blood samples referred for investigation due to suspicion of vaccine-associated blood clots.

Nine of the 11 patients were women, with a median age of 36 years, who presented with one or more thrombotic events 5-16 days following vaccination. Six of the patients died.

Another report detailed 5 cases — all healthcare workers — presenting with venous thrombosis and thrombocytopenia within 7-10 days of receiving a first dose of the vaccine. Four of the patients experienced severe cerebral venous thrombosis with intracranial hemorrhage, and three of these patients died.

Both cohorts reported high levels of the HIT-related antibodies platelet factor 4-polyanion complexes, despite the fact that none of the patients had received heparin prior to symptom onset.

The case reports were published Friday, April 9 in The New England Journal of Medicine.

On Wednesday, the European Union’s medical regulatory group stated that blood clotting should be considered a “very rare” side effect of the ChAdOx1 nCov-19 vaccine, but the European Medicines Agency (EMA) safety committee continued to back the vaccine.

A review of 62 cases of cerebral venous sinus thrombosis and 24 cases of splanchnic vein thrombosis reported in the EU drug safety database included 18 cases that resulted in death.

Around 25 million people have received the ChAdOx1 nCov-19 vaccine outside the United States, where it is not approved, and the EMA safety committee concluded that at present the benefits appear to outweigh the risks.

“Covid-19 is associated with a risk of hospitalization and death. The reported combination of blood clots and low blood platelets is very rare, and the overall benefits of the vaccine in preventing Covid-19 outweigh the risks of side effects,” the group stated.

On Wednesday, health officials in Britain announced that the ChAdOx1 nCov-19 Covid-19 vaccine would no longer be given to anyone under the age of 30 due to mounting evidence that younger people, especially women, have an increased risk of developing blood clots from the vaccine. Health officials in Italy recommended against giving the shot to people under the age of 60.

Several other countries where the vaccine is approved, including Germany, France, Canada, and the Netherlands, had previously stopped using the vaccine in younger adults.

In the study from Germany and Austria, patients presented within 5 to 16 days of vaccination with one or more thrombotic events, with the exception of one patient, who presented with fatal intracranial hemorrhage, Andreas Greinacher, MD, of the Institut für Immunologie und Trans­fusionsmedizin, Universitätsmedizin Greifs­wald, Greifswald, Germany, and colleagues.

Five patients had disseminated intravascular coagulation, and none had received heparin before symptom onset. All 28 patients who tested positive for antibodies against PF4–heparin tested positive on the platelet-activation assay in the presence of PF4 independent of heparin.

The researchers noted that triggers other than heparin exposure are now understood to cause pro-thrombotic disorders that strongly resemble HIT, including exposure to certain polyanionic drugs.

The five cases detailed in the separate report involved four women and one man between the ages of 37 and 54 years of age, with the 5 cases occurring in a population of more than 130,000 vaccinated people.

Researcher Nina Schultz, MD, PhD, of Oslo University Hospital, Oslo, and colleagues wrote that their findings “indicate a shared pathophysiological basis of the condition in these five patients and should raise awareness that a syndrome similar to autoimmune heparin-induced thrombocytopenia may occur in some persons after vaccination with ChAdOx1 nCoV-19.”

“By providing a link between thrombosis and the immune system, these results strengthen the view that vaccination may have triggered the syndrome,” they wrote.

The study by Greinacher et al was funded by the German Research Foundation.

Schultz had no relationships to disclose.