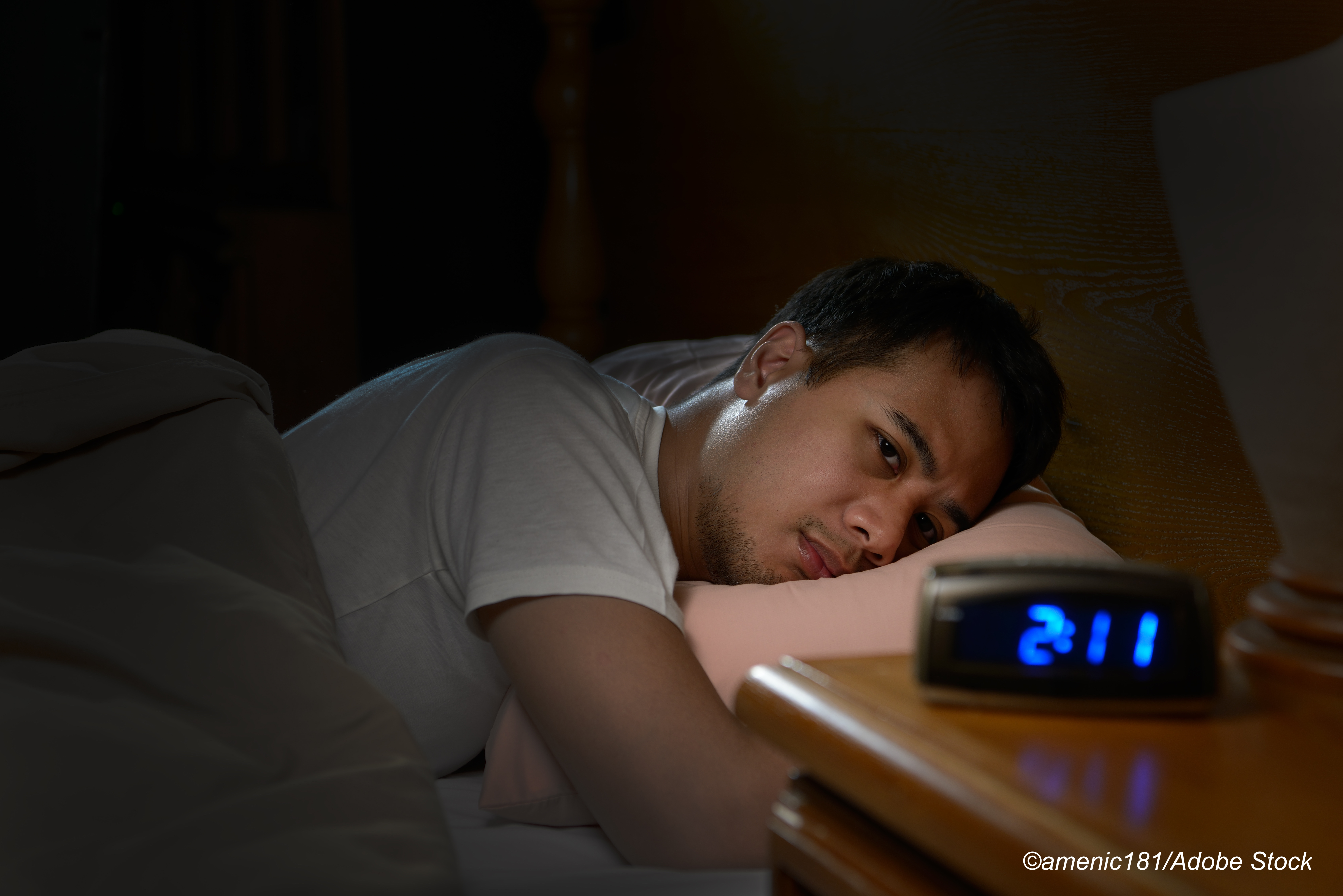 “Improvements in sleep variables were achieved without excess sleepiness the following morning, and improvements in daytime functioning were observed,” the researchers wrote. “The improvement in sleep perceived by participants in these studies was consistent with that objectively measured by polysomnography.”

Compared with placebo, daridorexant 50 mg and 25 mg improved outcomes at months 1 and 3, Mignot and co-authors wrote. The largest effect was seen with the highest dose (50 mg) tested in the trials, followed by the 25 mg dose. The 10 mg dose did not have a significant effect.

Daytime functioning was assessed with a novel validated instrument, the Insomnia Daytime Symptoms and Impacts Questionnaire (IDSIQ). “This secondary endpoint was based on a participant’s daily self-assessment of how energetic, mentally and physically tired, or how sleepy they felt, but it was not an objective measure of sleepiness (such as the multiple sleep latency test),” Mignot and co-authors wrote. “Using this new patient-reported outcome instrument, participants in the studies could report daily how they felt with regard to the three IDSIQ domains of sleepiness, mood, and alert/cognition.”

In Study 1, WASO and LPS were significantly reduced among participants in the daridorexant 50 mg group at month 1 compared with placebo, with least squares mean difference of −22.8 min and –11.4 min, respectively. At month 3, the mean difference in WASO was −18.3 min and in LPS was −11.7 min.

In both studies, the prevalence of adverse events was similar and consistent across adults younger than age 65 and older adults. Nasopharyngitis and headache were the most common adverse events overall.

“According to the guidelines of the American College of Physicians and the European Sleep Research Society, the first-line treatment for the disorder is cognitive behavioral therapy for insomnia (CBT-I),” observed Kai Spiegelhalder, PhD, of the University of Freiburg in Germany, and co-authors in an accompanying editorial. “This treatment is safe and effective but not widely available.”

While the findings show daridorexant is a viable treatment for insomnia disorder, “future studies should provide essential data not only on long-term effects but also on the effects on patient-centered outcomes that are directly related to the core symptoms of insomnia. More work is also needed to establish how daridorexant will fit within current treatment pathways — e.g., after non-response to CBT-I,” the editorialists added.

In addition, “daridorexant out-performed placebo by less than 2 points on the Insomnia Severity Index in both reported trials, questioning the clinical importance of the study findings from the patients’ perspective,” they wrote.

Study limitations include a trial population with moderate to severe insomnia that was mostly White and had relatively few co-morbidities which may limit generalizability, Mignot and co-authors acknowledged.

In addition, the IDSIQ instrument is novel and used prospectively for the first time in these studies, the researchers noted. “Therefore, the effects of daridorexant observed with IDSIQ cannot be benchmarked with those of any other therapeutic intervention,” they wrote.

The FDA approval for daridorexant was for the 25 mg and the 50 mg dose, and the agency has recommended that daridorexant be classified as a controlled substance.

This study was funded by Idorsia Pharmaceuticals.