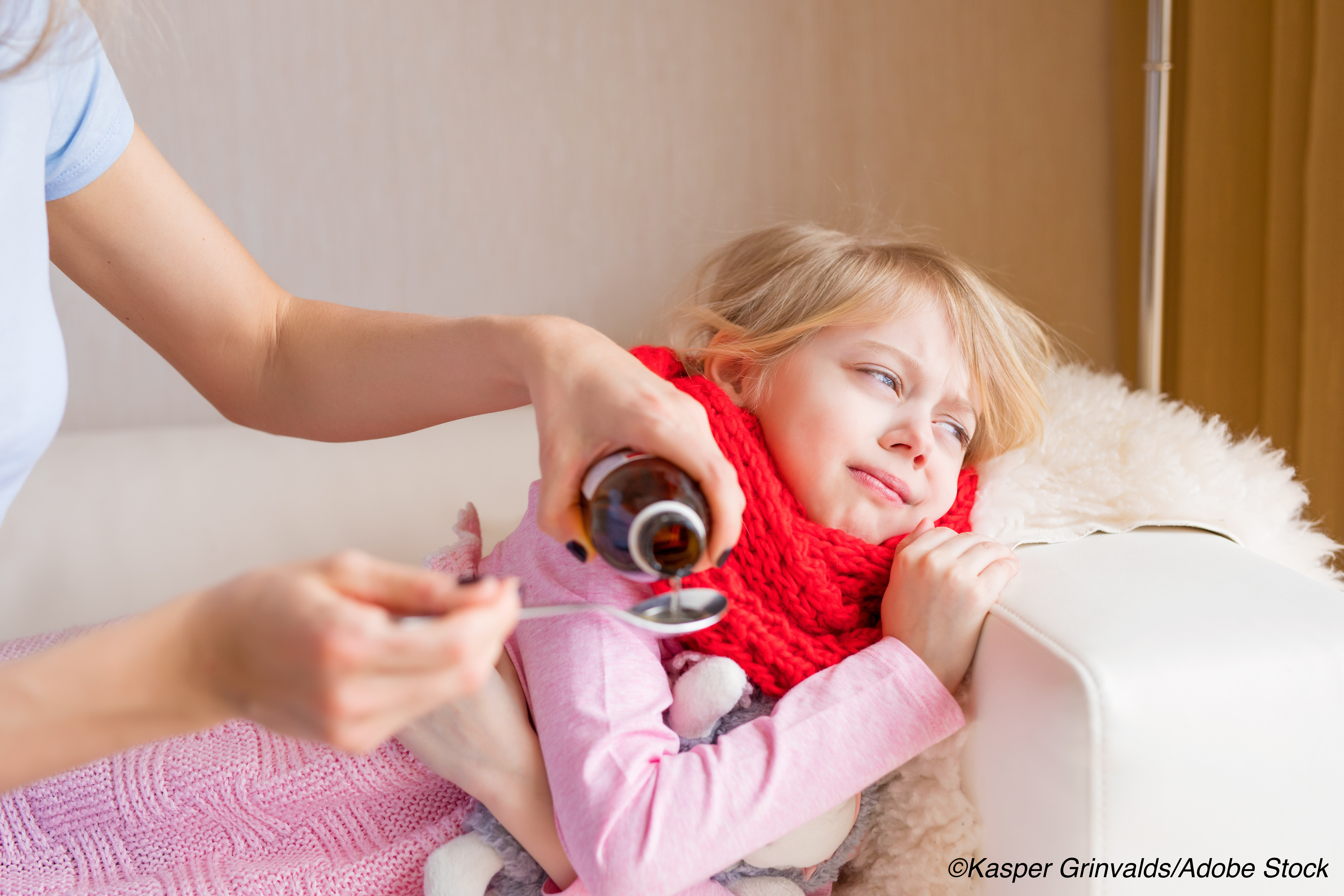 Delayed antibiotics prescribing (DAP) in children with acute uncomplicated respiratory infections reduced drug use and gastrointestinal adverse effects, but ultimately did not alter symptom duration or severity versus immediate antibiotics or even no antibiotics, according to a study from Spain.

While they concluded that, “DAP is an efﬁcacious and safe strategy for reducing inappropriate antibiotic treatment” of pediatric acute respiratory tract infections (ARTI), they also noted two main limitations: The study was open-label with outcomes reported by children, and results were inferred for acute bronchitis and rhinosinusitis, as 85% of the participants had AOM or pharyngitis.

Still, the current study “adds to a fairly robust evidence base across populations and conditions,” such as a 2017 Cochrane review and American Academy of Pediatrics (AAP) guidelines, stated Jeffrey S. Gerber, MD, PhD, and Bonnie F. Ofﬁt, MD, both of the Children’s Hospital of Philadelphia, in a commentary accompanying the study.

“When pediatricians doubt whether a child needs an antibiotic for an ARTI, this report provides more reassurance that we can safely avoid prescribing. Most ARTIs do not need antibiotics, but all need a clearly communicated plan,” Gerber and Offit advised.

But they also acknowledged that the findings “might not substantially move the needle,” as both AOM and acute sinusitis already have AAP guidelines that support delayed antibiotics, AOM dominated patient enrollment, and the study was not powered for acute sinusitis.

Additionally, the approach of delayed prescribing versus immediate prescribing “has not been shown to be better than not prescribing antibiotics and re-evaluating (’watchful waiting’), and delayed prescribing passes the responsibility of diagnosis to patients or their caregivers without improving clinical outcomes,” they pointed out.

Children (51.8% girls; mean age 6.3 years) who were eligible for the study (done from 2012 to 2016) presented at a primary care pediatrician’s ofﬁce with pharyngitis, AOM, rhinosinusitis, or acute bronchitis, and were included if “pediatricians had reasonable doubts about the need to prescribe an antibiotic.” Less than 10% had a respiratory comorbidity, while nearly 40% had parents who smoked, and nearly half of parents reported being “moderately worried” about the child’s illness.

Participants were randomized to DAP, IAP, and NAP arms and “Parents were advised that regardless of the arm and counting days from the onset of symptoms, their child was likely to feel more or less the same for up to 4 days for [AOM], 7 days for pharyngitis, 15 days for rhinosinusitis, and 20 days for acute bronchitis,” the authors explained.

Amoxicillin was the most commonly prescribed antibiotic (74%) and almost 56% of the parents stated that they believed antibiotics were “very or extremely effective.”

The authors reported that the median of the greatest severity for any symptom was similar for the three arms based on a 0-6 Likert scale (score of 3, P=0.619). Also, complications (P=0.813), unscheduled visits to primary care (P=0.895), and satisfaction were similar for all strategies, with 93.4% of all parent stating that they were “very or extremely satisfied” with the treatment regimen.

Overall, the findings were in line with previous studies, but Alonso-Coello’s group noted that “low use of antibiotics observed in clinical trials should be viewed with caution because the study participants receive structured advice and so are more motivated.”

Gerber and Offit suggested that the majority of children who present with symptoms of acute pharyngitis should get a group A streptococcal test, and if the “results are positive, all patients should get antibiotics; if results are negative, no one gets them…Instead, providing anticipatory guidance about the typical course of a viral infection and which signs or symptoms warrant contacting a clinician are paramount and have shown to be effective: parents want and deserve an explanation and a plan, not necessarily an antibiotic.”

The pandemic seems to have altered pediatric antibiotic prescribing patterns, according to a 2020 letter to the editor in Journal of the Pediatric Infectious Diseases Society. Researchers at Vanderbilt University Medical Center in Nashville, Tennessee, reported that “the early Covid-19 pandemic was associated with significant declines in in-person encounters, infectious diagnoses, and overall antibiotic prescribing and a significant increase in visits for noninfectious diagnoses. Even among encounters with infectious diagnoses, we observed a reduction in antibiotic prescribing. This is likely because social distancing measures… Notably, we did not see a decline in diagnosis and prescription rates for nonrespiratory illnesses such as urinary tract infections and skin/soft tissue infections.”

Alonso-Coello and co-authors, as well as Gerberg and Offit, reported no relationships relevant to the contents of this paper to disclose.