Deutetrabenazine No Help for Tourette Tics 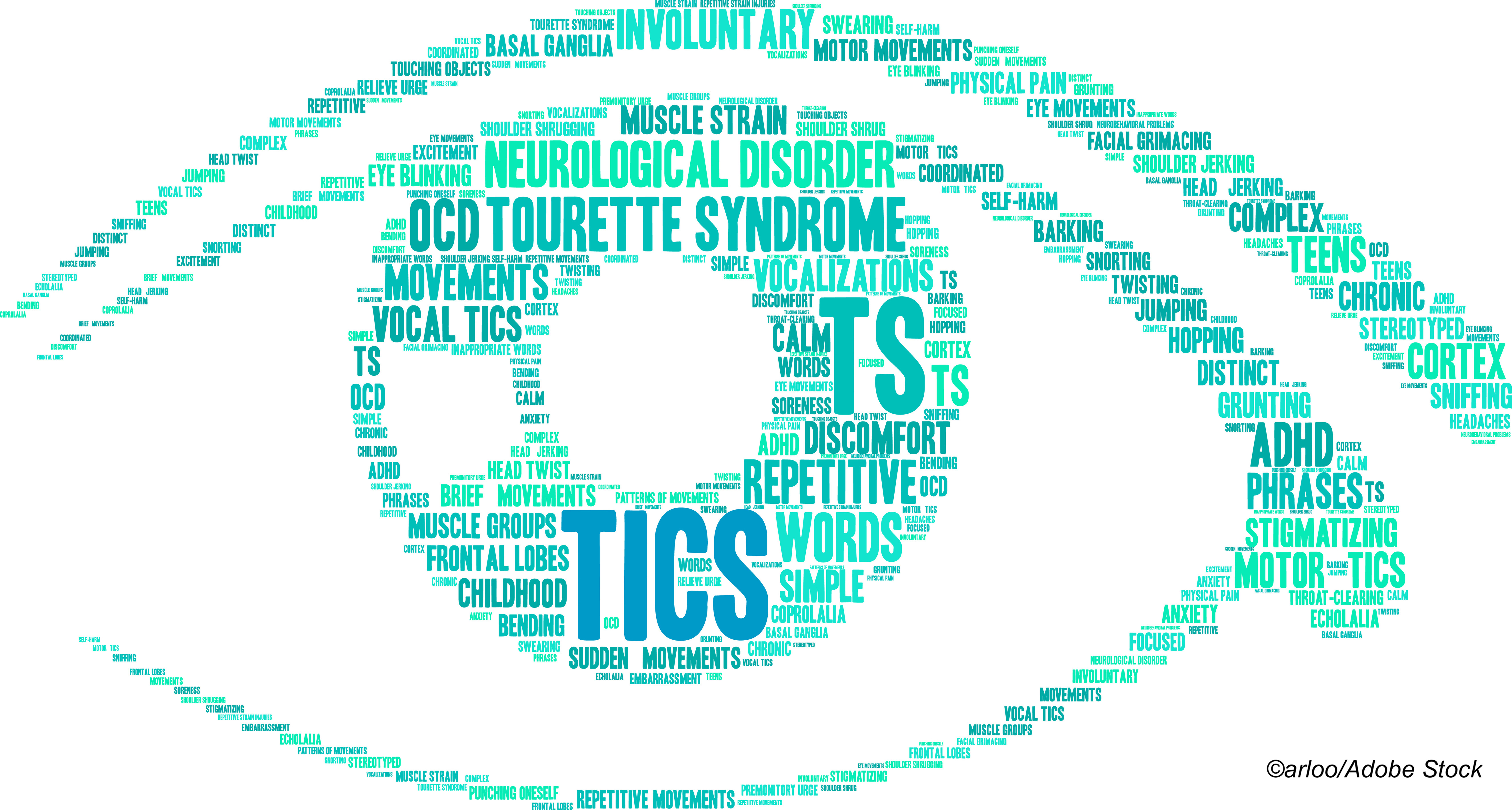 “In this 8-week randomized clinical trial of the efficacy and safety of fixed doses of deutetrabenazine in children and adolescents with Tourette syndrome, the primary efficacy endpoint was not met, despite a numeric improvement at the end of the titration period,” Coffey and co-authors wrote. “Secondary efficacy end-point results were generally similar to the primary end point.”

“Deutetrabenazine was generally well tolerated in this 8-week study, with no evidence of any new safety signals compared with the known safety profile of deutetrabenazine,” they added.

Deutetrabenazine is a deuterated form of tetrabenazine and a vesicular monoamine transporter type 2 (VMAT-2) inhibitor that results in presynaptic monoamine depletion. It is approved by the FDA for the treatment of chorea associated with Huntington’s disease and tardive dyskinesia in adults.

Between June 2018 and December 2019, Coffey and colleagues studied 158 children and adolescents (mean age 11.7, 75% male) recruited from 52 sites in 10 countries who were diagnosed with Tourette syndrome and had active tics that, in clinical judgment, caused distress or impairment. A baseline YGTSS-TTS score of 20 or more was required for trial enrollment, and the mean baseline score was 33.8. Mean time since diagnosis was 3.3 years.

The primary outcome was 8-week change from baseline in the YGTSS-TTS for high-dose deutetrabenazine after 8 weeks of treatment and a 1-week washout period. Scores on the YGTSS-TTS range from 0-50, with higher scores indicating worse motor and vocal tics. Secondary outcomes included measures of both clinician and patient global clinical impressions and a quality-of-life measure.

Depression was reported in 8% of patients in the high-dose group, 2% in the low dose group, and 0% in the placebo group, with suicidal ideation reported by one patient in each of the high- and low-dose groups.

In an accompanying editorial, Mark Baron, MD, of Virginia Commonwealth University in Richmond, noted that “available results from several large controlled clinical trials unfortunately do not suggest effectiveness of VMAT-2 inhibitors for the treatment of tics in patients with Tourette syndrome. Furthermore, it is not evident from these studies that the side effect profile of the VMAT-2 inhibitors is clearly favorable over that of neuroleptic drugs, especially in that neuroleptic drugs can be prescribed in the presence of co-existent depression or suicidal ideation, which are not uncommon in patients with Tourette syndrome.”

“For milder cases, in particular with coexistent ADHD, alpha-agonists can be prescribed,” he added. “Additional evidence from noncontrolled studies suggest efficacy from topiramate and from tetrahydrocannabinol, either as dronabinol or, where legal, as medicinal marijuana.”

A 2020 review of behavioral, pharmacologic, and surgical treatments of tics and Tourette syndrome encouraged education and behavioral therapy for all patients and considered alpha agonists, topiramate, and VMAT-2 inhibitors first line therapy for tics not controlled by behavioral therapy, while antipsychotics—e.g., fluphenazine, aripiprazole, risperidone, and ziprasidone—were described as second-line therapy.

“These agents are contraindicated in individuals with inadequately treated depression or suicidal ideation and carry black box warnings of these risks,” Baron observed.

A phase Ib study of deutetrabenazine titrated to a maximum dose of 36 mg daily found it reduced the YGTSS-TTS score by 11.5 points at 8 weeks, a decrease of about 38% compared with baseline (P<0.0001). A phase II/III trial published in 2021, though, did not meet its primary 12-week YGTSS-TTS endpoint versus placebo.

Both the present study and the phase II/III trial “may have been too short to accurately assess long-term effects of deutetrabenazine for treatment of tics over time,” Coffey and co-authors noted.

This study was funded by Teva Pharmaceutical in partnership with Nuvelution TS Pharma.

Baron reported no conflicts of interest.