Discontinuing Treatment for Neonatal Seizures OK Prior to Hospital Discharge 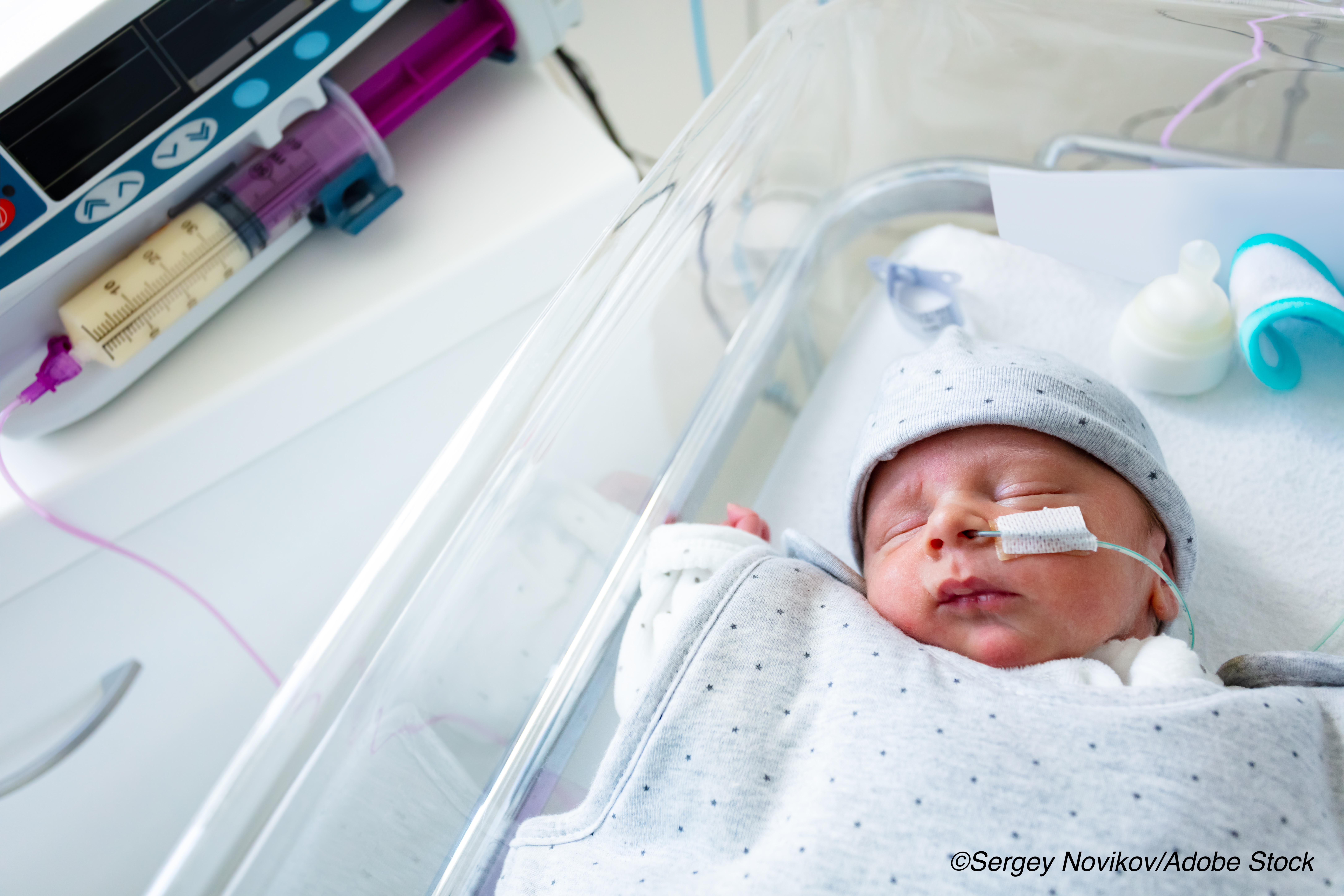 Neonates with seizures that resolved in the hospital had similar neurodevelopmental and epilepsy outcomes at 24 months whether anti-seizure medication (ASM) was continued or discontinued at discharge, a prospective observational study found.

At 24 months, the median score on the Warner Initial Developmental Evaluation of Adaptive and Functional Skills (WIDEA-FS) was similar for infants who discontinued and those who maintained ASM after discharge (165 and 161, respectively; P=0.09), reported Hannah C. Glass, MDCM, MAS, of the University of California San Francisco, and co-authors.

Epilepsy, defined per published criteria, was not significantly different between groups at 24 months, occurring in 11% of the discontinuation group and 14% of the ASM-maintained group (OR 0.8, 95% CI 0.4-1.6; P=0.49), they wrote in JAMA Neurology. Median age at epilepsy onset was 7 months.

“These results support discontinuation of ASM prior to hospital discharge for most infants with acute symptomatic neonatal seizures,” Glass and co-authors noted.

“The World Health Organization recommends that clinicians consider discontinuing ASMs without a taper after 72 hours of seizure freedom for neonates with a normal neurological examination and EEG,” they continued. “We expand this recommendation to include all neonates with acute symptomatic seizures, even in the setting of abnormal EEG and neurological examination. Adopting this approach may represent an evidence-based change in practice for many clinicians.”

The researchers included data on 303 neonates with acute symptomatic seizures on continuous electroencephalography (EEG) in their study. All children had seizure resolution, defined as no seizure on continuous EEG for 24 hours, prior to hospital discharge. A total of 270 children had the primary outcome measure of functional neurodevelopment (WIDEA-FS score) at 24 months.

“None of the children for whom ASM was discontinued had recurrent seizures in the weeks after discharge,” Glass and colleagues noted. “All 11 children with early-onset unprovoked seizures (epilepsy before 4 months) were in the group for whom ASM was maintained at discharge.”

“Furthermore, one-third of children with epilepsy onset before 4 months developed infantile spasms, a seizure type for which phenobarbital and levetiracetam are ineffective,” they added.

In an accompanying editorial, Elaine C. Wirrell, MD, of the Mayo Clinic in Rochester, Minnesota, and Eric T. Payne, MD, MPH, of University of Calgary in Canada, noted that this study supports “routine discontinuation of ASMs after resolution of acute symptomatic neonatal seizures prior to hospital discharge.”

EEG confirmation is “particularly important given that even experienced bedside caregivers often misdiagnose neonatal seizures based on semiologic features alone,” they wrote.

Neonatal seizures affect up to five per 1,000 full-term infants, with preterm infants at higher risk. Etiology is commonly a brain injury like hypoxic-ischemic encephalopathy, stroke, intracranial hemorrhage, or infection. Some form of impairment is seen in up to half of neonates with seizures.

Additional risks for children who develop epilepsy (chronic recurrent unprovoked seizures) include an even higher risk for impairment (80%) and the potential for further treatment-related harm.

“A landmark randomized placebo-controlled study comparing phenobarbital with placebo in children with febrile seizures demonstrated a significantly lower IQ in the phenobarbital-treated cohort after 2 years of treatment, confirming its negative outcomes in humans,” Wirrell and Payne pointed out. “Furthermore, phenobarbital did not result in reduced seizure freedom rates in children with febrile seizures, just as it did not protect against development of post-neonatal epilepsy” in the present study.

Glass and co-authors included neonates born between July 2015 and March 2018 who were seen at one of nine Neonatal Seizure Registry centers. Children with transient reversible causes for seizure were excluded. Seizure etiologies included hypoxic-ischemic encephalopathy (43%), ischemic stroke (26%), intracranial hemorrhage (18%), and others including infection and hypoglycemia.

Overall, children in the discontinuation group received 94% fewer days of phenobarbital treatment than those whose medications were continued.

“The practice of continuing ASM for infants with neonatal seizures was established prior to recommended standard use of diagnostic EEG and magnetic resonance imaging for all neonates with suspected seizures,” Glass and co-authors noted.

“Contemporary neurocritical care management uses continuous EEG to accurately diagnose seizures and ASM response along with magnetic resonance imaging and genetic testing to determine the cause of seizures, which allows for a tailored management approach,” they added.

Limitations of the study include a follow-up period of only 24 months. “While some children may develop epilepsy after 24 months, we speculate that neonatal ASM duration would not modulate risk of childhood-onset epilepsy,” Glass and colleagues wrote.

This study was supported by PCORI.

Payne and Wirrell reported no disclosures.