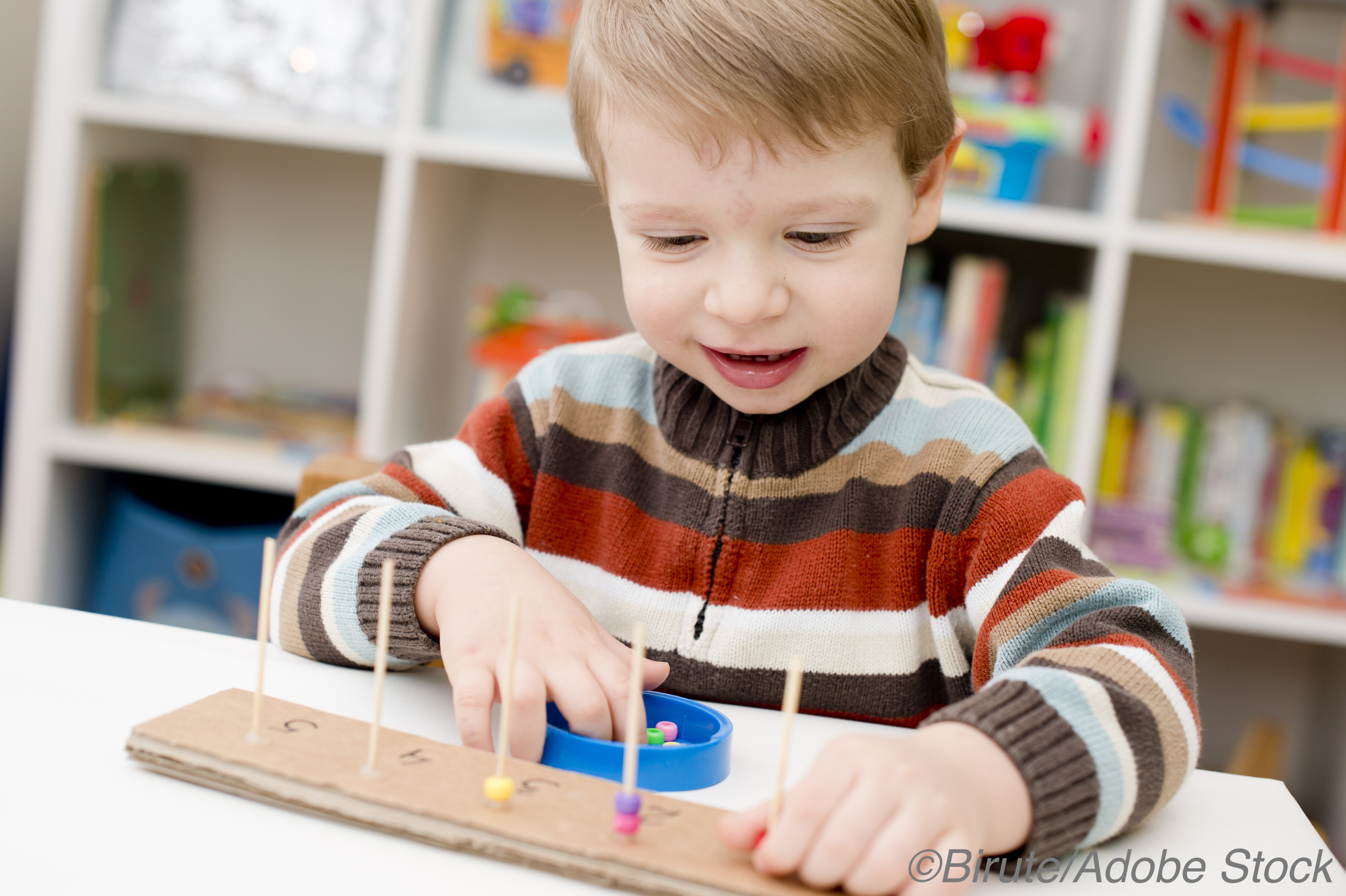 Results were mixed with universal screening for autism spectrum disorder (ASD) in a real-world setting, with benefits such as early detection, but less likelihood of any screening at all for some subgroups, researchers reported.

However, Hispanic children were less likely to be screened (APR 0.95, 95% CI 0.92-0.98), and family physicians were less likely to screen (APR 0.12, 95% CI 0.09-0.15), the authors noted, although they acknowledged that the “American Academy of Family Physicians does not recommend universal ASD screening, which may explain differences in screening between pediatricians and family physicians.”

“In this study of ASD screening in real-world practices within a large health care system, we found approximately three-fourths of children were screened for ASD at least once and half were screened at both recommended ages,” Carbone’s group wrote. “Our ability to follow-up on outcomes of screen-negative children allowed for broader estimates of performance characteristics than previous studies. In doing so, we found a lower-than-expected sensitivity and PPV [positive predictive value] than previously estimated…”

In other ASD news, an Indiana-wide initiative for tiered ASD screening and diagnosis in the primary care setting proved feasible, according to Rebecca McNally Keehn, PhD, HSPP, of the Indiana University School of Medicine in Indianapolis, and co-authors.

In the Early Autism Evaluation (EAE) Hub system, “a standard clinical pathway was implemented for evaluation of children, ages 18 to 48 months, at risk for ASD,” they wrote in Pediatrics.

The authors reported that from 2012 to 2018, 2,076 children were evaluated (mean age 30 months; median evaluation wait time 62 days), and one-third received a diagnosis of ASD under the three-tiered system. Also, about 72% of expected ASD diagnoses were made through the EAE Hub.

The two studies “reveal the value of real-world clinical data…these 2 studies conducted without researcher intervention in screening or diagnosis yielded substantially lower estimates of PPV [versus previous research], indicating that far fewer children who screened positive went on to be diagnosed with ASD,” noted Kate E. Wallis, MD, MPH, of the Children’s Hospital of Philadelphia, and Whitney Guthrie, PhD, of the University of Pennsylvania in Philadelphia, in an accompanying commentary.

They pointed out the results from Carbone and co-authors were in line with findings from their own 2019 study, which also cast doubt on the accuracy of the M-CHAT with Follow-Up, revealing that “the majority of children with ASD were in fact missed by the M-CHAT and thus did not receive the beneﬁt of universal screening.”

Wallis and Guthrie stated that pediatricians need to be more involved in crafting and implementing “new ways of thinking about ASD screening to identify the signiﬁcant number of children who are missed by current screening practices,” as was the case with the EAE Hub, which had an “interdisciplinary team of subspecialists, family advocates, and general pediatricians met weekly… to carefully construct and debate a statewide approach to improving access to ASD evaluation,” according to McNally Keehn and co-authors.

Carbone and co-authors looked at data from children attending 18- and 24-month visits between 2013 and 2016 at 20 clinics within a healthcare system. They assessed for evidence of screening with the M-CHAT and subsequent coding of ASD diagnosis at age >4.75 years. The authors also interviewed providers about usual methods of M-CHAT scoring and ASD referral.

They found that M-CHAT’s sensitivity for ASD diagnosis was 33.1%, the specificity was 97.8%, the PPV was 17.8%, and the negative predictive value was 99.0%. The authors reported that there was a signiﬁcantly higher sensitivity in non-white compared with white children and in children screened twice versus once. The PPV in boys was higher compared with girls, and in children from lower socioeconomic status versus higher socioeconomic status families.

Interviews with physicians from a dozen practices revealed that “All… administered M-CHATs on paper because there were no electronic or online means to screen through the EHR [electronic health records system].”

In terms of follow-up, only one physician said the practice administered follow-up interviews, while referral patterns ranged from simultaneous referrals for ASD evaluations and to Early Intervention Program (EIP) to no set referral patterns.

The authors pointed out that family physicians provide 16% to 21% of pediatric care, so their results offer “an opportunity to further increase ASD screening rates in the United States.”

Study limitations included the reliance on EHR data, lack of clinical confirmation of an ASD diagnosis. However, they highlighted that “Findings from a previous M-CHAT validation study suggest that we should have expected a screen-positive rate of 7.4% if not using the follow-up interview, and yet our screen-positive rate was only 2.7%.”

Carbone’s group suggested possible reasons for this low rate, such as physicians asked follow-up questions not administering and reporting a formal follow-up interview. Another reason could have been incorrect scoring with paper-based screening, although the authors could not review scores in the EHR system, they stated.

Finally, “we are in the process of performing chart reviews of screen-negative children with ASD to investigate how M-CHAT scoring was performed and whether there were concerns related to ASD documented during visits, as reported in a study ﬁnding delays in social communication in children with ASD who screened negative at 18 months,” Carbone and co-authors said.

The EAE Hub system was developed because “Indiana lagged behind the national average in the number of children receiving standard developmental screening; had a higher number of children at risk for developmental, behavioral, or social delays; 31 and had many counties designated as Medically Underserved Areas,” noted McNally Keehn’s group.

The EAE Hub system was made up of three components:

“The EAE Hub model was developed following the principles of the STARTED model, whereby clinicians are provided with training on a standard clinical evaluation protocol and assessment tools for diagnosis of ASD in toddlers,” the authors explained.

Among all children evaluated, 72% met diagnostic criteria for global developmental delay (GDD), and 89% of these children were identiﬁed as having one or more developmental, behavioral, or medical concern that called for follow-up or intervention. “Together, these ﬁndings suggest that even those not diagnosed with ASD were likely to beneﬁt from evaluation,” they stated.

But in 8% of cases, evaluation results were equivocal without a definitive ASD diagnosis status from the EAE Hub clinician, and “limitations in our capacity for follow-up data collection precluded conﬁrmation that these children received further evaluation, and, thus, deﬁnitive diagnostic status for this group of children is unknown,” the authors acknowledged.

There also were variations in the frequency of ASD diagnosis across the hubs, with a signiﬁcant difference in age at evaluation (P<0.001) and wait time (P<0.001) across sites. The authors suggested that healthcare provider knowledge and behavior – variable experience with ASD phenotype; using the hub more broadly for any developmental concerns — on referrals for ASD evaluation may have played a part.

An additional challenge was “navigating signiﬁcant changes in what insurers deem a valid ASD evaluation,” McNally Keehn and co-authors wrote.

Nonetheless, “Developing a tiered system of developmental screening and early ASD evaluation is feasible a geographic region facing signiﬁcant health care access problems,” they concluded. “Although further rigorous testing of the EAE Hub system is warranted, our ﬁndings suggest that this model has potential for further expansion and dissemination to other states facing similar neurodevelopmental health care system burdens.”

The study by Carbone’s group was funded by the NIH and supported by the University of Utah Population Health Research Foundation, the National Center for Research Resources, the National Center for Advancing Translational Sciences, and the Utah Stimulating Access to Research in Residency Transition Scholar. Carbone reported no relationships relevant to the contents of this paper to disclose. A co-author reported being an inventor on a patent related to ASD screening.

McNally Keehn and co-authors reported no relationships relevant to the contents of this paper to disclose.

The commentary was funded by the NIH and supported by the National Institute of Mental Health. Wallis and Guthrie reported no relationships relevant to the contents of this paper to disclose.

Immunoglobulin E as a Biomarker for the Overlap of Atopic Asthma and Chronic Obstructive Pulmonary Disease.