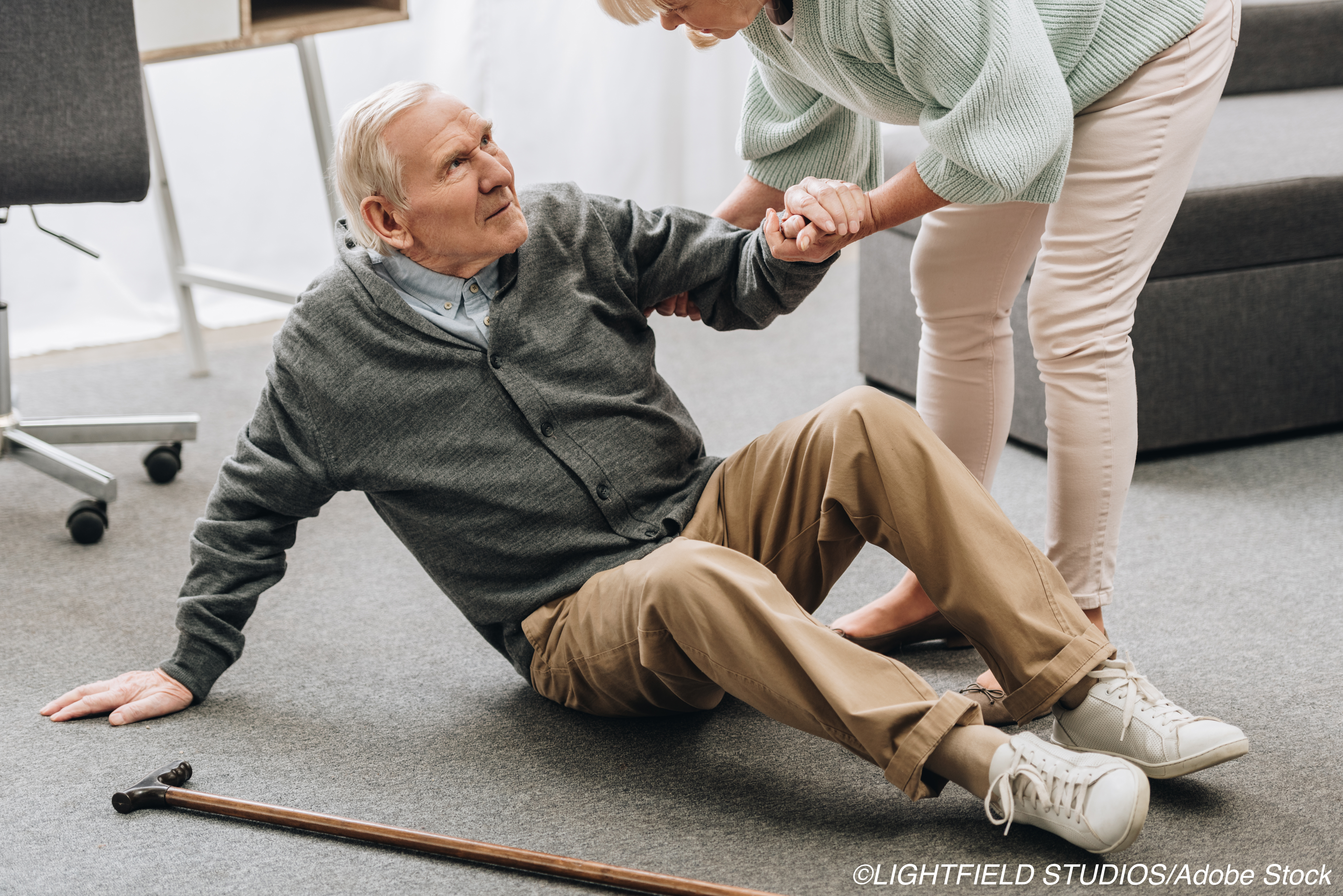 Seniors with elevated fall risk and low serum 25-(OH)D levels saw no benefits from high-dose vitamin D3 supplementation versus a low dose, and higher doses may even do more harm than good, according to results from the STURDY trial.

In a comparison of the effects of four doses of vitamin D3 supplements on falls, the primary outcome rates — time to first fall or death over 2 years — were higher for the 2,000- and 4,000-IU/d doses than for the 1.000-IU/d dose, explained Lawrence J. Appel, MD, MPH, of the Welch Center for Prevention, Epidemiology and Clinical Research at Johns Hopkins University in Baltimore, and co-authors in the STURDY Collaborative Research Group.

The 1,000 IU/d was selected as the best dose (0.90 posterior probability of being best), but event rates were not significantly different between participants receiving that dose and the control group who were randomly assigned to receive 200 IU/d (hazard ratio 0.94, 95% CI 0.76 to 1.15, P=0.54), they reported in the Annals of Internal Medicine.

“This trial has implications for patients, clinicians, and policymakers,” Appel’s group noted. “The study found no beneficial effect on fall prevention from supplemental vitamin D at doses of 1000 IU/d or higher compared with 200 IU/d,” adding that the STURDY results support 2018 U.S. Preventive Services Task Force guidelines against the use of vitamin D supplementation for fall prevention in older people without osteoporosis or vitamin D deficiency.

However, the authors stressed that “Whether supplemental doses of 2000 or 4000 IU/d increase fall risk compared with 1000 IU/d remains unclear.”

In an editorial accompanying the study, Bruce R. Troen, MD, of the University at Buffalo in New York, reiterated that the main take-home message from STURDY is that “These data reveal no benefit from higher-dose vitamin D supplementation and even raise concerns that high doses may have deleterious effects.”

But the findings also bring up several questions that healthcare providers need to consider, he cautioned. The control group was given 200 IU/d of vitamin D, which Troen called “commendable” in an effort to prevent harm, “but does this strategy prevent the modeling of real-world scenarios – such as frank vitamin D deficiency – in which community-dwelling older adults might realize benefits?” he asked.

Also, what about data on “participants’ comorbid medical conditions, medications that increase fall risk, and the methods used to assess cognitive impairment and frailty,” Troen asked. There may be subgroups who would either benefit from, or may suffer particular harm, from add-on vitamin D, he noted.

Potential STURDY participants, who were screened and enrolled at two Maryland research centers, could not be in the trial if they had cognitive impairment, hypercalcemia, kidney, bladder, or ureteral stones, and if they used supplemental vitamin D in doses >1,000 IU/d or calcium in doses >1,200 mg/d, according to the authors.

Finally, the dosing in the study was in line from those from the National Academy of Medicine, and “Many adults are consuming 2000 IU or 4000 IU daily. Are these amounts truly harmful?,” Troen said, nothing that the VITAL trial found neither benefit nor harm to for fall with 2,000 IU/d over 5 years in community-dwelling seniors who were generally not vitamin D insufficient.

There were 688 participants in the response-adaptive STURDY trial, ages ≥70, with self-reported elevated fall risk and a serum 25-hydroxyvitamin D [25-(OH)D] level of 25 to 72.5 nmol/L. Elevated fall risk was defined as one of more of the following:

After a run-in phase, eligible participants were randomly assigned to receive one of four doses of vitamin D3. The control dose was chosen “because it provided reasonable assurance that average total daily vitamin D intake (dietary intake plus the control dose) would be at least 800 IU,” the authors explained.

Also, the 1,000-IU/d dose offered positive results from fall prevention in earlier studies, while the 2,000 IU/d dose was used in VITAL, and the 4,000-IU/d dose is the maximum tolerable daily allowance.

For a secondary outcome of gait speed, measured with a timed 4-m walk component of the Short Physical Performance Battery at baseline and 3, 12, and 24 months, there was no overall statistically significant difference in change in gait speed between the pooled higher-doses groups and the controls was not statistically significant (P=0.153 time-by-treatment interaction).

In terms of adherence, the proportion of participants who reported taking the study pill at least 80% of the expected days was 72.5% in the pooled higher-doses group and 75.8% in the control group. The authors reported that no participant had extremely low (<25 nmol/L) or extremely high (≥375 nmol/L) 25-(OH)D values during follow-up.

Appel’s group pointed out that, during STURDY, a 2017 trial reported a U-shaped relationship of falls with vitamin D doses and 25-(OH)D levels, while a 2018 meta-analysis concluded that vitamin D supplements do not prevent falls, and suggested that “data from our dose-finding stage and evidence from recent trials indicate that the inconsistent results of previous trials regarding the effects of vitamin D on falls might have resulted from differential effects of vitamin D by dose.”

Study limitations included the high-risk population, so the results may not apply to the general population with regard to fall risk, and the fact that the response-adaptive design assigned fewer participants to these dose groups. Lastly, the trial protocol was changed when “random assignments to the 2000- and 4000-IU/d groups were stopped, and 1000 IU/d was declared the best dose, partly because of safety concerns,” the authors noted.

On a related note, recent studies have found links between vitamin D and Covid-19, with researchers in India reporting that vitamin D level was “markedly low in severe Covid-19 patients…[we] recommend mass administration of vitamin D supplements to population at risk for Covid-19,” although the authors stopped short of offering an effective vitamin D dose.

The study was funded by the National Institute on Aging.