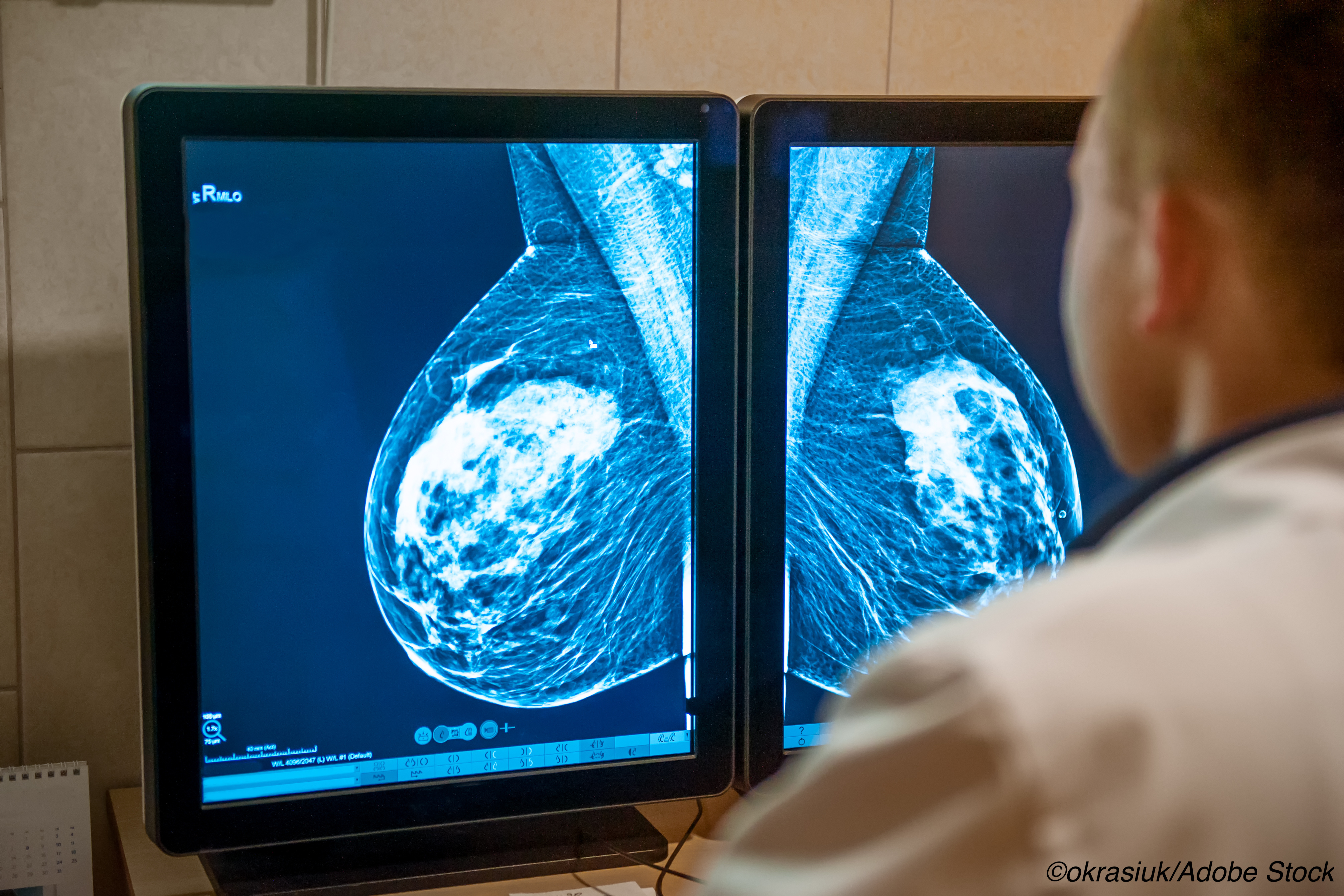 A phase III trial of endocrine therapy given to women with early stage, resectable breast cancer for at least 2 weeks before surgery did not find a significant improvement in long-term outcomes, invetigators for the Peri-Operative Endocrine Therapy—Individualising Care (POETIC) trial report.

But in a subset of women whose tumors were characterized by high Ki-67 values, the treatment did appear to predict the risk of recurrence at 5 years, and thus may offer an inexpensive alternative to genomic testing for assessing prognosis in this patient population, the same study showed.

In a cohort of 4480 women with primarily hormone receptor-positive, HER2-negative early breast cancer, 91% of women in the preoperative and perioperative aromatase inhibitor (POAI) group had no sign of recurrence at 5 years (95% CI, 89.9-92%) compared with 90.4% of women in the control group (95% CI, 88.7-91.9%), Ian Smith, MD, The Royal Marsden NHS Foundation Trust, London, United Kingdom and colleagues reported in The Lancet Oncology.

On the other hand, HER2-negative patients randomized to POAI with a low baseline Ki-67 of less than 10% had only a 4.4% risk of recurrence at 5 years compared to those with a high baseline Ki-67 value at 11.8%.

And POAI patients whose tumors had a high baseline Ki-67 but whose Ki-67 levels dropped to less than 10% 2 weeks after receiving AI treatment had a better prognosis at 5 years than patients who continued to have a high Ki-67 two weeks after treatment where the 5-year risk of recurrence was 8.4% versus 21.5%, respectively.

Montserrat Munoz, MD, and Aleix Prat, MD, both from the University of Barcelona in Spain, in a commentary said the POETIC study’s findings validate the predictive role for Ki-67.

Although they acknowledged the need for longer follow-up, Munoz and Prat wrote “In our view, however, this approach can be used today in highly selected patients for whom there is uncertainty regarding the use of chemotherapy or when gene expression-based tests are [either] not available or their result is not fully informative.”

On the other hand, before preoperative aromatase inhibitor therapy is widely adopted, the utility of on-treatment Ki-67 values needs to be better defined.

“For example, a clinical question to answer is whether chemotherapy can be safely spared in most patients with high-risk baseline clinical or genomic features, with tumours that show high endocrine sensitivity after preoperative endocrine therapy,” the editorialists observed.

Another relevant question is whether adjuvant or neoadjuvant chemotherapy or even novel therapies such as the CDK4/6 inhibitors might improve survival in the subgroup of patients whose Ki-67 remained above 10% at week 2.

“To conclude, if we want to improve precision medicine in early-stage, hormone receptor-positive disease, primary surgery should not be the first option for most patients,” Munoz and Prat wrote.

The trial, which was conducted 130 hospitals in the UK, recruited postmenopausal women age 50 or older who had confirmed HR+ operable breast cancer.

Approximately 90% of the study population included women with HR+, HER2 negative cancer, so the analysis mainly focused on this particular group of patients.

The median age on study entry was 67.1 years (Interquartile Range (IQR), 61.5-74.8 years) and fairly equal proportions of patients received adjuvant chemotherapy at 26% of POAI patients and 31% of controls.

Patients randomized to the POAI group received either letrozole (Femara) at a dose of 2.5 mg per day or anastrozole (Arimidex) at a dose of 1 mg a day, both taken orally, for 14 days before and following surgery.

Pretreatment duration was extended if surgery was delayed. The primary efficacy endpoint was time to recurrence.

The researchers evaluated Ki-67 as a potential predictive biomarker.

“Likewise, no significant differences between treatment groups were observed for relapse-free survival, time to local recurrence and time to distant recurrences,” they wrote.

Some 85% of POAI patients had paired baseline and 2-week post endocrine therapy Ki-67 values available as did 45% of controls.

“After 2 weeks of POAI, Ki-67 was significantly suppressed compared with little change in the control group,” researchers pointed out.

“Patients whose Ki-67 [at baseline] was low did well on standard of care, with approximately 85% of those receiving endocrine therapy alone,” investigators noted.

In contrast, giving POAI to the group of patients with a high baseline Ki-67 may help differentiate 2 groups of patients according to their 2-week post-treatment Ki-67value: those who convert to a low Ki-67 value after treatment who may not need anything beyond adjuvant endocrine therapy and those whose Ki-67 values remain high and who should be considered for further adjuvant options.

As the authors pointed out, it is common practice to start some patients on preoperative endocrine therapy if surgery has to be delayed significantly for any reason.

The study was funded by Cancer Research UK

Munoz reports personal fees from Roche, Novartis, and Eisai, and other from Roche and Lilly, outside the submitted work.