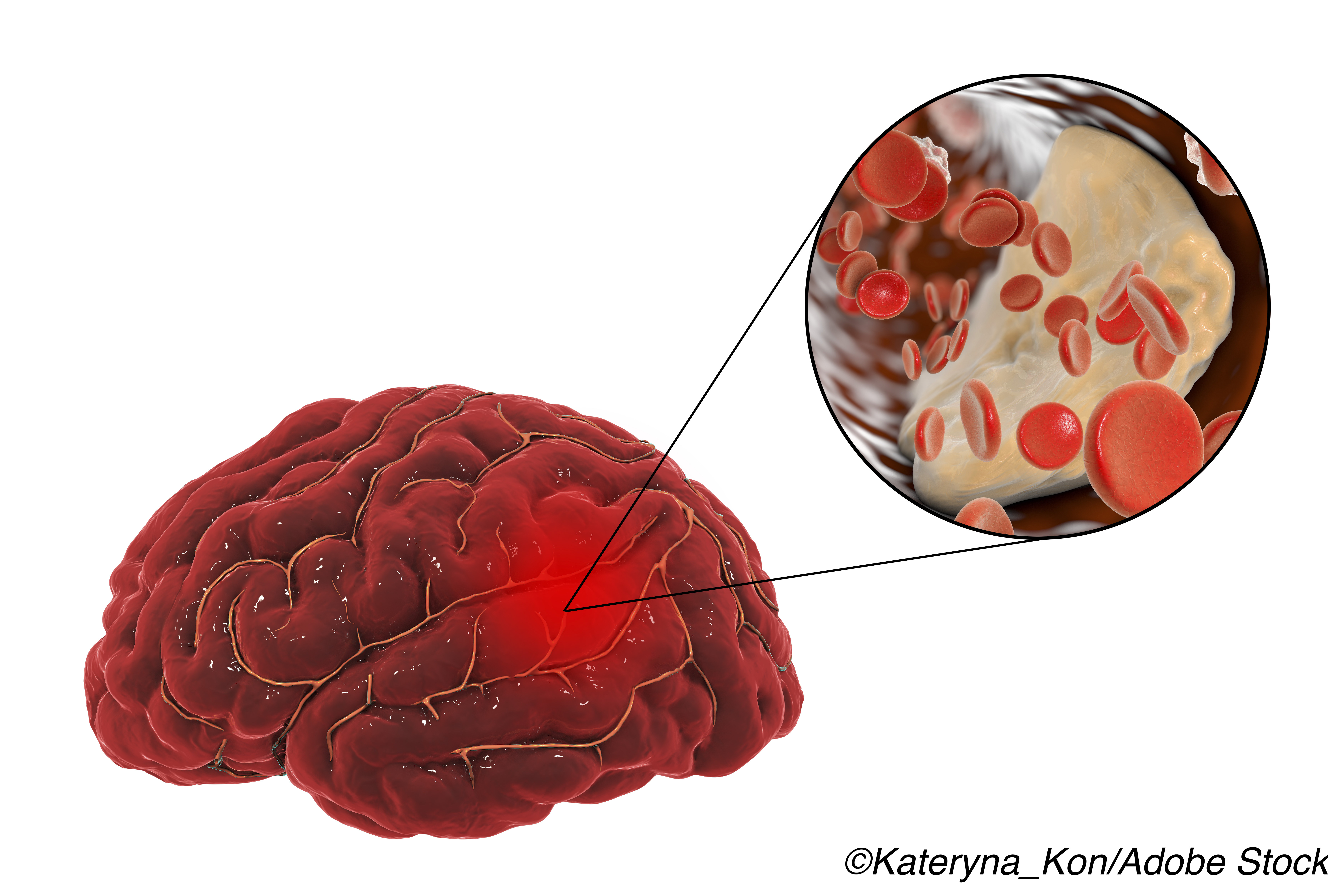 The risk of stroke or death within 30 days of patients having an acute ischemic stroke or a transient ischemic attack (TIA) was lower in patients treated with the direct-acting antiplatelet agent, ticagrelor, plus aspirin compared with aspirin alone, although severe bleeding was more common with the ticagrelor-aspirin combination, a large-scale comparator trial has shown.

However, the incidence of disability did not differ between the 2 groups and severe bleeding at 0.5% was more frequent with additional ticagrelor compared with 0.1% for aspirin alone, researchers added.

“In a previous trial, ticagrelor was not better than aspirin in preventing vascular events or death after stroke or TIA [but t]he effect of the combination of ticagrelor and aspirin on prevention of stroke has not been well studied,” Johnston and colleagues pointed out.

“In this international randomized trial, patients with mild-to-moderate acute ischemic stroke… or high-risk TIA who were assigned within 24 hours after symptom onset to receive 30-day treatment with ticagrelor-aspirin had a lower risk of stroke or death at 30 days than those who were assigned to receive aspirin alone,” they added.

The Acute Stroke or Transient Ischemic Attack Treated with Ticagrelor and ASA (acetylsalicylic acid) for Prevention of Stroke and Death or THALES study compared 30 days of treatment with ticagrelor plus aspirin versus aspirin alone in reducing the risk of subsequent stroke or death among patients with an acute noncardioembolic cerebral ischemic stroke.

Patients had a National Institutes of Health Stroke Scale (NIHSS) score of 5 or less (range, 0 to 42), higher scores signifying a more severe stroke or TIA.

“Patients received either a loading dose of oral ticagrelor (180 mg given as two 90-mg tablets) or matching placebo as soon as possible after randomization,” study authors noted.

Maintenance doses of ticagrelor at 90 mg, twice a day, or placebo were given at 12-hour intervals for the remainder of the 30-day treatment period, they added. Patients also received a loading dose of aspirin at 300 to 325 mg a day, followed by a daily dose of 75 to 100 mg a day, again for 30 days.

“The primary outcome was a composite of stroke or death in a time-to-first-event analysis from randomization through 30 days of follow-up,” investigators noted. Stroke included both ischemic and hemorrhagic stroke as well as stroke of undetermined type and death was from all causes.

Virtually all patients took aspirin during the treatment period and 97% received doses of 100 mg a day or less.

The overall disability score on the modified Rankin scale in excess of 1—another secondary outcome measure—occurred in 23.8% of patients in the combination group compared with 24.1% of patients in the aspirin alone group (Odds Ratio (OR), 0.98 (95% CI, 0.89-1.07: P=0.61), researchers added.

A modified Rankin score of greater than 1 signifies more than minimal disability, as the authors observed.

Treatment was also permanently discontinued because of bleeding in 2.8% of the ticagrelor-aspirin group arm compared with only 0.6% of those in the aspirin group.

“The benefit from treatment with ticagrelor-aspirin as compared with aspirin alone would be expected to result in a number needed to treat of 92 to prevent one primary-outcome event and a number needed to harm of 263 for severe bleeding, “Johnston and colleagues observed.

“[But] generalizability of the results of the current trial is limited by the exclusion of patients who had more severe strokes (NIHSS score >5), had a cardioembolic stroke, or had initiation of treatment more than 24 hours after symptom onset or who underwent or planned to undergo thrombolysis or thrombectomy,” they cautioned.

Commenting on the findings, Peter Rothwell, F. Med. Sci, University of Oxford, United Kingdom, pointed out that the risk of major stroke in the week after a patient has a TIA or minor stroke can be as high as 10% without urgent treatment.

“Some studies have shown that immediate medical treatment with antiplatelet agents and statins, as well as blood-pressure control, reduces that risk by 70% to 80%,” with the benefit attributable mainly to aspirin,” Rothwell pointed out.

The only other comparison of dual-therapy protocols is a trial of aspirin plus clopidogrel which was shown to be more effective than aspirin alone, even though the combination increased the risk of extracranial bleeding.

Thus, the question that clinicians need to ask themselves is whether they should choose ticagrelor or clopidogrel if they wish to add a second antiplatelet drug to aspirin for stroke prevention.

As Rothwell discussed, data from both the current THALES trial along with 2 other trials — the Platelet-Oriented Inhibition in New TIA and Minor Ischemic Stroke or POINT trial and the Clopidogrel in High-Risk Patients with Acute Nondisabiling Cerebrovascular Events or CHANCE trial — both appear to “marginally favor” clopidogrel in patients with TIA or acute minor stroke. (Neither appears to have been published on its own?)

Secondly, the increased risk of major bleeding seen in THALES with the combination of ticagrelor plus aspirin was greater than the risk seen with aspirin plus clopidogrel, he pointed out.

Furthermore, aspirin plus clopidogrel led to a lower overall risk of disabling or fatal stroke than aspirin itself in a pooled analysis of the POINT and CHANCE trial — a result that was not significant with ticagrelor plus aspirin in the THALES trial.

All of these trials also included only a high-risk subgroup of patients with TIAs, and only those in the highest-risk category benefited from dual antiplatelet treatment.

“[Thus, t]he bleeding risk associated with ticagrelor and aspirin might exceed the benefit among lower-risk patients who make up the majority in practice,” Rothwell cautioned.

“Regardless of which combination of antiplatelet drugs is favored for the high-risk minority, all patients should receive aspirin immediately after TIA unless aspirin is contraindicated,” he stressed.

The study was supported by Astra Zeneca.

Johnston reported receiving grant support, paid to the University of Texas at Austin, from AstraZeneca.

The Role of the Subthalamic Nucleus in Sequential Working Memory in De Novo Parkinson’s Disease.

Seizure Frequency Not Up in Pregnancy for Women With Epilepsy