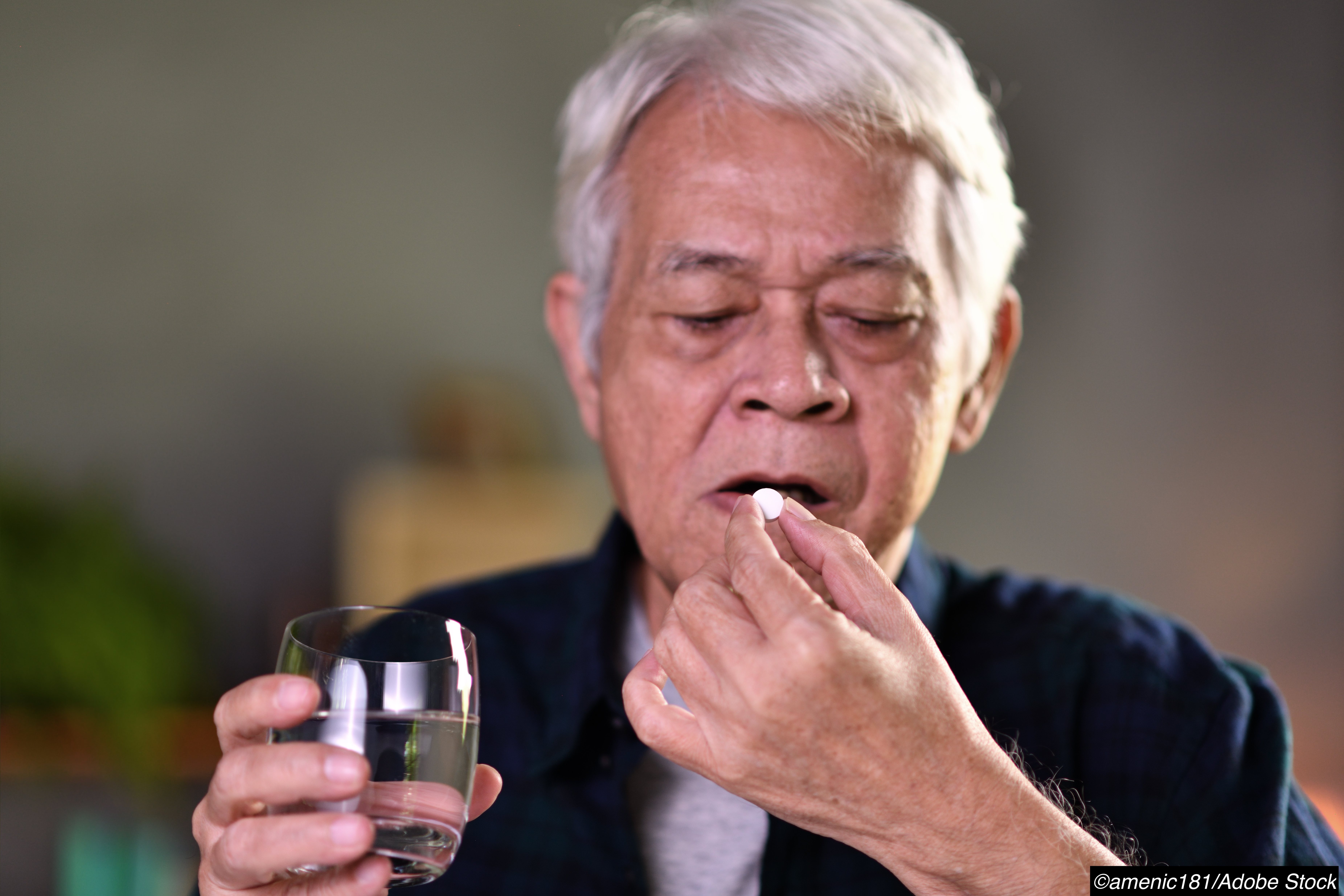 Ticagrelor lowered the risk of recurrent stroke at 90 days better than clopidogrel in patients suffering previous stroke or transient ischemic attack (TIA) who are CYP2C19 loss-of-function carriers, according to results from the CHANCE-2 study published in The New England Journal of Medicine. Researchers also found that while the risk of moderate-to-severe bleeding did not differ significantly, ticagrelor carried a slightly higher incidence of total bleeding events.

Previously, results from the CHANCE and POINT studies demonstrated that clopidogrel combined with aspirin was more effective than aspirin alone in reducing subsequent events in patients previously suffering either acute minor ischemic stroke or TIAs. The risk for a recurrent stroke within three months in these patients is estimated to be 5%-10%, according to Yongjun Wang, MD, of Beijing Tiantan Hospital, Capital Medical University, in Beijing, China, and colleagues. Wang was lead author in the CHANCE study.

Clopidogrel, however, is less effective in patients with CYP2C19 loss-of-function alleles, which occur in 25% of White and 60% of Asian patients with acute minor ischemic stroke or TIA. In these patients, “[t]icagrelor, a reversible oral antagonist that directly blocks platelet P2Y12 receptor and does not require metabolic activation for its antiplatelet effect, may yield similar or greater levels of inhibition of platelet aggregation than clopidogrel,” they added.

Lee H. Schwamm, MD, Vice President, Virtual Care, Mass General Brigham, and Director of the Center for TeleHealth at Mass General Hospital, told BreakingMED, “Some patients lack a fully functional version of the key enzyme that converts the medication clopidogrel into its active form, and this enzyme doesn’t affect the action of a similar drug ticagrelor. Some have speculated that patients like this who take the medication may have ineffective inhibition of clotting and be at higher risk for recurrent stroke (or major vascular events). This well-designed and conducted [randomized controlled trial] appears to confirm that there is a small (1.6%) but significant reduction in the risk of a recurrent stroke in this population when combined with aspirin when ticagrelor was used instead of clopidogrel.”

“Prior studies did not suggest a meaningful clinical effect of these mutations, and it was interesting that the majority of the effect is seen within the first few days, very similar to the differences seen between dual vs monotherapy with antiplatelet medications,” added Schwamm, who is also a volunteer expert for the American Heart Association/American Stroke Association.

Most patients had hypertension (73.5% in the ticagrelor-aspirin group and 74.0% in the clopidogrel-aspirin group), and most had suffered a previous ischemic stroke (80.4% and 80.5%, respectively). The median National Institutes of Health Stroke Scale (NIHSS) score was 2.

Patients were randomized to treatment with either ticagrelor (180 mg on day 1, 90 mg twice daily on days 2-90) combined with a clopidogrel placebo, or clopidogrel (300 mg on day 1, followed by 75 mg once daily on days 2-90) combined with a ticagrelor placebo. All patients also received aspirin (75-300 mg loading dose, followed by 75 mg/d) for 21 days.

Results for the secondary outcomes of the study in patients treated with ticagrelor-aspirin versus clopidogrel-aspirin were as follows:

“There was an increase in mild bleeding with ticagrelor compared with clopidogrel, but not in major or severe bleeding. This risk seems very reasonable to tolerate when compared to a reduction in stroke risk. It is not surprising if you believe that the ticagrelor patients had more effective platelet inhibition,” noted Schwamm.

In conclusion, wrote Wang and colleagues: “Ticagrelor may be clinically useful as an alternative antiplatelet agent in patients with stroke carrying CYP2C19 loss-of-function alleles for whom the efficacy of clopidogrel might be reduced, especially in East Asian populations for whom the burden of stroke recurrence and the prevalence of CYP2C19 loss-of-function alleles are high. However, the clinical usefulness of pharmacogenomics-guided selection of antiplatelet therapy is limited by the availability of rapid CYP2C19 genotyping techniques and tool kits, and the cost-effectiveness of a genotype-guided strategy needs further investigation.”

Schwamm added that some caveats are worth noting in interpreting the results.

“The median severity in the trial was very low (NIHSS 2) so this finding may not be generalizable to more severe strokes. The study was conducted in 1 ethnically homogenous group of Chinese patients, and their stroke etiology and risk of bleeding may differ from other populations such as northern European or Caucasian populations with different risk factor profiles, especially the rates of apo E genotypes and other risk factors of ICH such as amyloid angiopathy or cerebral small vessel disease,” he told BreakingMED in an email correspondence.

“The absolute risk reduction is modest, so clinicians should factor in cost and other potential barriers to adherence when considering prescribing ticagrelor. However, this study identifies another indication for selecting ticagrelor as a first line therapy for minor stroke or TIA combined with aspirin, especially for patients who have experienced a stroke while already on clopidogrel and who harbor the mutations. An unanswered question is how often testing for the mutation should occur, and if it should be part of the routine stroke workup,” concluded Schwamm.

Study limitations include the nongeneralizability of results to patients of other ethnicities, the higher incidence of intracranial-artery stenosis in Asian populations, the possibility that the two agents could have differing effects in non-Han patients with the same loss-of-function alleles, exclusion of important subpopulations of patients presenting with stroke and TIA including those with cardioembolic stroke, moderate or severe stroke, delayed presentation after stroke, and treatment with thrombolysis or thrombectomy.