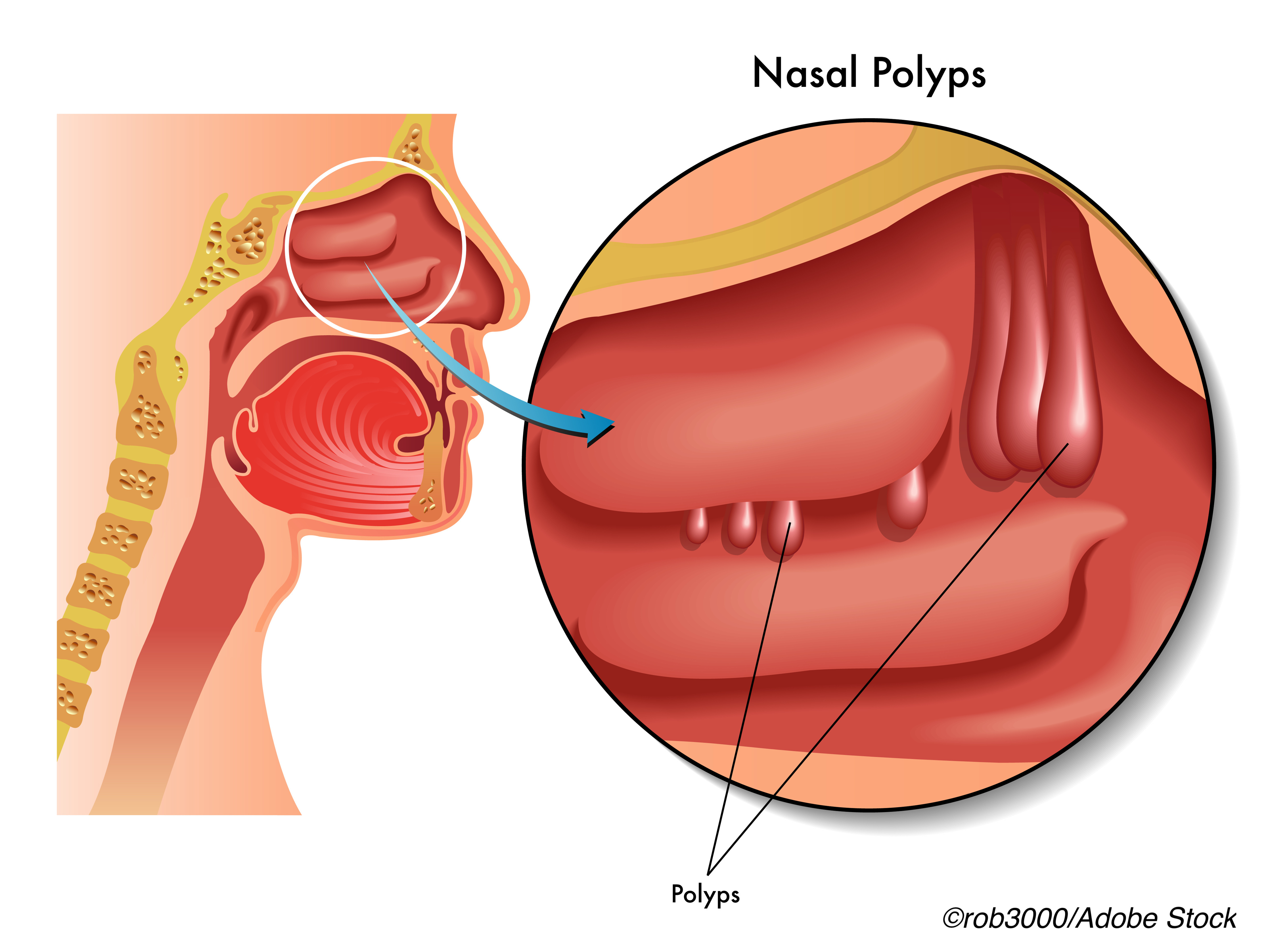 Patients with severe chronic rhinosinusitis with nasal polyps treated with the IL-4 and IL-13-targeting biologic dupilumab reported improvements in sense of taste, as well as smell, in a post hoc analysis of data from the LIBERTY NP SINUS-24 and -SINUS-52 trials.

Pooled findings from the two trials showed that a higher proportion of patients treated with dupilumab versus placebo reported improvement in loss-of-taste severity at 24 weeks in the intention to treat (ITT) population (61% versus 26%), assessed using a 0 to 3 point loss-of-taste severity scale (0 representing no loss of taste and 3 representing the highest loss of taste).

In a subgroup analysis that included only patients who reported loss of sense of taste, 70% of those treated with the fully human monoclonal antibody reported improvements in sense of taste, compared to 28% of placebo-treated patients in the pooled analysis of the 24-week and 52-week trials.

The post hoc analysis, which is among the first to describe patient-reported improvement in sense of taste in those with severe chronic rhinosinusitis with nasal polyps (CRSwNP), was presented this week at the European Academy of Allergy and Clinical Immunology annual meeting, EAACI Hybrid Congress 2021.

Researcher Amju T. Peters, MD, of Chicago’s Feinberg School of Medicine, Northwestern University, and colleagues, noted that loss of sense of taste is common among patients with CRSwNP and is generally linked to loss of sense of smell.

Dupilumab blocks the signaling of interleukin (IL)-4 and IL-13, which are key drivers of type 2 inflammation. Type 2 inflammation is the cause of chronic rhinosinusitis with nasal polyps in about 80% of patients.

The FDA approved dupilumab in June 2019 as the first treatment specifically for chronic rhinosinusitis with nasal polyps. The biologic was approved for patients whose symptoms were not adequately controlled with intranasal corticosteroids.

In the LIBERTY SINUS-24 and SINUS-52 trials, patients treated with dupilumab showed statistically significant reductions in nasal polyp size and nasal congestion compared to patients in the placebo arm of the study. The dupilumab-treated patients also reported increases in sense of smell and required less nasal polyp surgery and oral steroids.

The newly reported pooled post hoc analysis of the two trials included data on 650 CRSwNP patients who were participants in the 24- and 52-week LIBERTY trials, including 385 randomized to the dupilumab arms and 265 randomized to receive placebo.

Patient-reported ’taste’ was assessed weekly and taste scores were analyzed in the intention-to-treat (ITT) and an enriched population (baseline loss-of-’taste’ severity >0) to adjust for patients not reporting any loss of taste.

The mean age of the patients included in the analysis was 51 years, close to 60% were male, and almost all (97.7%) had undergone prior surgery for nasal polyps and/or received systemic corticosteroids during the 2 years prior to enrollment. The mean time from first diagnosis of nasal polyps was close to 11 years in both treatment arms.

Moderate associations were observed between improvement in loss-of-taste severity and improvements in loss of smell, UPSIT, and SNOT-22 smell/taste item scores at week 24 in the ITT population (0.56, 95% CI, –0.39, and 0.58, respectively, all P<0.0001. This was maintained at week 52.