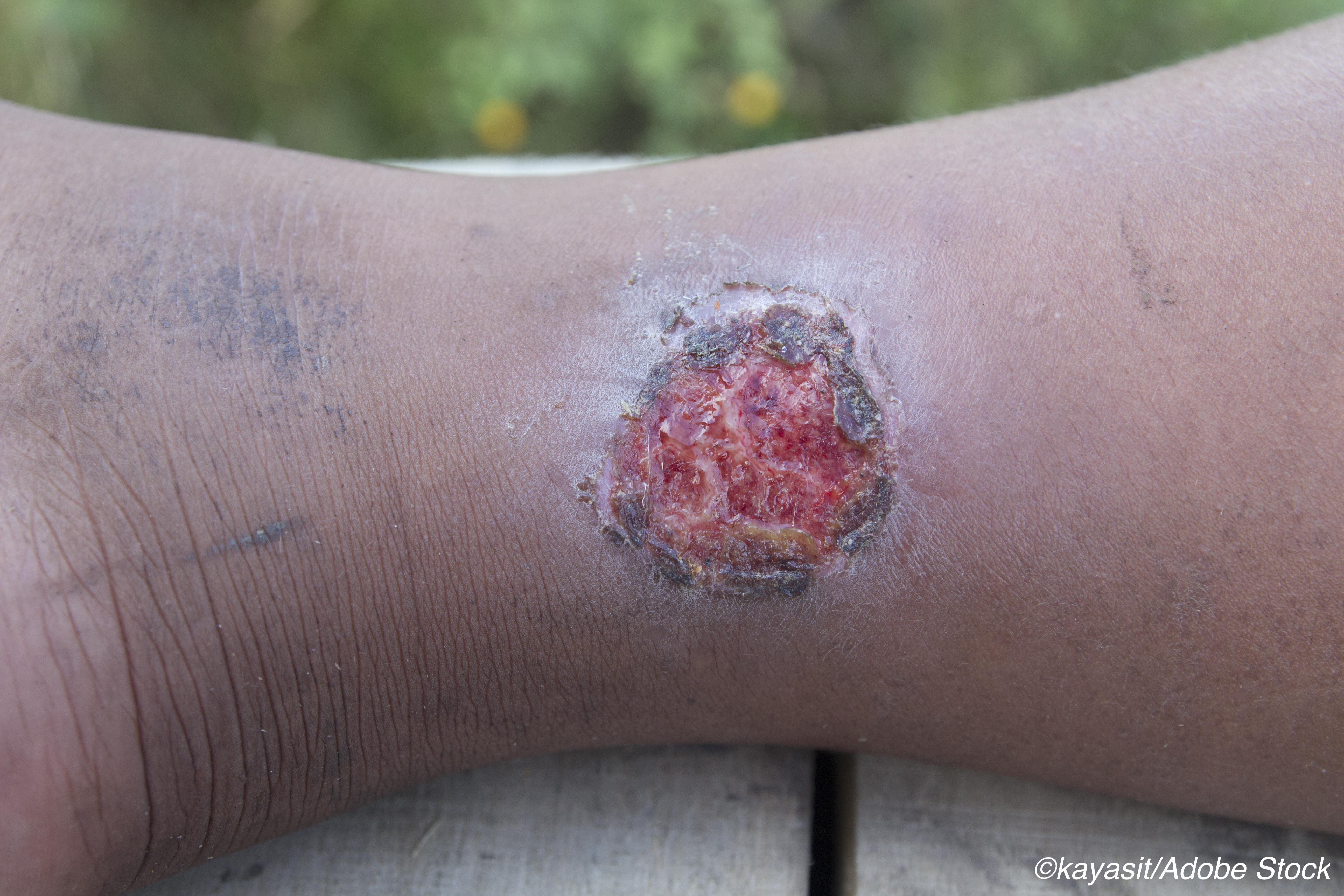 Results from the Early Venous Reflux Ablation (EVRA) trial published in 2018 showed that early endovenous ablation of superficial venous reflux in addition to compression therapy resulted in a shorter time to ulcer healing compared with compression therapy alone. Patients receiving early treatment also had longer ulcer-free time in a 1-year follow-up period. Here, Gohel and colleagues performed an extended follow-up of participants in the EVRA trial to evaluate the effectiveness of early endovenous ablation on outcomes up to 5 years.

The EVRA trial was conducted at 20 centers across the United Kingdom between October 2013 and September 2016. It involved 450 participants with VLUs who were randomized to receive either compression therapy and undergo early endovenous ablation of superficial venous reflux within 2 weeks after randomization (early intervention group) or to receive compression therapy alone, with deferred endovenous ablation once the ulcer had healed or after 6 months if the ulcer had not healed (deferred intervention group).

Of the 426 study participants whose leg ulcers had healed, 28.4% experienced one recurrence during follow-up. There was no difference between the two groups in the time to first recurrence (hazard ratio, 0.82; 95% CI, 0.57-1.17).

“The 4-year ulcer recurrence rates in this trial are comparable to those of previous studies evaluating ulcer recurrence after open varicose vein surgery, and outcomes in both groups of the EVRA trial are favorable compared with outcomes with compression alone,” the authors observed. “These findings support the strategy adopted in this study, where the choice of endovenous modality was left to the discretion of the treating clinician. Ablating superficial venous reflux is likely to be more important than the choice of modality.”

They concluded that leg ulcer care pathways should include early assessment and treatment of superficial venous reflux.

In a commentary accompanying the study, William A. Marston, MD, Division of Vascular Surgery, Department of Surgery, University of North Carolina School of Medicine, Chapel Hill, wrote that despite the evidence supporting venous intervention, it is “still believed to be low in patients with VLUs.”

For example, Marston noted that most patients with leg ulcers are cared for in ulcer or wound clinics, which might have limited or even no access to vascular laboratories that can screen patients for venous reflux, making it more difficult to identify patients who can benefit from venous intervention.

“Care centers that cannot provide all aspects of VLU management should partner with others to ensure that comprehensive care is available to patients to achieve the benefits promised by the results of the EVRA trial,” wrote Marston. “Practice guidelines and reimbursement for care should be designed to support this type of collaborative management as it is most likely to yield more rapid healing, fewer recurrences, improved quality of life, and more cost-effective care.”

Gohel reported receiving grants from the National Institute for Health Research during the conduct of the study and personal fees from Medtronic and Cook Medical outside the submitted work.