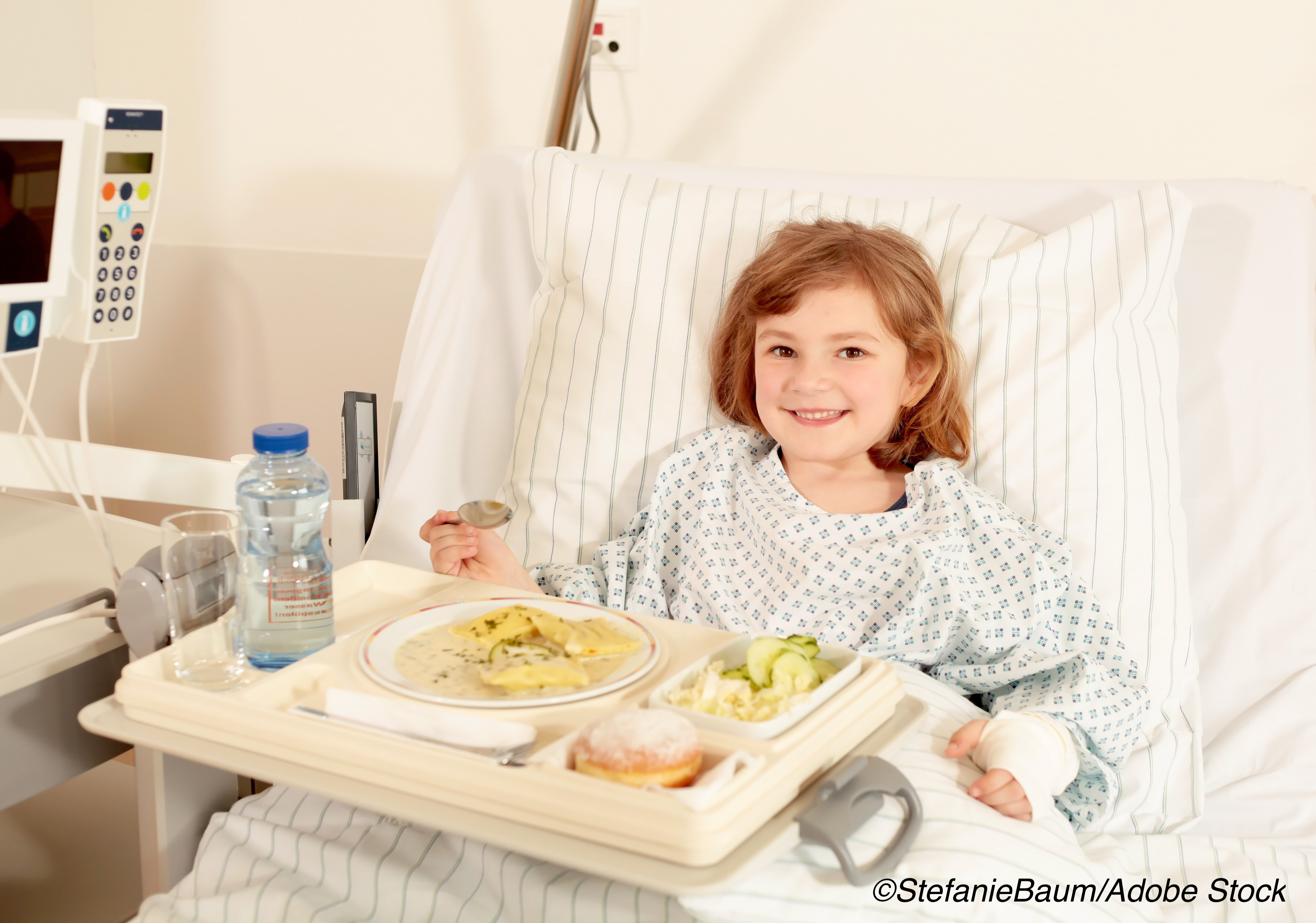 An early, unrestricted diet may be good for children with mild-moderate AP

For children with mild-moderate acute pancreatitis (AP), beginning a full-fat diet early has the same outcomes as fasting and led to more weight gain, according results from a small, randomized study published in Pediatrics. Researchers hope that their data—from the first study in children with AP—will encourage clinicians to consider early implementation of an unrestricted diet in these children.

“Early enteral feeding is beneficial in acute pancreatitis; however, evidence is limited to low-fat or transgastric feeding. There are no prospective data, and only limited retrospective data, in pediatric AP. Initial fasting is still widely practiced by pediatric gastroenterologists,” wrote authors led by Oren Ledder, MD, of the Shaare Zedek Medical Center, Jerusalem, Israel.

In their randomized, controlled trial, Ledder and colleagues included 33 children aged 2 to 18 years (mean age: 11.5 years; 52% male) with mild-moderate AP who were randomized to either initial fasting and IV fluids (n=18) or an immediate, unrestricted, full-fat enteral diet (n=15).

Patients randomized to initial fasting received oral nil by mouth with IV fluids, followed by a low-fat oral diet after pain resolved. The early enteral feeding group was offered an unrestricted, full-fat enteral diet immediately after randomization and encouraged to commence oral feeding as soon as possible as tolerated by the patient.

Time to discharge was the primary outcome of the study, and secondary outcomes included clinical and biochemical resolution, and complication rates.

Time to hospital discharge was similar between groups, at 2.6 days in those assigned to early feeding compared with 2.9 days in those randomized to initial fasting (P=0.95). Reductions in serum lipase levels by day 2 were also similar in both groups, at 58% versus 48%, respectively (P=0.65), as were readmission rates (6% versus 13%; P=0.22).

Pain scores were also similar in both groups, with a median of 7.5 in children in the early feeding group compared with 6 in those who fasted (P=0.33). Time to being pain free was 2 days in both groups.

Rates of immediate and delayed complications did not differ, and no local pancreatic complications were seen in any patients upon follow-up ultrasound. Relapse pancreatitis occurred in 1 patient in the fasting group and no patients in the early feeding group.

Finally, children with AP who were fed early with an enteral diet had a weight gain of 1.3 kg at a median follow-up of 49 days, compared with a weight loss of 0.8 kg in those who fasted (P=0.28). Ledder and fellow researchers found no differences in serum results and observed non-significant trend to lower serum lipase levels in children in the early feeding group.

“Despite the mounting evidence to the contrary, a survey of practice revealed that the overwhelming majority of pediatric gastroenterologists treat patients with AP with initial fasting and only slowly reintroduce feeds depending on the clinical improvement,” wrote Ledder et al.

“We demonstrated the safety of early commencement of a full-fat diet in pediatric AP, with no impact on disease duration, length of hospital stay, or complication rates. These findings provide important supportive data to current recommendations relating to early feeding in pediatric AP, preventing unnecessary fasting in young patients with AP. Indeed, fasting of children with mild-moderate AP may now be considered inappropriate in most circumstances, both in clinical care and in future studies,” they concluded.

Limitations of the study include its small sample size, the inclusion of only patients with mild-to-moderate AP, and the absence of data regarding the etiology of pancreatitis in these patients.

Another limitation of the study, stressed Julian Hamilton-Shield, MD, of the University of Bristol, and Eleri Cusick, ChM, of the Bristol Royal Hospital for Children, Bristol, UK, was the exclusion of patients with trauma and biliary disease, both of which are associated with childhood AP.

“This prospective study adds support to the hypothesis that early enteral feeding may be of benefit in managing AP in most children,” they wrote in their accompanying editorial adding that more and larger studies are needed.

“What is needed now is a randomized trial across international sites with sufficient power to demonstrate equivalence in outcomes to ensure the safety of early feeding. If these findings are confirmed by future research, greater adoption of early enteral feeding in AP should follow.”

This study was supported by the Sydney Children’s Hospital Foundation.

Ledder reported no conflicts of interests.