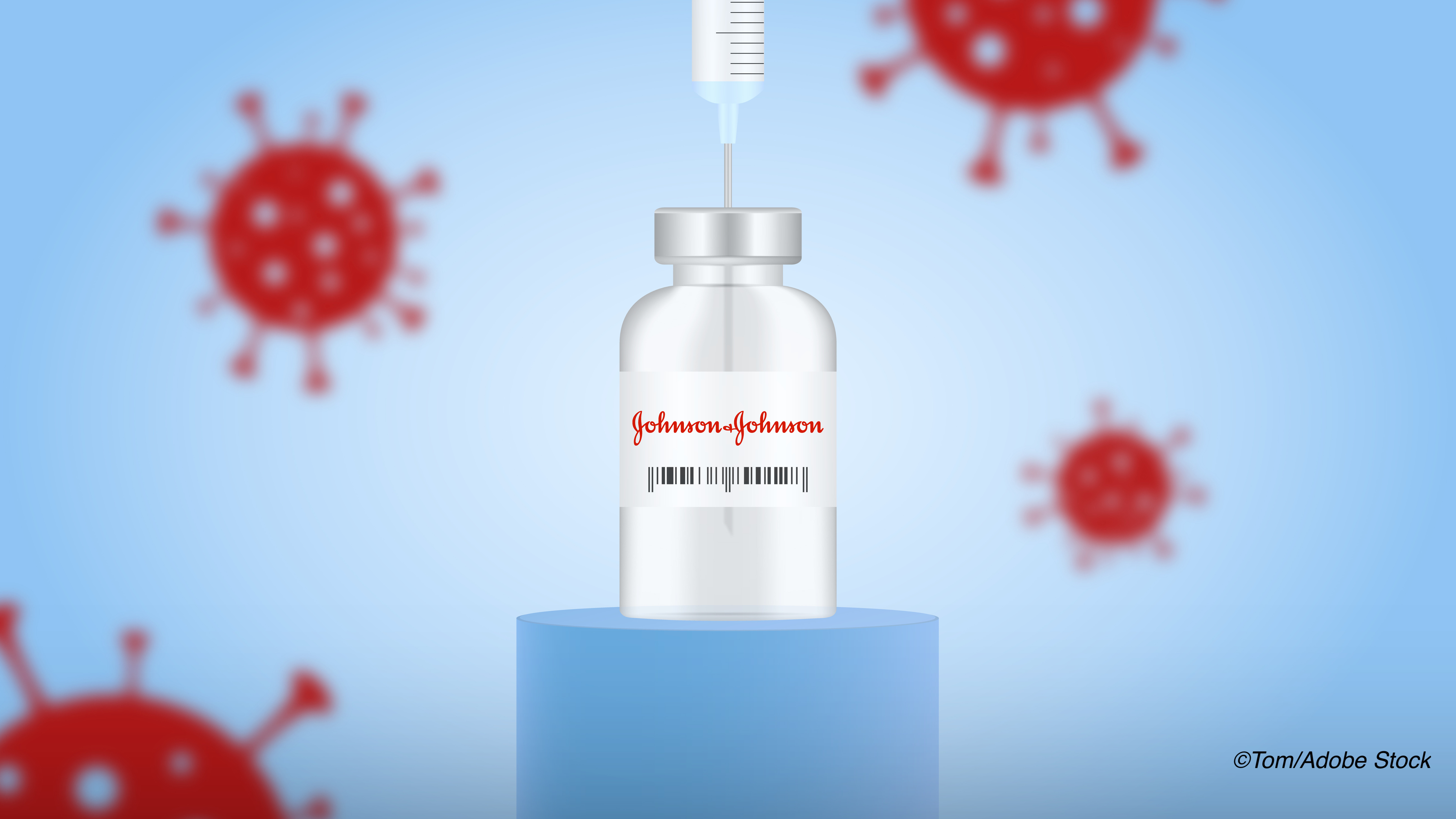 As prospects for the Ad26.COV2.S single-shot Covid-19 vaccine remain uncertain in the United States, peer-reviewed data from an international randomized trial showed thromboembolic events to be rare in study participants, but more than three-fold higher in the active vaccine group than the placebo group.

Within the safety follow-up period of seven days after vaccine or placebo administration, 11 thromboembolic event occurred in the Ad26.COV2.S vaccine group compared to three in the placebo group. The researchers noted that most of the events involved participants with underlying medical conditions that increased their risk for developing blood clots.

The rate of non-Covid-19-related serious adverse events among the close to 40,000 study participants was the same among the active vaccine and placebo recipients (0.4% for both groups).

Three deaths were reported in the vaccine group and 16 in the placebo group, but all of the deaths were considered to be unrelated to the trial intervention by study investigators.

The peer-reviewed findings from the ENSEMBLE study—conducted in South America, South Africa, Mexico, and the United States—were published online Wednesday in The New England Journal of Medicine.

On Friday, April 23, the Center for Disease Control’s Advisory Committee on Immunization Practices (ACIP) is scheduled to meet to make recommendations regarding the future use of the Ad26.COV2.S vaccine, manufactured by Johnson & Johnson.

The vaccine was approved for use in the United States in late February, but federal health officials temporarily stopped its rollout just over a month later following six reported cases of severe blood clots in nearly 7 million U.S. recipients, including one death.

More trouble for the vaccine came Wednesday with the release of a U.S. Food and Drug Administration (FDA) report detailing unsanitary conditions, inadequate staff training, and other ongoing quality control concerns at the Baltimore manufacturing plant responsible for the recent contamination of as many as 15 million doses.

In an interview with BreakingMED, Kelly Moore, MD, deputy director of the vaccine education group Immunization Action Coalition, predicted that the ACIP will lift the pause on vaccine use on Friday without restrictions on who should get it.

She added that the concern had been that many new cases of blood clots would emerge in people who have gotten the Ad26.COV2.S vaccine, but that has not happened.

“I’m not hearing about a lot of new cases,” she said.

Moore said that while the thromboembolic events associated with the vaccine are serious, they are also very rare.

She added that the CDC and FDA have done a good job of informing the public about what is and is not known about this risk.

“There has been a lot of transparency, and I believe that will minimize hesitancy about getting this vaccine when it is once again available,” she said.

The phase III ENSEMBLE study was an international, randomized, double-blind, placebo-controlled trial in which participants were randomized to receive either the Ad26.COV2.S vaccine (5×1010 viral particles) or placebo from Sept. 21, 2020 to Jan. 22, 2021. A total of 44,325 people underwent randomization, and 19,630 received the single shot while 19,691 received placebo.

In the study cohort from South Africa, where 94.5% of Covid-19 cases involved the 20H/501Y.V2 variant, vaccine efficacy was 52% and 64%, respectively, against moderate to severe disease occurring within 14 days and 28 days of vaccination.

The safety sub-population included 3,356 participants in the vaccine group and 3,380 in the placebo group.

During the seven-day period after getting the vaccine or placebo, more adverse events were reported in the active vaccine group and by adults younger than 60 years, compared to older adults.

“A numerical imbalance was observed for venous thromboembolic events (11 in the vaccine group vs 3 in the placebo group),” the researchers wrote. “Most of these participants had underlying medical conditions and predisposing factors that might have contributed to these events. Imbalances were also observed with regard to seizure (which occurred in 4 participants in the vaccine group versus 1 in the placebo group) and tinnitus (in 6 versus 0).”

The researchers wrote that a causal relationship between vaccination and these events “cannot be determined.”

“These events will be monitored in the post-marketing setting,” they concluded.

This research was funded by Janssen Research and Development. Lead researcher Jerald Sadoff and other investigators are employees of Janssen.