ESC: How Low Can You Go for Systolic BP in Elderly? Lower Than You Thought 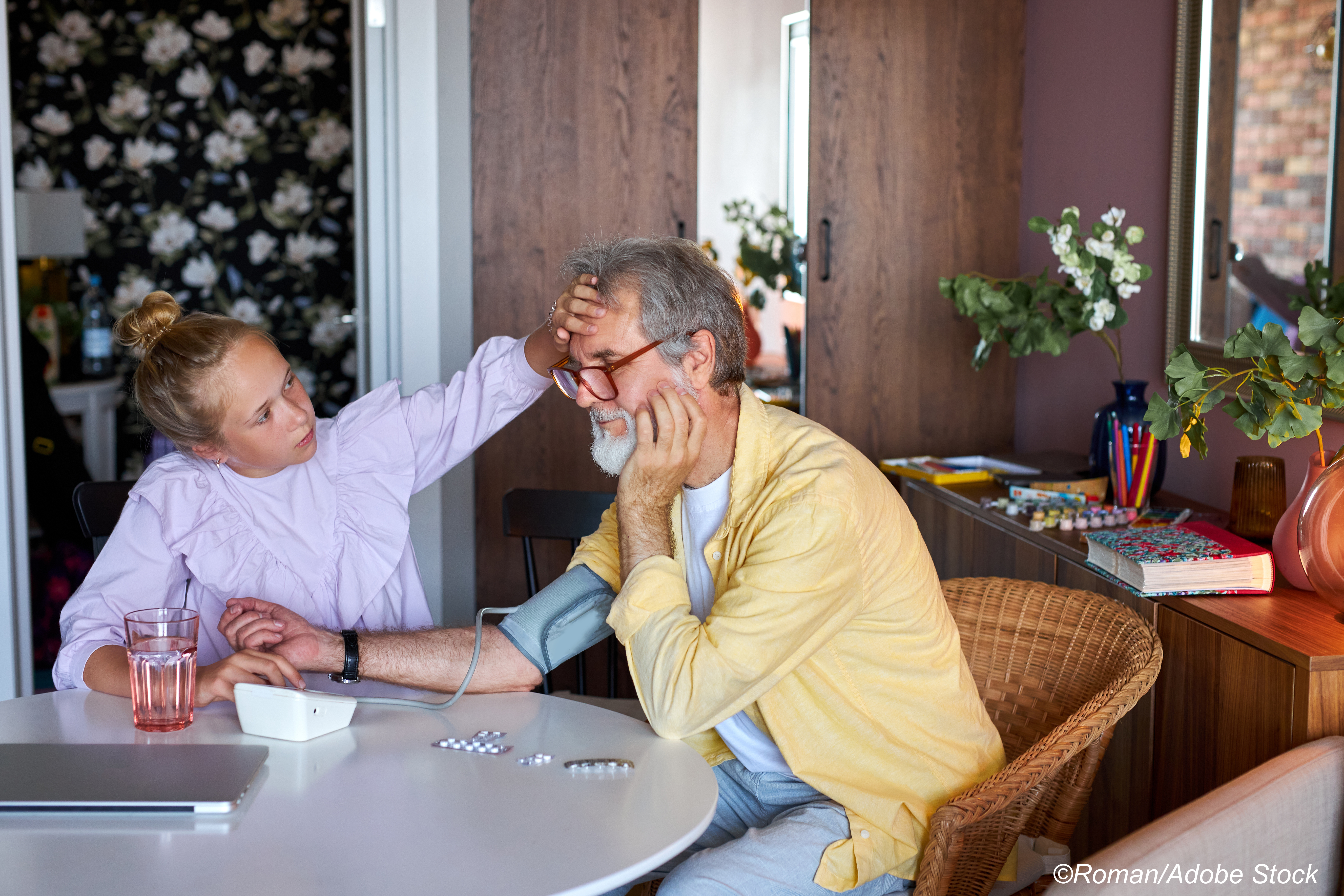 An intensive blood pressure management strategy that lowered systolic blood pressure to less than 130 mmHg significantly reduced the number of strokes, myocardial infarctions, and hospitalizations for heart failure in a study of more than 8,000 hypertension patients age 60 to 80, according to findings from the STEP trial.

The Strategy of Blood Pressure Intervention in the Elderly Hypertensive Patients (STEP) trial results were reported as a Hot Line late-breaking clinical trial at the European Society of Cardiology’s 2021 Congress—The Digital Experience by Jun Cai, MD, PhD, of the Chinese Academy of Medical Sciences in Beijing, China. The results were simultaneously published in The New England Journal of Medicine.

STEP was a non-blinded randomized trial that enrolled 8,511 persons at 42 clinical centers in China. The participants ranged in age from 60 to 80, (mean age 66) with systolic blood pressure of 140 to 190 mmHg (mean baseline systolic bp 146 mmHg). A little less than half were men.

At each center, eligible patients were randomly assigned to intensive BP lowering with a target of 110 to <130 mmHg, or standard treatment management with a systolic target of 130 to <150 mmHg.

“After randomization, all patients were scheduled for follow-up visits at 1, 2, and 3 months and every 3 months thereafter until 48 months. The patients were provided with antihypertensive drugs, including olmesartan (an angiotensin-receptor blocker), amlodipine (a calcium-channel blocker), and hydrochlorothiazide (a diuretic),” Cai explained. “Adjustment of the medications to reach the systolic blood-pressure target was based on office blood-pressure measurements obtained during the screening phase and the entire follow-up period.”

All participants were also provided with validated home blood-pressure monitoring devices paired to a smartphone-based app with a Bluetooth function. Patients uploaded their home measurements to a data-recording center. “All patients were required to obtain home blood-pressure readings at least 1 day each week during follow-up,” he said. Cai and colleagues plan to report findings comparing the home blood pressure readings to office-based readings in a future paper, but he said during his presentation that “there was good concordance between the home and office.”

“I would say this evidence really corroborates other trials, such as the SPRINT trial that also enrolled a generally older population,” Dave Dixon, PharmD, told BreakingMED in a phone interview. Dixon is a member of the American College of Cardiology’s Prevention of Cardiovascular Disease Council and an associate professor and interim department chair at the Virginia Commonwealth University School of Pharmacy. “In a subanalysis of SPRINT in adults over 75 they also showed improvement in cardiovascular outcomes. These trials plus HYVET do confirm that lowering blood pressure in generally healthy older adults is the way to go,” he added.

“Ultimately what we are talking about is a personalized approached to managing hypertension, instead of treating all patients with an all-comers approach,” Dixon said. He pointed out that in the STEP trial, the participants were generally healthier, with little evidence of kidney impairment or dysfunction, which is very different from some of the other trials.

“The STEP trial and SPRINT tell us that now is an opportune time to return elevated blood pressure to its status as a continuous-variable risk factor, instead of treating it as a dichotomous disease. After all, the origin of the word ’disease’ is ’the absence of ease… discomfort,’ and is therefore inappropriate for an asymptomatic condition. Such ’disease’ is evident only when major organ damage ensues. Preventive strategies must maximize avoidance of these events. Perhaps ’hypertension; should henceforth be used only in its adjectival form to describe target organ damage (e.g., hypertensive nephropathy) and not as a noun to indicate a disease model. Moreover, the term can be confusing to our patients, which is another argument for its abandonment,” wrote Mark R. Nelson, MB, BS, MFM, PhD, of the Menzies Institute for Medical Research at the University of Tasmania in Hobart, Australia, in an editorial published with the study.

Bryan Williams, MD, of University College in London, who served as discussant for the Hot Line presentation of the STEP trial echoed the observations by Dixon.

“This study is important because it addresses a very simple question: When treating blood pressure in older people, how low should we go?” Williams asked.

“It’s really simple, but actually in reality, answering the question, and achieving the levels of blood pressure controlled or advocated in guidelines is sometimes quite challenging. Many people who are not working in this field would ask, ’why don’t we just lower blood pressure back to normal physiological levels.’ That’s a good question. But, of course, the answer is that most of our patients don’t have normal physiology, especially when they are older, they have impairment of baroreceptor function. Many have stiff arteries, so their vascular system is very poorly compliant. Many will have critical stenosis, feeding vital organs that might be susceptible to pressure reduction. And of course, many will have aging kidneys, and kidney function that is sensitive as well to pressure reduction.”

One-size-fits-all thinking does not work well among the elderly because “…as people age patient heterogeneity increases dramatically as a consequence of accumulation of multi-morbidity… There are some who are biologically active, a very young outlook and lifestyle, and very independent. And at the same age, we can see patients who are biologically very old, very frail, and very dependent on care. And so, the interpretation of the results in these patients is strongly dependent on the where the patient sits on this multi-morbidity scale,” Williams said.

In STEP, the mean age was 66, “but actually 75% of the patients were below the age of 70 years. In addition, the baseline blood pressure was 146 over 83 because many patients were already on treatment, and so we’re not talking about lowering, an elderly person’s blood pressure from a very high level back to a blood pressure target. The next issue is a third of the patients actually had a blood pressure below 140 at baseline on randomization into the study. And lastly, these were as in many studies are relatively low risk population in this age group, with only 2% with renal impairment, and 6% with cardiovascular disease. Now that doesn’t diminish the importance of the findings, what it does, it puts into context, where these patients sit on that scale of heterogeneity that I referred to at the beginning,” Williams said.

Dixon agreed that the baseline pressures are important because “when the systolic blood pressure is certainly below 150, and especially below 140 around that range that the likelihood that we can achieve a systolic blood pressure less than 130 is much more likely. It’s also much more likely that we’ll be able to do that with, you know, hopefully to no more than three medications that are, you know, at least at a moderate dose to kind of maximize blood pressure lowering, while also kind of minimizing any adverse effects of the drug therapy.”

Asked if a polypill approach that combines several antihypertensive drugs into one pill might be a good strategy for this population, Dixon explained that polypill studies have been mostly done in foreign countries. “In the U.S. medication adherence is not so much about pill burden but may be more of a management issue” he said. For example, intensive BP-lowering would require monthly follow-up visits, which can be a resource issue. “Using pharmacists or nurse practitioners may be a better approach,” he added.

Dixon cited what may be a greater barrier to achieving systolic blood pressures less than 130 mmHg: “I think you could call it a stigma really, you know, where treating high blood pressure in older adults there’s this huge concern with hypotension, and all those things. If you look at data, even in those that do experience orthostatic hypotension, it doesn’t necessarily increase harm. It is something that has to be navigated, and I think that’s where, you know, primary care, really kind of needs to rely on the whole healthcare team.”

In the STEP trial participants used home blood pressure monitors with wireless capability so the readings could be transmitted to clinics. Dixon agreed that good out-of-office monitoring, is a key element of hypertension management and it does require that patients received instruction on how to measure blood pressure and that devices be accurately calibrated. “There is a really excellent site that I recommend for patients and for clinicians called validatebp.org, which has a list of validated home monitoring devices,” he said.

Dixon added that patients “may not always understand that managing hypertension is a long-term issue… they are going to need two, possibly three or more medications to adequately controlled their blood pressure. And clinicians also really just need to emphasize the importance of lifestyle modifications… understanding how much lifestyle modifications can really affect blood pressure. We still have a lot of work to do.” The good news, he said, is that cost is not a factor for blood pressure medications since all are available in generic formulations.

The STEP study was funded by the Chinese Academy of Medical Sciences.

Cai had no disclosures.

Dixon had no disclosures.

Williams is a director of Sananko Limited, a steering committee member for global clinical research trials with Novartis, Relypsa, and Vascular Dynamics. He is also a trustee of Blood Pressure UK and member of the NICE Hypertension Guidelines Committee.

Nelson reported personal fees from Novartis outside the submitted work