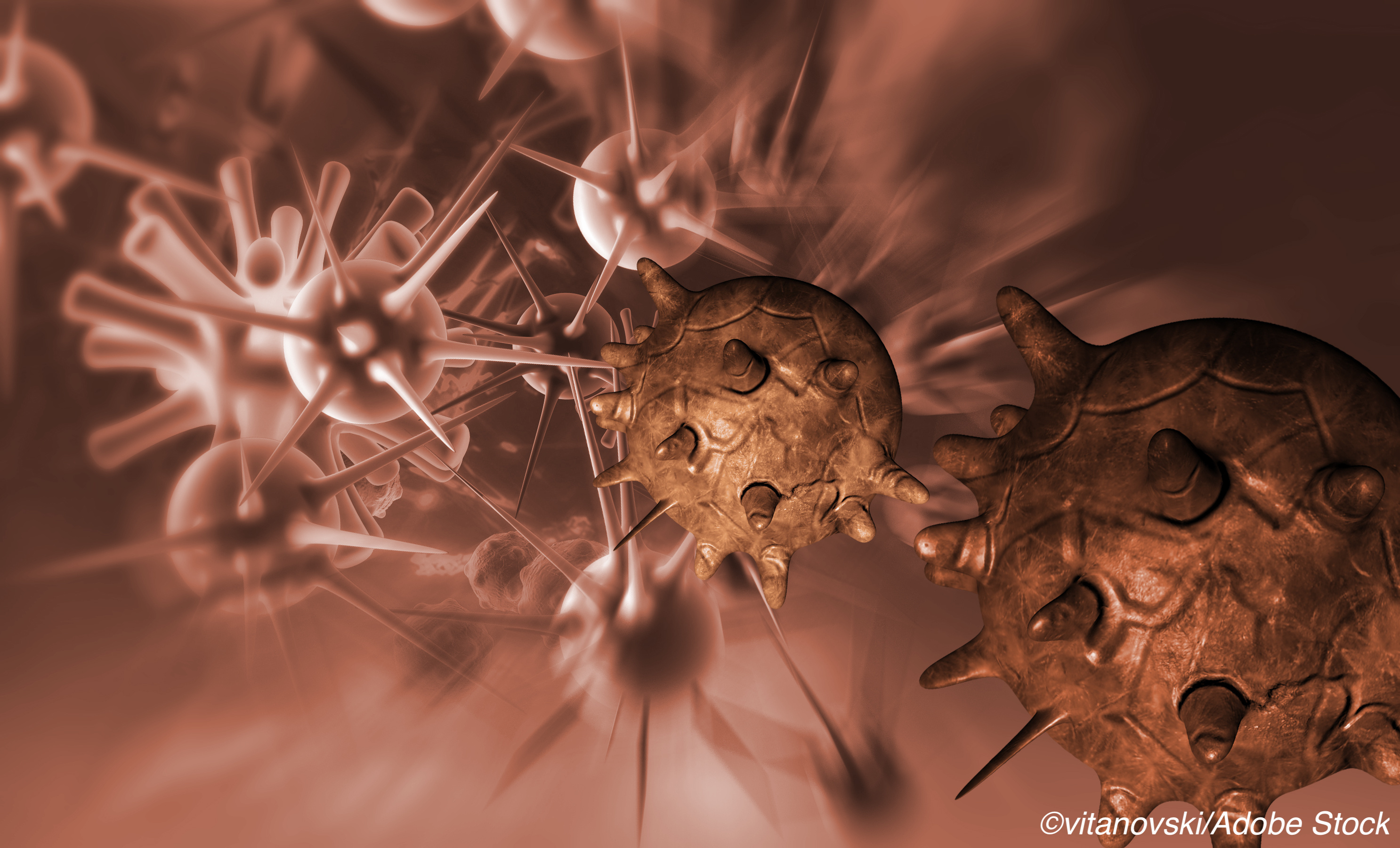 Results of a 129-patient phase I trial of sotorasib, an investigational small molecule agent that “selectively and irreversibly” targets KRASG12C, produced responses in patients with KRAS-mutation solid tumors, according to results reported at the European Society for Clinical Oncology virtual congress (ESMO).

But KRAS mutation tumors have consistently proven to be resistant to targeted therapies, so it is not surprising that the activity demonstrated in this phase I trial was limited as David S. Hong, MD, of University of Texas, MD Anderson Cancer Center, in Houston and colleagues, wrote in a paper posted online by The New England Journal of Medicine concurrently with the ESMO presentation.

Most of the patients in the trial had non-small-cell lung cancer (n=59) or colorectal cancer (n=42), and less than a third (n=28) had other cancers. All had received a median of 3 previous lines of treatment for metastatic disease. “The trial consisted of dose escalation and expansion cohorts. Sotorasib was administered orally once daily. The planned dose levels for the escalation cohorts (1 through 4) were 180, 360, 720, and 960 mg, with two to four patients receiving treatment in each cohort.”

Hong and colleagues noted that in the NSCLC subgroup they observed a 35.3% response at the 960 mg dose, which they found “particularly promising”, and as a result the 960 mg dose is advancing to confirmatory studies. Moreover, the response to sotorasib was rapid—observed at first assessment (6 weeks)—and durable, “ongoing for a median follow-up of nearly a year.… The median duration of response among all patients who had a response was 10.9 months.” But there were patients who progressed soon after an initial response.

“Overall, the results of this trial are very encouraging, showing the first step in ’drugging the undruggable,’” wrote Patricia M. LoRusso, DO, of the Yale Cancer Center, and Judith S. Sebolt-Leopold, PhD, of the University of Michigan Rogel Cancer Center, Ann Arbor in an editorial. “Tumor responses were much better than those seen with the current standard of care for patients with similar disease profiles. Despite these encouraging results, no complete responses were observed, perhaps because tumors harboring KRAS mutations often have multiple oncogenic drivers. Neither serial biopsy data nor serial circulating tumor DNA (ctDNA) data were presented, leaving key questions unanswered — namely, can particular differences in the mutational signatures of KRASG12C NSCLC and colorectal cancers explain the substantial differences in response of these two tumor types, and could other driver mutations have contributed to the lack of complete responses?”

The inconsistency in response was acknowledged by Hong and colleagues who hypothesized that the difference in response between NSCLC patients and colorectal cancer patients “the poor prognosis in patients with metastatic disease and the lack of effective treatments in this population, controlling the tumor burden with an oral therapy for a few months may be meaningful.suggests either that KRAS p.G12C is not the dominant oncogenic driver for colorectal cancer or that other pathways, such as Wnt or EGFR pathways, mediate oncogenic signaling beyond KRAS, a hypothesis supported by recently published preclinical evidence. Therefore, combining sotorasib with therapies that block additional pathways may be a viable option, as shown by studies in BRAF V600E–mutant colorectal cancer.”

LoRusso and Sebolt-Leopold concluded the “article by Hong, et al shows that, through meaningful scientific collaborations, clinical inhibition of this previously untouchable target is now possible. The early development of KRASG12C-targeted agents is just the beginning, lending hope that the ability to target not only other KRAS mutations but also other targets previously thought to be undruggable may be within reach.”

Sebolt-Leopold had nothing to disclose. Analysis of the effect of photodynamic therapy with Fotoenticine on gliosarcoma cells.