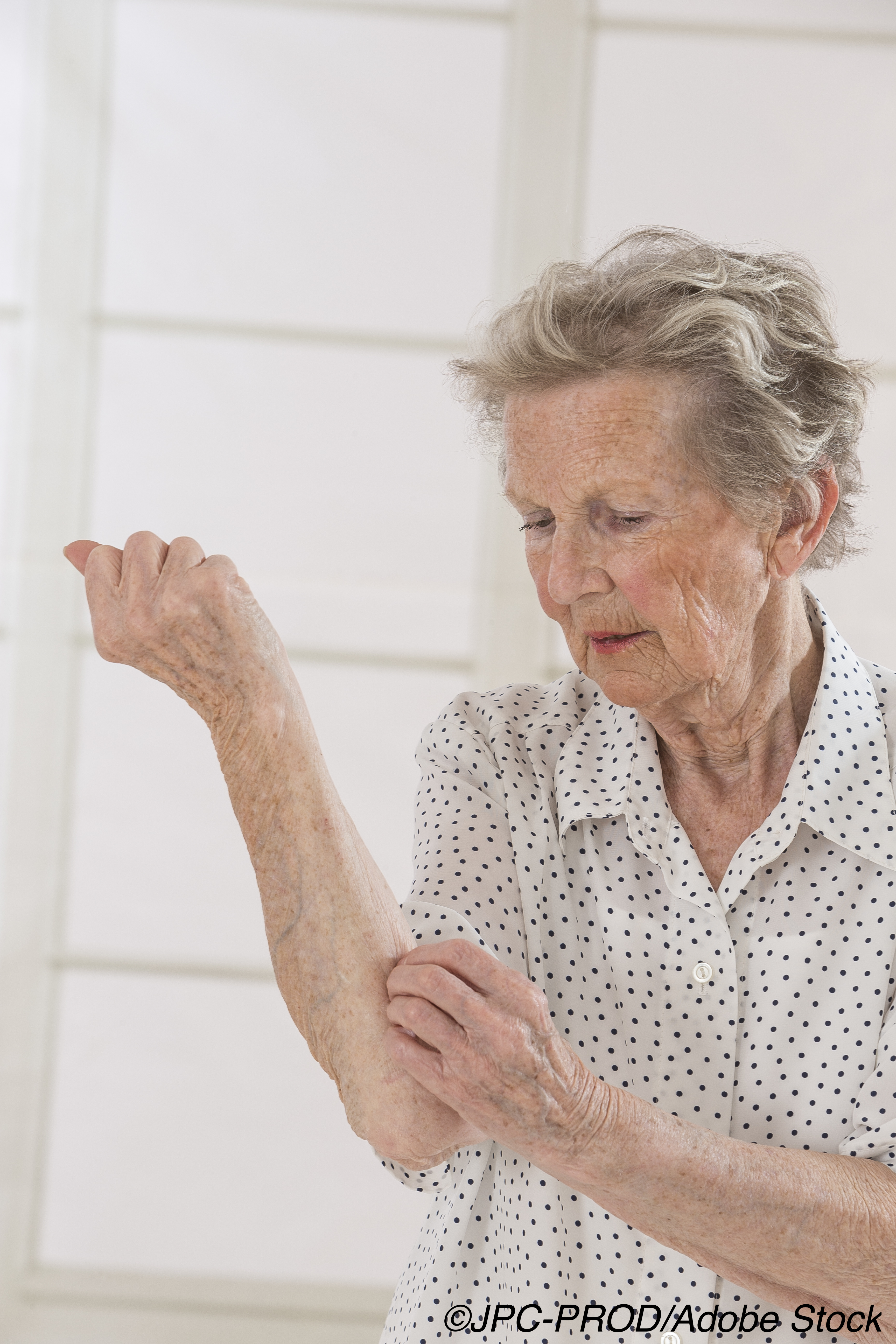 New research highlights critical gaps in understanding the unique vulnerabilities facing older adults with psoriasis and other skin conditions, and the challenges facing the specialists who treat them.

A systematic review of the efficacy and safety of psoriasis medications in patients who were in their mid-60s and older found no evidence that age alone should be a limiting factor in the treatment of the skin disease, but researchers also determined that the quality of the data on older patients in the available studies was low.

In a separate review of randomized trials assessing systemic treatments for atopic dermatitis, researchers found older adults to be underrepresented in the trials, resulting in uncertainty about the safety of the systemic therapies in elderly populations.

Both trials were published online August 19 in JAMA Dermatology.

In an accompanying editorial, dermatologist Daniel C. Butler, MD, of UCSF Health, San Francisco, wrote that there is a critical need to improve care for older adults in many health disciplines, with initiatives designed to generate geriatric-centered research and educational programs in general surgery, ophthalmology, emergency medicine, cancer and other fields.

In 2018, the American Academy of Dermatology established its own geriatric initiative, the Geriatric Dermatology Expert Resource Group, which is co-chaired by Butler.

“Without acknowledging the lack of evidence and infrastructural limitations in clinical trials, the field will perpetuate inadequate practices,” he wrote, adding that “with appreciation of those limitations, we can strongly advocate for the inclusion of older adults in additional formalized research by stripping away exclusionary practices.”

The systematic review of systemic psoriasis therapies in older adults included 31 studies with data on close to 40,000 patients. Seventeen of the studies included in the analysis reported efficacy and safety data on 5,352 treatment episodes in patients who were 65 years of age or older, and 14 did not include this sub-analysis, but were deemed worthy of inclusion by reviewers.

The pooled data analysis revealed that at the end of the treatment induction phase of 12 to 16 weeks, a 75% reduction in Psoriasis Area and Severity Index was achieved in:

“Effectiveness of acitretin, etanercept, adalimumab, and secukinumab appeared not to be associated with age; studies regarding other systemic antipsoriatic therapies did not provide age group comparisons,” the researchers wrote, adding that older age was significantly associated with renal function deterioration in cyclosporin users and with lymphopenia in fumaric acid esters users (hazard ratio, 2.42; 95% CI, 1.65-3.55; P<0.001).

“Cyclosporine should be prescribed in patients 65 years or older with absolute caution, because it appears to be associated with the highest adverse events rate of all antipsoriatic system therapies and an association of adverse events with increasing age was identified,” the researchers wrote.

Infections were the most frequently reported adverse event in patients 65 years or older using biologics, but no significant association with age was found.

“On the basis of limited available evidence, age alone should not be a limiting factor in psoriasis management,” Van Winden and colleagues wrote, adding that “results on safety are scarce but appear to be limited to a higher chance of laboratory abnormalities and (mild) infections.”

The review of systemic therapies for atopic dermatitis included 32 trials with a total of 4,547 patients.

Just over a third of the trials (34%) reported upper age limits ranging from 42 years to 70 years, and the researchers found that just over two-thirds (69%) had other exclusion criteria that “might disproportionately exclude older adults.”

Researcher Megan Lam, BSc, of the Michael G. DeGroote School of Medicine, Ontario, Canada, and colleagues, wrote that the under representation of older adults in randomized trials of systemic treatments for atopic dermatitis “appears to leave older patients and their physicians to make treatment decisions based on evidence that may not be generalizable to them. “

“Observational studies in older populations would help to clarify the safety and efficacy of systemic treatments for atopic dermatitis, and future trials should endeavor to increase participation of older adults,” they concluded.

In his editorial, Bulter wrote that dermatologists must be the catalysts for change by strongly advocating for prioritizing older people in future clinical trials.

“We cannot compromise the quality of care we give to vulnerable older patients simply because our current systems often neglect them,” he concluded.