Exercise and the Elderly: Is HIIT the Best Regimen? 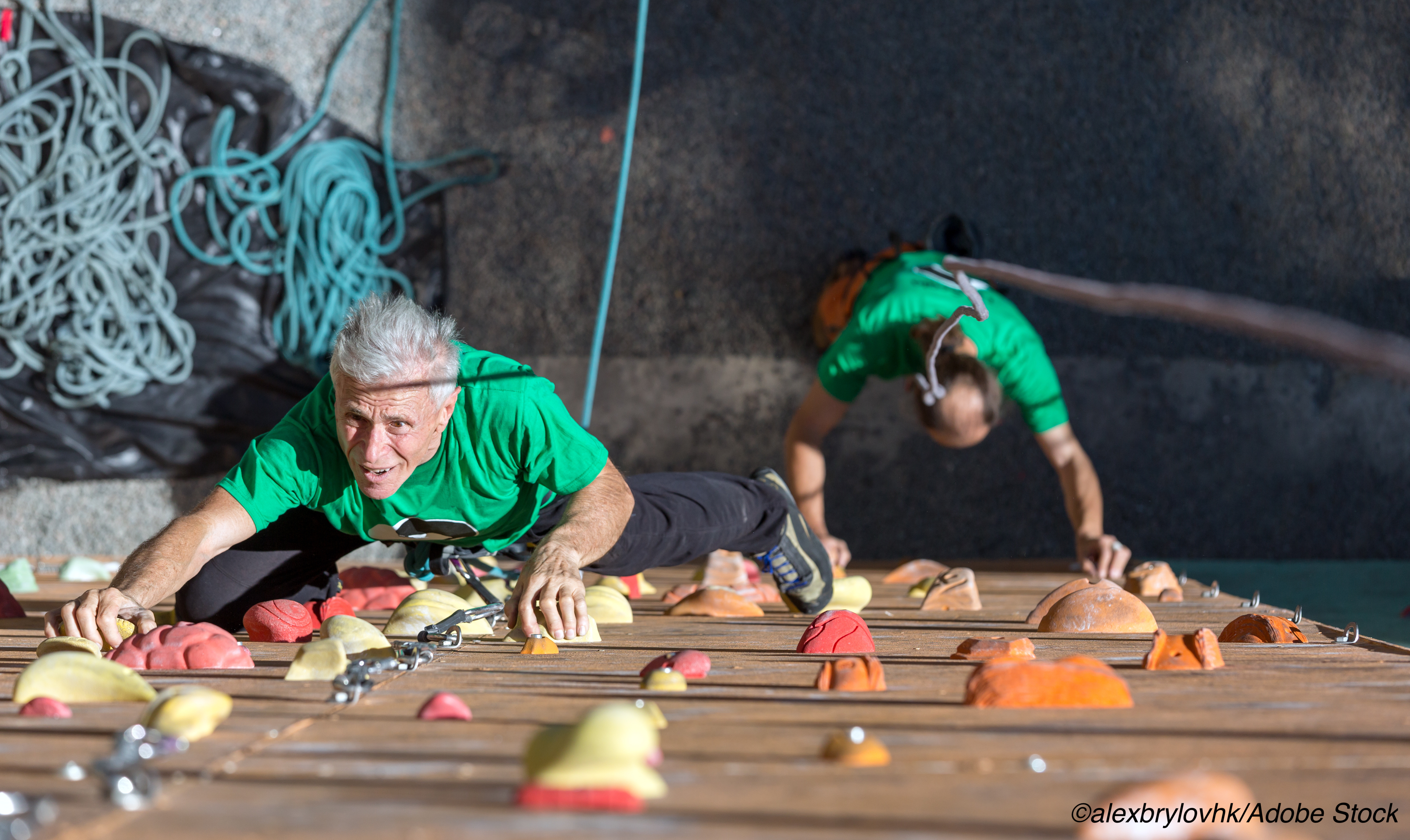 To answer this question, researchers in Norway conducted the Generation 100 study and found that older people—ages 70 to 77 years—who took part in high-intensity interval training (HIIT) twice weekly were physically and mentally better off after 5 years—albeit it only slightly—than those who followed moderate intensity training regimens or followed nationally established guidelines for physical activity.

Specifically, older adults who trained for 5 years with HIIT may have lowered their all-cause mortality. But researchers were quick to add that any physical activity regimen in this age-group is beneficial. Results are published in The BMJ.

“The rapidly aging population and higher death rates among older adults make this population particularly interesting for testing whether a causal relation exists between the current advice on physical activity levels and longevity. In a general population of older adults aged 70-77 years in Norway, we tested the primary hypothesis that systematic exercise training lowers all-cause mortality compared with giving advice to follow the national guidelines for physical activity. We also examined an exploratory hypothesis that high intensity interval training lowers mortality more than moderate intensity continuous training,” wrote Dorthe Stensvold, PhD, of the NTNU-Norwegian University of Science and Technology, Trondheim, Norway, and colleagues.

At baseline, most participants (87.5%) reported that they were in good overall health, and 80% reported engaging in medium or high physical activity. The primary endpoint of the study was all-cause mortality.

At 5 years, all-cause mortality did not differ significantly between the control group (4.6%) and those in the combined HIIT and MICT groups (4.5%), or in the HIIT group (3.0%) and MICT groups (5.9%) separately.

Adherence to all three exercise regimens remained relatively stable during the 5-year study, but Stensvold and colleagues found that more participants in the control group crossed over to HIIT training.

In terms of health-related quality of life, those in the HIIT group had significantly higher physical component continuous summary scores compared with those in the MICT group (P=0.04) and the control group (P=0.01). They also found that regular exercise in this population may be more protective against cardiovascular disease related mortality than against cancer-related mortality in individuals with pre-existing disease.

“Compared with the Norwegian recommended guidelines for physical activity, supervised exercise (HIIT and MICT combined) showed no effect on all-cause mortality, cardiovascular disease events, or cancer events in older adults. Our data do, however, suggest that HIIT lowers the risk of premature death compared with recommended guidelines and MICT,” concluded Stensvold and colleagues.

Past-president of the American Geriatrics Society, Barbara Resnick, PhD, RN, CRNP, FAAN, FAANP, of the University of Maryland School of Nursing, Baltimore, Maryland, weighed in on these results from the Generation 100 study.

“There are prior studies that show benefits from exercise across all intensity levels. The important take home is to encourage all older adults to exercise/engage in physical activity starting at the level they are able and building up such that they increase the time and intensity of the physical activity performed,” she told BreakingMED.

Limitations of the study include the real-life setting, high activity levels of those in the control group, only 50% adherence to exercise criteria among HIIT participants, and a possible healthy volunteer bias. In interpreting the results, Resnick said:

“I have concerns that the those recruited were already engaging in moderate level activity. Also, this was a relatively young population with a mean age of just around 72. This is not reflective of all older adults.”

Ultimately, these results shouldn’t change clinician recommendations regarding physical activity for older patients, according to Resnick.

“Encourage all older adults to engage in physical activity again for a variety of reasons — optimizing function, bone health, mental health, quality of life, maintaining weight, controlling cardiovascular disease, and improving arthritis pain. They should focus on immediate benefits of exercise versus a focus on mortality as an outcome. Focus on living better through physical activity,” she concluded.

The Generation 100 study was supported by the Research Council of Norway, the K.G. Jebsen Foundation for Medical Research, the Norwegian University of Science and Technology, the Central Norway Regional Health Authority, St. Olav’s Hospital, and the National Association for Public Health.

Stensvold reported no conflicts of interest.