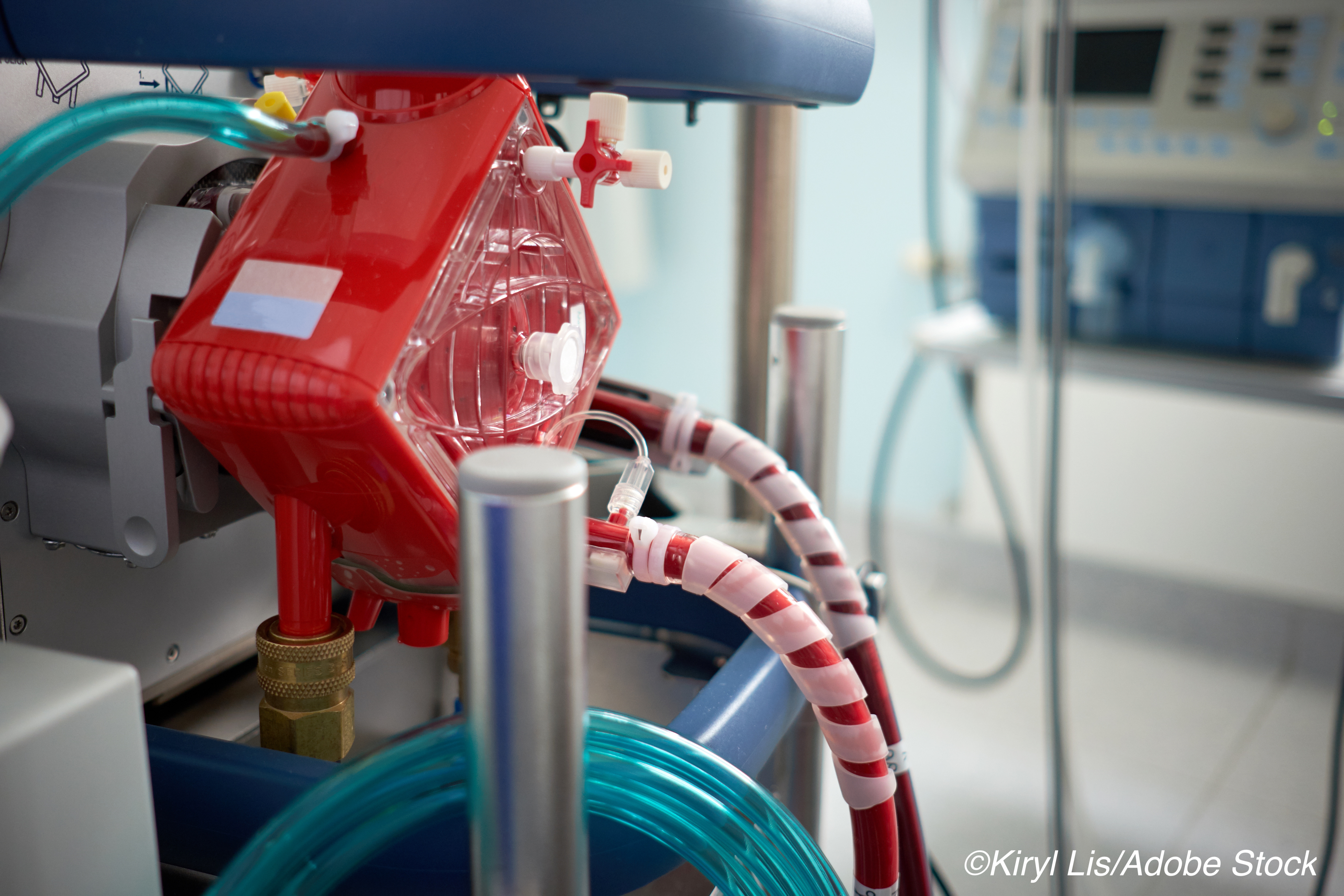 Pediatric ECLS survival has increased, but so have costs

Use of extracorporeal membrane oxygenation (ECMO) and other forms of extracorporeal life support in pediatric settings increased threefold between 2008 and 2015, and survival rates have also risen among children who receive the cardiopulmonary support, researchers report.

The mortality and cost trends analysis in pediatric ECLS was published online August 14 in Pediatrics.

Researcher Yas Sanaiha, MD, and colleagues from the University of California, Los Angeles, noted that extracorporeal life support has been used for life-saving cardiopulmonary support in children since the 1970s, with significant improvements in ECLS delivery technology and patient management strategies occurring in recent years.

“The past decade has seen unprecedented adoption of this technology internationally, with reports of a more than a threefold increase in application in the United States,” they wrote.

In a recent analysis, Sanaiha and colleagues showed increased use of ECMO and other extracorporeal life support in adults, along with improved survival and increasing costs related to ECLS over the past decade.

“Advances in design and fabrication of ECLS circuit components, in particular cannulas, as well as surgical technique and improved intensive care are likely responsible for wider dissemination of this technology and improved outcomes,” they wrote.

They noted that the use of ECLS in the pediatric setting “has followed a different course during the same time period.”

ECLS was first used in neonates for respiratory support, but its use has declined in newborns due to the availability of newer ventilator strategies, inhaled nitric oxide and other interventions.

The use of ECLS in the non-neonate pediatric population has increased, primarily due to its use in children with cardiogenic shock (CS), respiratory failure (RF) and postcardiotomy syndrome, the researchers noted.

“Evidence for the use of ECLS in children is mixed,” Sanaiha and colleagues wrote.

“In previous evaluations of ECLS in children, the average costs of ECLS exceeded $600,000 and yielded variable survival to hospital discharge (40% to 50%) in the United States. Given the relative paucity of large-scale data, in the current study, we aimed to characterize the national trends in use of ECLS in children.”

Their retrospective cohort study included ECLS-treated children between the ages of 28-days and 21-years, identified through the 2008–2015 National Inpatient Sample (NIS), which is the largest all-payer inpatient hospitalization database generated from hospital discharges.

“We used the NIS instead of the Healthcare Cost and Utilization Project (HCUP) Kids’ Inpatient Database (KID) because of the ability of the former to provide annual rather than intermittent hospitalizations across all US hospitals,” the researchers wrote.

Cross validation was performed between the two data sets to ensure a less than 10% difference in NIS and KID.

Surprisingly, the study findings showed ECLS centers with the highest volume of procedures to have higher mortality, complications and costs. The researchers noted that this paradoxical volume-outcome relationship has been seen in some adult studies exploring ECLS outcomes, but not others.

“Although information on physiologic parameters or duration of support is not available in administration databases, the increased mortality noted at high-volume centers is likely due to less stringent selection criteria and severity of illness,” they wrote.

The lack of physiologic and hemodynamic parameters, along with a change in the NIS sampling methodology during the study (from 100% discharge data to a sampling of 20% of discharges) were cited by the researchers as study limitations.

“For relatively rare and complex procedures such as ECMO, discharge coding often does not fully reflect the intricacies of each patient’s hospital course. The details that are omitted during coding could be of great clinical significance and therefor dramatically alter the results of research,” they wrote.

Gillespie and Dalton noted that the mortality declines in the study conflict with the Extracorporeal Life Support Organization’s ELSO Red Book and registry, “which describe relatively stable mortality during the same time period of 43% for pediatric respiratory disease, 49% in pediatric cardiac disease, and approximately 60% in pediatric ECPR.”

The researchers declared no funding source nor relevant relationships with industry related to this study.

The role of parental depression during early childhood obesity treatment-Secondary findings from a randomized controlled trial.