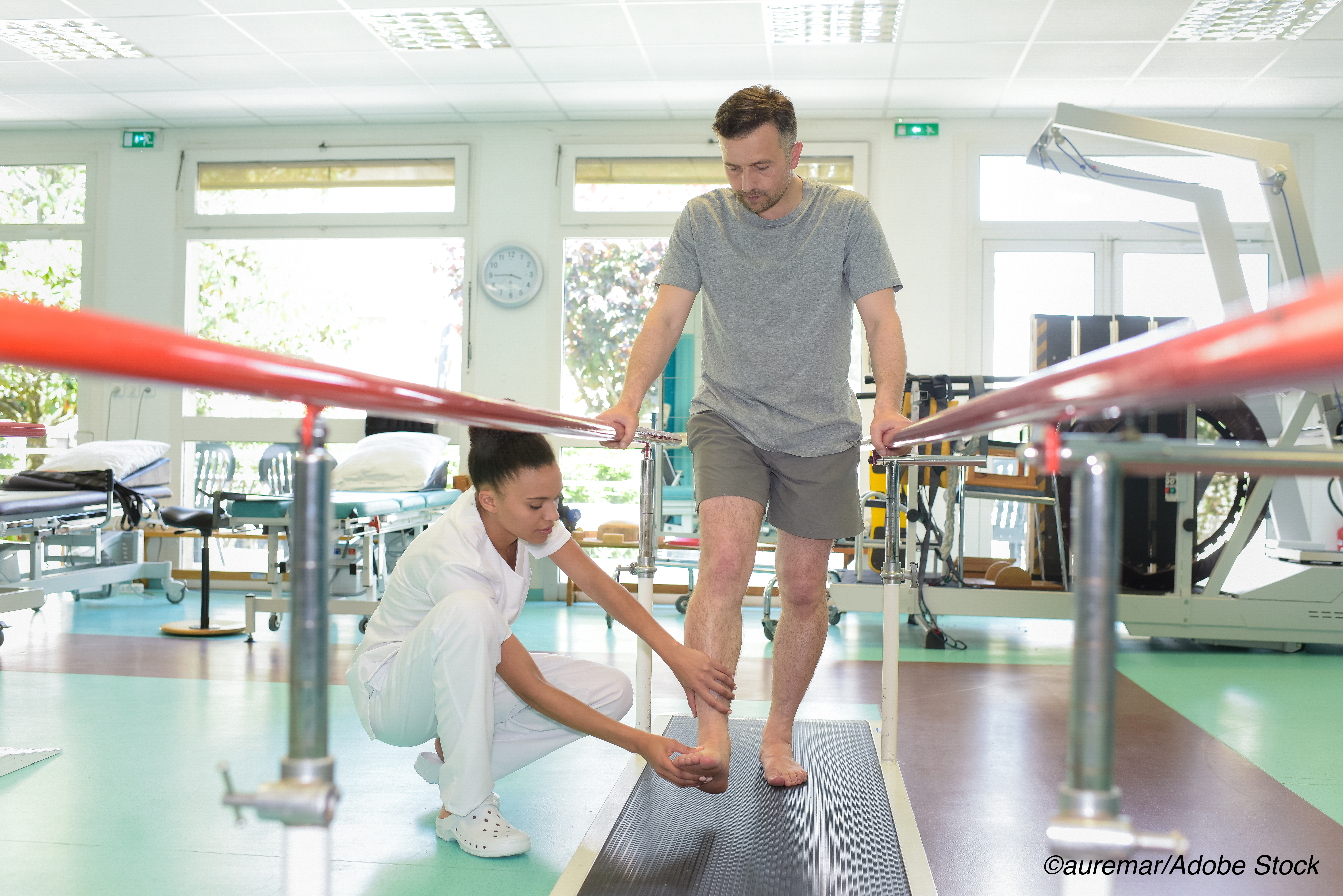 The FDA approved a portable, non-implantable device in conjunction with supervised therapeutic exercise for short-term treatment of gait deficit in patients ages 22 years and older with mild to moderate multiple sclerosis (MS) symptoms.

The Portable Neuromodulation Stimulator (PoNS) is a neuromuscular tongue stimulator consisting of a controller and a mouthpiece connected to each other by a cord that delivers “mild neuromuscular electrical stimulation to the dorsal surface of the patient’s tongue,” the FDA explained. The device stimulates the trigeminal and facial nerves to assist in the treatment of motor deficits and allows the therapist to review usage data and identify “potential areas of missed or shortened [therapy] sessions.”

“MS is one of the most common neurological diseases in young adults. Today’s authorization offers a valuable new aid in physical therapy and increases the value of additional therapies for those who live with MS on a daily basis,” Christopher M. Loftus, MD, acting director of the Office of Neurological and Physical Medicine Devices in the FDA’s Center for Devices and Radiological Health, said in a statement.

This approval was based two clinical studies — the first trial involved 20 patients with MS-related gait deficits who were randomized 1:1 to the PoNS device or a sham device. The primary outcome was the Dynamic Gait Index (DGI), which was assessed at baseline, two weeks, six weeks, 10 weeks, and 14 weeks. “The results showed that the PoNS group on average achieved improvement in their DGI score of 7.95 at the end of the study, which was statistically significant and clinically significant, while the control group did not,” the FDA wrote.

In the second study, “the clinicians investigated the effects of the PoNS device with cognitive rehab and physical rehab in 14 patients with MS, who did not know whether they had the PoNS device or the sham control device, in a randomized controlled trial where seven patients used the PoNS device and the other seven used a sham device,” the agency wrote. “Baseline evaluations included sensory organization tasks (SOT) and DGI scores. The PoNS device group showed a statistically significant improvement in SOT scores at 14 weeks compared to the baseline value. Analysis of DGI scores after 14 weeks showed no significant result.”

The PoNS device is manufactured by Helius Medical, Inc.