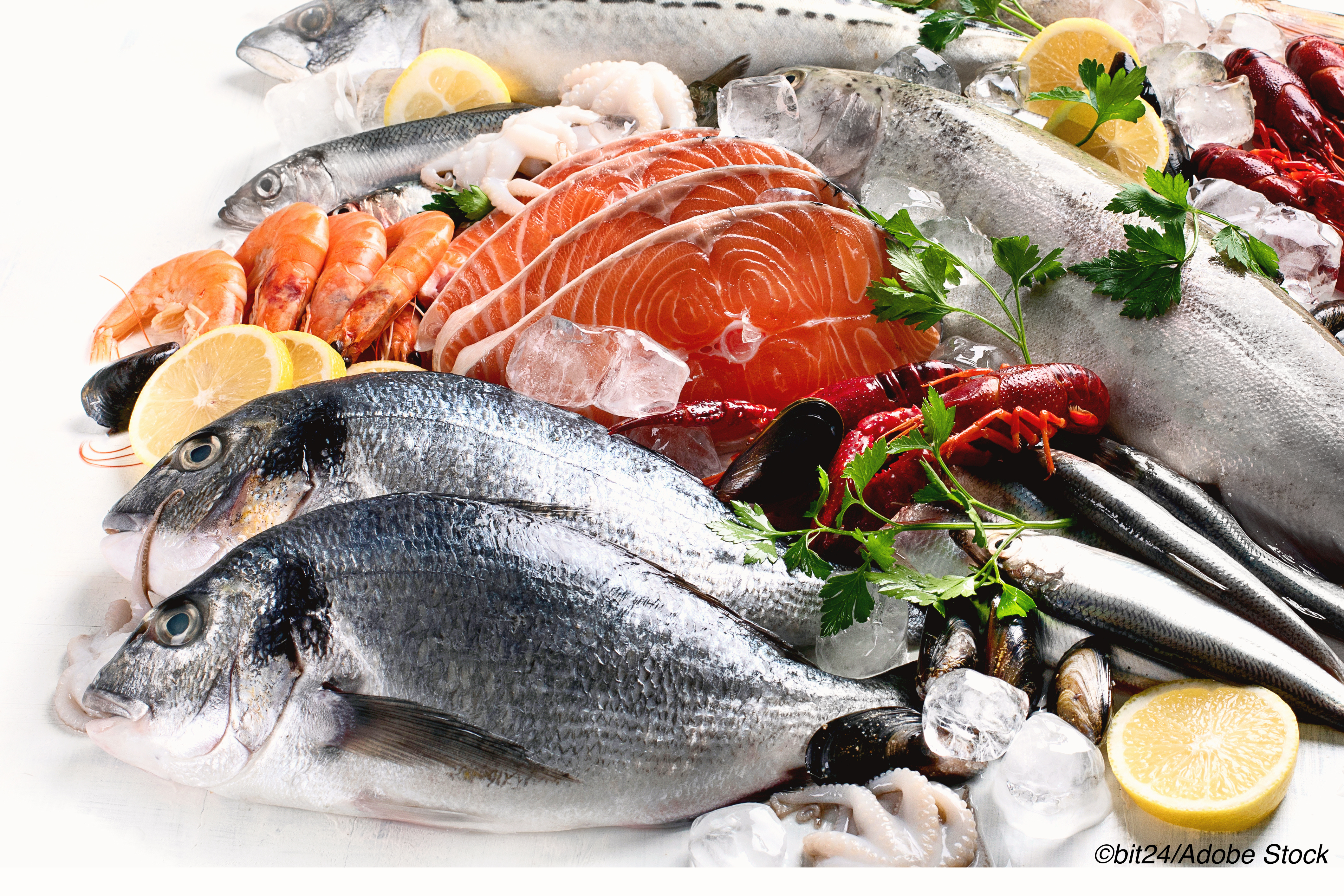 But CV protective benefits may not extend to general population, study finds

Patients with a history of cardiovascular disease may want to add fish to their weekly menu.

That’s the take-away from a study examining the association between fish consumption and major cardiovascular disease (CVD) in persons with and without prior CVD, which found that intake of at least two servings (175 g) of fish a week is associated with a lower risk of major CVD and mortality among persons with prior CVD.

However, researchers Deepa Mohan, PhD, Madras Diabetes Research Foundation and Dr. Mohan’s Diabetes Specialties Centre, Chennai, India, and colleagues found that this level of consumption did not lower the risk of major CVD and mortality in the general population. Their findings were published in JAMA Internal Medicine.

Guidelines from the American College of Cardiology and American Heart Association, as well as the World Health Organization, recommend the consumption of at least two servings of fish per week to prevent CVD. However, Mohan and colleagues noted that cohort studies reported inconsistent associations between fish consumption and the risk of CVD and mortality. In particular, it is unknown how these associations vary between those with prior CVD and those without.

They hypothesized that, since fish consumption may improve lipid levels, it may result in differences in the association of fish intake and major CVD outcomes in persons with and without vascular disease. Therefore, Mohan and colleagues carried out a pooled analysis of results from four prospective cohort studies that included 147,645 individuals (139,827 without CVD and 7,818 with CVD) from 21 countries in the Prospective Urban Rural Epidemiology (PURE) study, and 43,413 patients with cardiovascular disease in three randomized clinical trials from 40 countries.

Results from the PURE study found that, compared to no or little fish intake (50 g/month or less), an intake of 350 g/week had no association with total mortality or major CVD risk. However, collective analysis of results from the three cohort studies involving patients with vascular disease showed that a minimal fish intake of 175 g/week was associated with lower major CVD (HR, 0.84; 95% CI, 0.73-0.96) and total mortality (HR, 0.82; 95% CI, 0.74-0.91) compared with little or no fish intake (50 g/month or less). These studies showed there was no additional benefit with the consumption of 350 g/week or more —and the benefit did not extend to the general population.

One of the studies of patients with CVD showed that fish with higher amounts of ω-3 fats — or “dark meat” fish — were strongly associated with a lower risk of major CVD events (HR, 0.94; 95% CI, 0.92-0.97 per 5-g increment of intake), while other types of fish had no association.

They also found that higher fish intake was associated with lower triglyceride levels both among people with or without cardiovascular disease, but that it was also associated with higher levels of low-density lipoprotein cholesterol (LDL-C).

“The consumption of fish (especially oily fish) should be evaluated in randomized trials of clinical outcomes among people with vascular disease,” Mohan and colleagues suggested.

In a commentary accompanying the study, Dariush Mozaffarian, MD, DrPH, Friedman School of Nutrition Science and Policy, Tufts University, Boston, Massachusetts, questioned whether it was wise to draw conclusions — based on underlying vascular disease — regarding the varying associations seen in the PURE study and the three randomized clinical trials.

For example, Mozaffarian noted the PURE study did not assess fish by type, which means it is unknown how much of the fish consumed was either oily fish with high ω-3 levels, white fish, or even potentially unhealthy fried fish. “In addition, no information was reported on the validity of the various dietary questionnaires in these studies for assessing fish consumption — a significant limitation for interpreting the overall results and potential differences among the studies,” he added.

However, “The lack of confirmation of a statistically significant lower risk of CVD in the PURE cohort does not alter the large body of prior observational evidence supporting the cardiac benefits of fish intake in general populations,” Mozaffarian noted. “An important lesson to remember in statistics is that failure to disprove the null does not mean the null hypothesis is confirmed.” He suggested that adults should aim to consume about two servings of fish per week, with the possibility that larger cardiac benefits could be achieved with the consumption oily, nonfried fish.