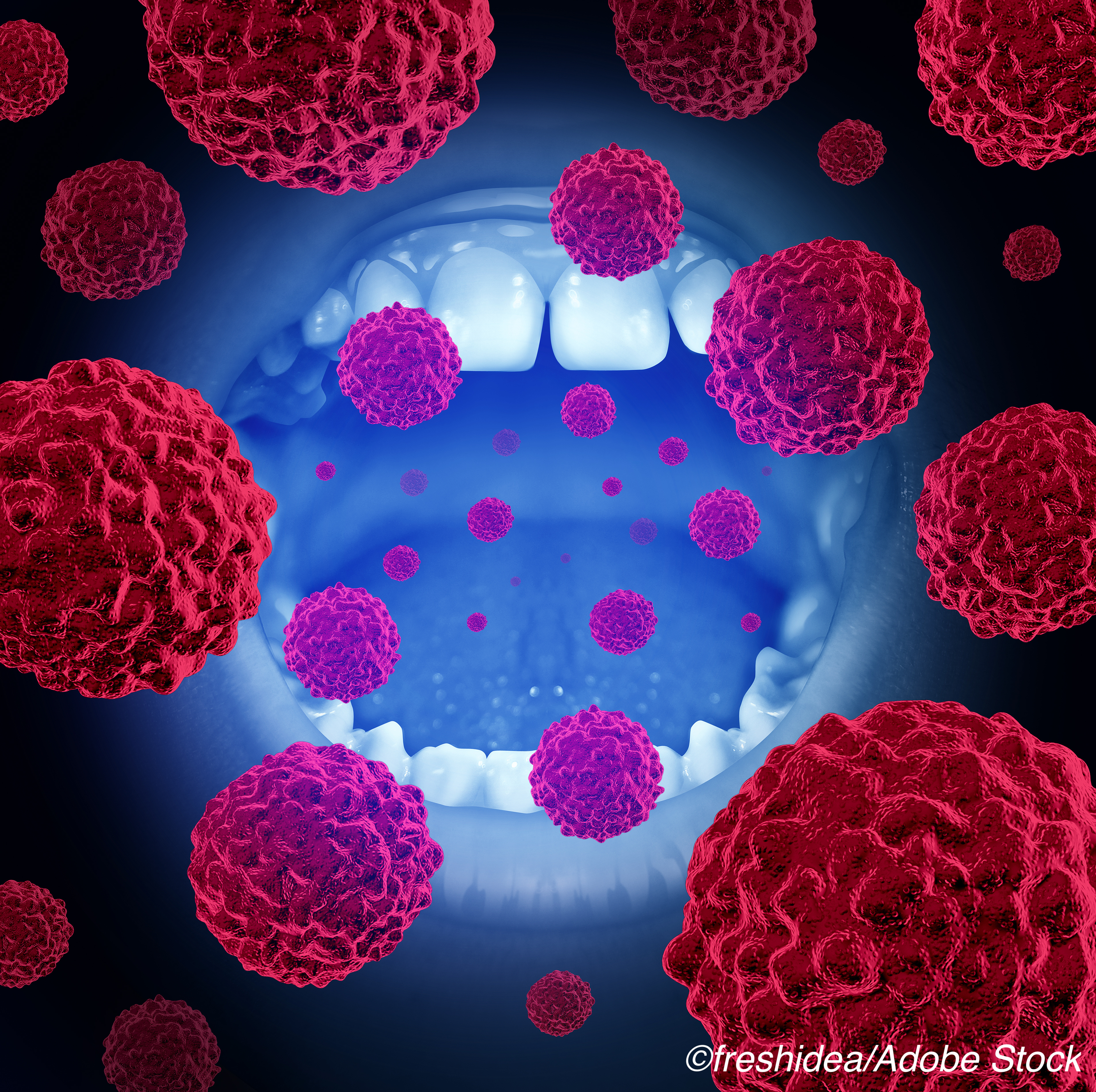 The guidance didn’t lessen risk of recurrence over traditional surgery

Better visualization of oral cancer margins through the use of fluorescence visualization (FV)-guided surgery did not improve local control rates or any other outcomes compared with traditional perioral surgery in patients with in situ or T1 to T2 oral cancer, the first multicenter, randomized clinical trial of its kind found.

In a study of 443 patients, the estimated cumulative incidence rate for local recurrence 3 years after surgery was 9.4% in the FV-guided group and 7.2% in the white light (WL)- guided (traditional) surgery group, for a between group difference of 2.2% (95% CI, minus 3.2-7.4%), senior author Catherine Poh, DDS, PhD, University of British Columbia, Vancouver, BC and colleagues reported in JAMA Otolaryngology—Head & Neck Surgery.

Nor were any significant differences seen between rates of failure of first-pass margin at 30.0% in the FV-guided group and 30.1% in the WL-guided group, investigators noted. Failure of the first-pass margin was defined as a histologically confirmed positive margin for severe dysplasia or greater histologic change of the main specimen and not the margins taken from the resection bed.

“High local recurrence rates with aggressive disease remain the main concern in oral cancer survival [as]…occult disease frequently extends beyond the tumor clearance area and, consequently, may be responsible for the high rate of cancer recurrence at the primary site,” the authors explained. “[P]atients with localized oral squamous cell carcinoma who underwent FV-guided surgery had a similar risk of local recurrence to those who received conventional non-FV-guided surgery [so in order t]o improve local recurrence, attention should be directed to strategies other than improving definitions of nonapparent disease at clinical margins.”

Patients with high-grade dysplasia, carcinoma in situ, or T1 to T2 oral squamous cell carcinoma (OSSC) were randomized to either FV-guided surgery or traditional perioral surgery. The mean age of the group was 61.5 years and almost 60% were men.

The VELscope Vx (Apteryx Imaging) used in the study is a commercially available device using autofluorescence to identify unseen malignant or premalignant changes at the periphery of an oral cancer. Theoretically, the presence of these changes could eventually lead to local recurrence so their detection and excision at the time of surgery could reduce the risk of local recurrence.

“For both groups, at the time of surgery, the operating surgeon outlined the boundary of the clinically visible lesion under WL,” investigators explained.

Surgeons then left the room while the FV specialist — with the operating room lights off — used a green marker to either draw an outline on top of the surgeon’s clinical boundary (the WL-guided group) or used the FV instrument (VELscope Vx) to examine the lesion and draw an outline around the area of FV change (the FV-guided group).

Surgeons then returned to the operating room and outlined a 10-mm surgical boundary around both the clinical and FV boundaries — whichever was wider — then excised the marked area.

“The primary outcome was local recurrence, defined as a recurrence at or within 1 cm of the surgical site,” the group observed.

As the authors discussed, the low overall local recurrence rate at 10.2% observed in the current study and the absence of any difference in local recurrence rates between the FV-guided and the WL-guided groups were both “unexpected” given that they had previously shown that the use of FV as part of the surgical margin decision process significantly reduced the rate of local recurrence in pre-invasive high-grade and early-stage oral cancers compared with traditional surgery.

Reasons for the low local recurrence rate in this more recent study might include the fact that surgeons used more aggressive excision margins for high-grade lesions, as the authors pointed out. Adjuvant therapies were more frequently used in the current study as well. In addition, higher-than-expected death rates may have also contributed to the low local recurrence rate in the current study, as 13% of patients died without reaching the primary end point, the study authors noted.

Commenting on the study, Nitin Pagedar, MD, MPH, University of Iowa, Iowa City, Iowa, pointed to several factors which might explain these “disappointing” results. “The first notable factor relates to the design of the study,” he observed.

In the earlier study, the local recurrence rate in the control group was much higher at 40% for both T0 lesions as well as T1 and T2 cancers, “so that the present study was underpowered for the measured 10% recurrence rate,” as Pagedar suggested.

Another explanation might be related to the nature of autofluorescence as a mucosal phenomenon. As Pagedar explained, most surface area of any oral cancer specimen is deep, where autofluorescence is not helpful. Since a post-hoc analysis of the current data indicated that rates of positive deep margins were higher in T2 tumors than in T1 tumors, this may suggest that the efficacy of fluorescence guidance for lesions with less depth may be limited.

A third factor is that intraoperative use of fluorescence visualization may require substantial experience in interpreting the technique’s findings. In the current study, it is likely that many of the surgeons who performed FV-guided surgery were not that experienced with the technique, which might partially explain the lack of difference in outcomes.

Nevertheless, “[w]ith all of these factors, the design and implementation of this study were strong enough to conclude that among a wide group of surgical teams, autofluorescence was not enough to be a helpful intraoperative adjunct to expert surgeons’ perception of the margins,” Pagedar observed. “We should proceed as though the main specimen margins are the ones that count, and so the first effort to get around the tumor should reflect that,” as he suggested.

The study was funded by a Terry Fox Research Institute grant.

The authors had no conflicts of interest to declare.

Pagedar had no financial conflicts of interest to declare.

The p53-inducible CLDN7 regulates colorectal tumorigenesis and has prognostic significance.