Fluvoxamine May Protect Against Covid-19 Progression 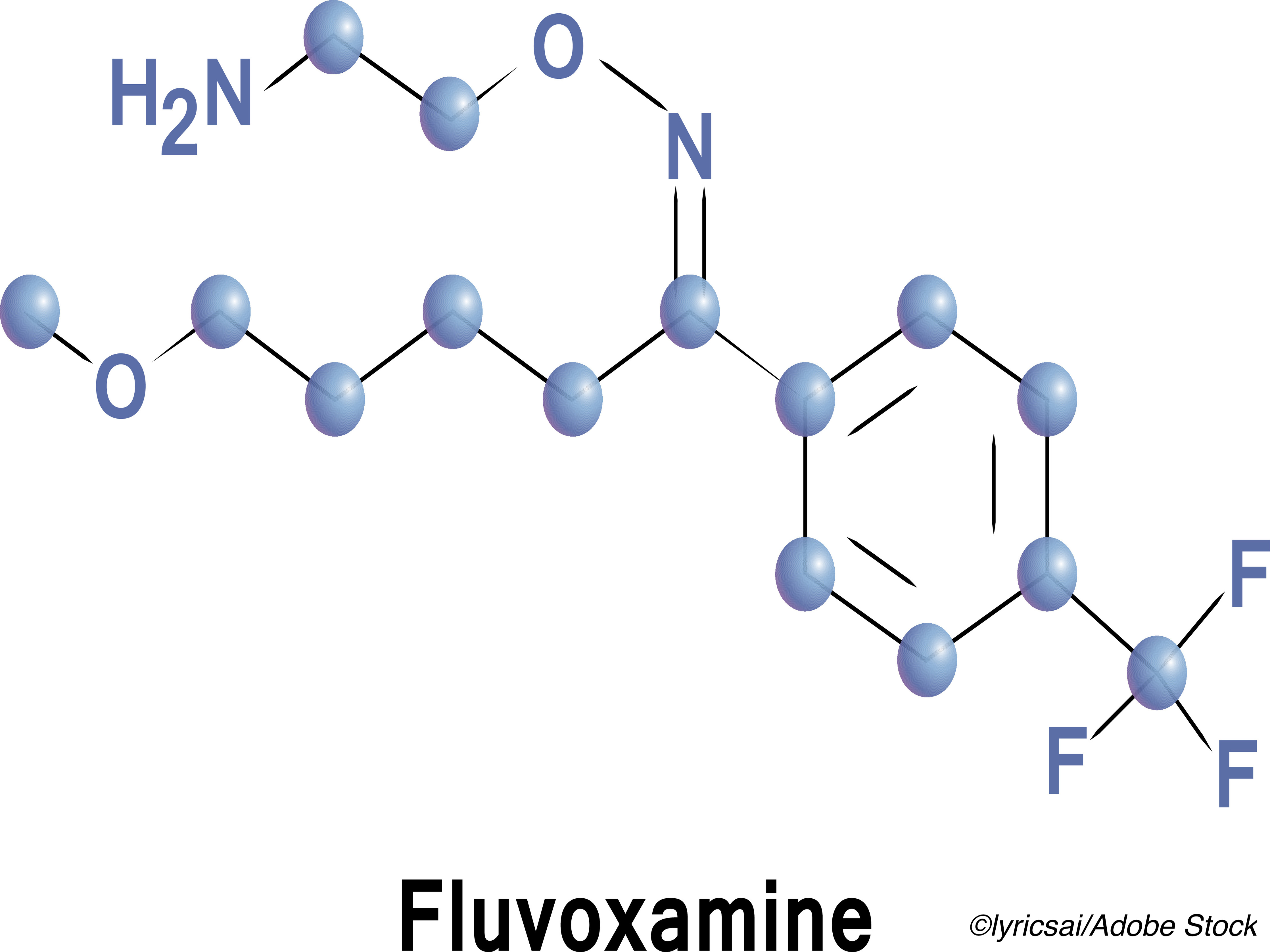 Treatment with the selective serotonin reuptake inhibitor (SSRI) fluvoxamine was associated with a lower likelihood of clinical deterioration in symptomatic Covid-19 patients who were not hospitalized, according to results from a preliminary study.

Among 115 adult outpatients with confirmed Covid-19 and symptom onset within 7 days of enrollment, clinical deterioration over 15 days occurred in none of the patients treated with the α1-receptor (S1R) agonist and 8.3% compared with patients in the placebo arm of the study. In addition, serious adverse events occurred in one patient in the fluvoxamine group and six patients in the placebo group.

Findings from the study, which was not powered to assess clinical efficacy, were published online November 12 in JAMA.

Researcher Eric J. Lenze, MD, of Washington University School of Medicine, St. Louis, Missouri, and colleagues, wrote that fluvoxamine was studied as a potential treatment for early, symptomatic Covid-19 because it is a strong S1R agonist, and S1R agonism is a potential mechanism for immune modulation to address inflammatory response.

“The potential advantages of fluvoxamine for outpatient treatment of Covid-19 include its safety, widespread availability, low cost and oral administration,” they wrote. “Fluvoxamine does not promote QT prolongation unlike other SSRIs. However, fluvoxamine has adverse effects and can cause drug-drug interactions, particularly via inhibition of cytochromes P450 1A2 and 2C19.”

The study authors designed the study to be contactless, with patients randomized to take 100 mg of the SSRI (n=80) or placebo (n=72) three times a day for 15 days. Potential participants underwent screenings by email and phone, and they provided consent electronically. Study supplies were delivered to the self-quarantined study participants as a package left at their doors. Equipment was provided to allow the participants to self-assess key vital signs such as blood pressure and oxygen saturation.

In a commentary accompanying the study, JAMA editors Christopher W. Seymour, MD, Howard Bauchner, MD, and Robert Golub, MD, wrote that the trial was selected for publication in the journal because of the rigorous trial design and the unique remote delivery and monitoring feature. They noted that JAMA has received more than 10,000 Covid-19 study submissions since February, “the vast majority of which used an observational design.”

“This study by Lenze and colleagues presents only preliminary information, and requires confirmation in larger trials. But at the same time, it is a double-blind, placebo-controlled, randomized clinical trial, which is generally considered a design that minimizes bias and can support causal inference,” they wrote.

The preliminary study was conducted in the St. Louis metropolitan area, which included parts of eastern Missouri and southern Illinois, and patients were recruited from April 10-Aug. 5.

All participants had confirmed, symptomatic Covid-19 and were not hospitalized, with symptom onset occurring within 7 days of enrollment and baseline oxygen saturation of 92% or greater.

The primary study outcome was clinical deterioration within 15 days of randomization, defined as having:

Ninety-two percent of the participants took the first fluvoxamine or placebo dose on the day they were first contacted, a median of 4 days after symptom onset. Clinical deterioration occurred in none of 80 patients in the fluvoxamine group and in 6 of 72 patients in the placebo group (absolute difference, 8.7% [95% CI, 1.8%-16.4%] from survival analysis; log-rank P=0.009).

Study limitations cited by the researchers included the small sample size and restricted geographic range, a small number of study endpoint events, and flaws in the method of measuring the most severe baseline symptom.

In addition, one in five study participants stopped responding to surveys during the 15-day trial.

“Although it was confirmed that none of these participants required medical care, such as hospitalization or an emergency department visit, it is possible that some received care at an urgent care center outside the major regional hospital system,” the researchers wrote.

In their commentary, Seymour, Bauchner, and Golub wrote that the pilot study by Lenze et al “addresses a critically important question during the pandemic of how to prevent individuals who acquire Covid-19 from deteriorating to serious illness.”

While they concluded that the study findings “should be interpreted as only hypothesis generating” and should not be used to make treatment decisions, the JAMA editors noted that there is an urgent need for therapies that reduce the risk of progressing to severe Covid-19.

“If an effective treatment is found for this key gap in treatment, it will affect the health of millions of people worldwide,” they wrote.