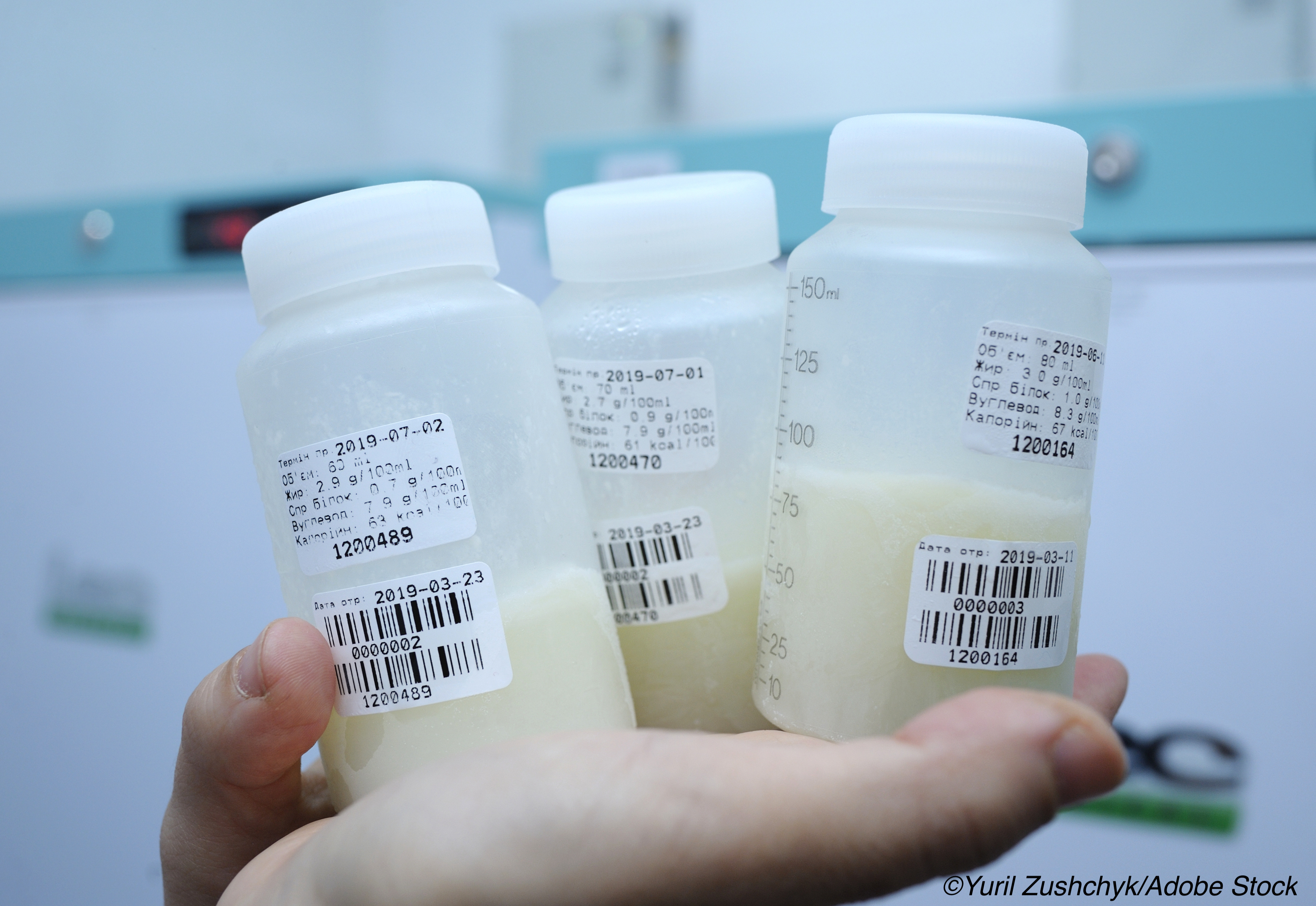 The open-label study was designed to demonstrate that fortification of expressed breast milk (EBM) by preterm formula powder was noninferior to fortification by human milk fortifiers (HMF) in very-low birth weight neonates for short-term weight gain, explained M. Jeeva Sankar, DM, AIIMS, of the All India Institute of Medical Sciences in New Delhi, and co-authors.

While the incidence of feed intolerance was lower in the PTF group, and fewer neonates required withholding of fortification for ≥24 hours, the incidence of necrotizing enterocolitis (NEC) and extrauterine growth restriction (EUGR) were comparable between the groups, they added.

Sankar’s group pointed out that there “was not much difference in the energy content of the milk fortified with PTF from that fortified with HMF, but the latter did have a higher protein content. However, the higher protein content did not translate into gains in length or weight,” and one possible reason for that may have been higher risk for feed intolerance with HMF.

In an editorial accompanying the study, Mary E. Brindle, MD, MPH, of the University of Calgary in Alberta, Canada, and co-authors noted that the “focus on optimizing nutrition for preterm infants is timely, as global rates of prematurity are increasing.”

The current findings “lends scientific rigor to the practice of this lower-cost fortification strategy,” they noted, although they cautioned that the results are not enough to back “universal fortification with PTF.” The study follow-up time was short—weight gain until hospital discharge or 40 weeks’ postmenstrual age—and it “failed to establish adequate growth velocity to prevent EUGR.”

Brindle’s group called for a “more detailed understanding of micronutrient and macronutrient intake as well as formula supplementation/replacement after discharge” to add “real-world credibility” to the results, as well as a cost-effectiveness analysis, although the authors did uncover costs benefits, they acknowledged.

Ultimately, the study showed that “PTF supplementation may be safely used in hospital,” according to Brindle and co-authors, who added that, thanks to the work by Sankar’s group, “[o]ft-villainized infant formula has been invited back” to the NICU.

In 2019, the European Milk Bank Association Working Group on Human Milk Fortification acknowledged that HMF-fed neonates do grow more slowly than PTF-fed infants, but that “cannot be a reason to favor preterm formula versu HM to promote growth of VLBW [very-low birth weight] infants… fortified HM should be the first feeding option for these infants. However, HM fortification should be optimized.”

Yet a 2021 systematic review from India reported that “[o]ff-label fortification of expressed human milk (HM) with infant milk formula (IMF) is common in developing countries,” although there was “very-low quality evidence suggested that IMF fortification of HM is superior to unfortified milk.”

And HMF is associated with high costs, which is particularly problematic is low- and middle-income countries, Sankar’s group noted. In the current study, they found that the cost of fortification for one infant for a period of 42 days was $11.30 for PTF versus $168 for HMF.

Post-discharge, the authors explained that “parents were counseled regarding the importance of adding fortification to EBM [and] advised to add fortification until the neonate reached a weight of 2 kg or until 40 weeks of postmenstrual age… We ensured compliance with the intervention during fortnightly visits for retinopathy of prematurity (ROP) follow-up.”

For the secondary outcomes, the authors reported:

The authors conceded that the level of weight gain with PTF in their study was less than what was seen in other studies out of the U.S. and Thailand, but that may have been due to the PTF product itself. “We used Dexolac Special care, designed as a standalone formula for preterm neonates, in the PTF fortification group. The choice of both the PTF and HMF was guided by the availability of products in the unit,” they stated.

Study limitations included its open-label nature, and the larger noninferiority margin, but choosing a smaller one would have required a larger sample size, Sankar and co-authors explained.

Sankar and co-authors reported no relationships relevant to the contents of this paper to disclose.