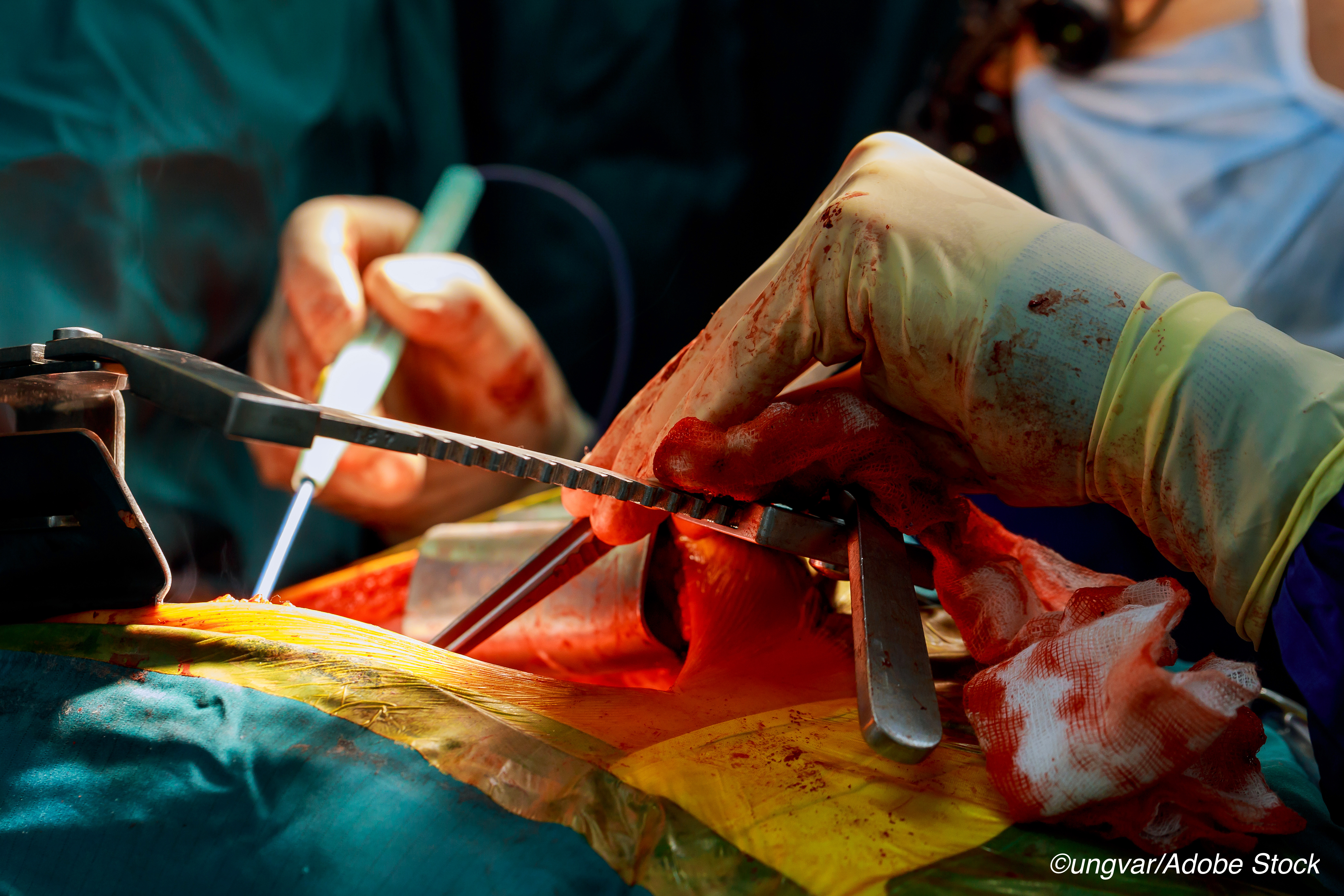 Women with decompensated liver cirrhosis awaiting transplant had worse frailty scores than men — despite similar scores on a disease severity and survival scale — and wait-list mortality was mediated by that frailty, researchers reported.

In the multicenter FrAILT study of more than 1,400 U.S. cirrhosis patients, women and men displayed median Model for End-Stage Liver Disease-Sodium (MELDNa) of 18, but baseline Liver Frailty Index (LFI) was higher in women (mean 4.12 versus 4.00, P=0.005), according to Jennifer C. Lai, MD, MBA, of the University of California San Francisco, and co-authors.

And, after adjustment for other variables associated with frailty, LFI was 0.16 (95% CI 0.08-0.23) units higher in women than men (P<0.001). “This observation was true despite lower prevalence of medical comorbidities in women, comparable MELDNa scores at the time of assessment, and similar rates of ascites and hepatic encephalopathy,” Lai and colleagues wrote in JAMA Surgery, adding that “What makes frailty unique among the explanatory factors for this mortality gap between women and men is that the gap is potentially modifiable — and modifiable in ways that are immediately actionable at the level of the patient, the clinician, and the center.”

Finally, in mediation analysis, an estimated 13.0% of the gender gap in wait-list mortality was mediated by frailty, the authors reported.

The latter finding is in line with previous research indicating that women face a higher risk of transplantation wait-list mortality, along with a disadvantage in accessing liver grafts. A 2008 study demonstrated that female candidates for liver transplantation experienced higher rates of wait-list mortality than men, while a 2015 review stated that “factors contributing to this disparity may include gender differences in the etiology of underlying liver disease and patient and physician referral patterns, lifestyle and health care, but also utilization of an imperfect organ allocation system based on the model for end stage liver disease score and donor-recipient liver size matching.”

Also, in a May 2020 JAMA Surgery study, Jayme E. Locke, MD, MPH, of the University of Alabama (UAB) at Birmingham, and colleagues look at sex disparity, wait-list mortality, and clinical and geographic characteristics, and found that “addressing geographic disparities alone may not mitigate sex-based disparities, which were associated with the inability of the MELD score to accurately estimate disease severity in women and to account for candidate anthropometric and liver measurements in this study.”

Lai’s group noted that “little has changed in our transplant practice to directly address this disparity,” In an earlier JAMA Surgery viewpoint, Lai and co-author Elizabeth C. Verna, MD, MSc, of Columbia University Irving Medical Center in New York City, emphasized that “there has been no effective national push to implement evidence-based systematic changes and thus no improvement in waiting list outcomes for women.”

The current research offers “an opportunity to address the crucial issue of sex-based disparities in access to a lifesaving therapy for patients with ESLD [end-stage liver disease],” noted Locke, and Saulat S. Sheikh, MBBS, also of UAB, in an invited commentary accompanying the study.

They recommended that LFI be looked at as an objective measure of disease severity, and then incorporated into the MELD-based allocation system.

The prospective FrAILT study enrolled ambulatory patients with cirrhosis who were listed, or eligible for listing, for liver transplant at nine centers in the U.S. Data were collected from 2012 to 2019 and analyzed until October 2020. Patients were excluded if they had severe hepatic encephalopathy, which was defined by a Numbers Connection Test score of >120 seconds at initial screening. Of 1,405 participants (median age 58), 41% were women and 63% of those patients were white.

Study limitations included the fact that only ambulatory patients were enrolled, which limited the application of the results to the acutely ill. Also, biological differences, such as lower population-based norms for grip strength for women versus men, in measurement components may have contributed to the sex difference in LFI. Finally, frailty assessments were only done during clinic visits, so it was unknown how frailty status may have changed at the end of follow-up.

As for “immediately actionable” modifications to address the gender-based mortality gap, Lai and co-authors suggested that clinicians could encourage women waiting on liver transplant to engage in exercise and nutrition-based interventions in order to mitigate the frailty effect. Also, transplant centers could incorporate systematic frailty measurement into routine procedures for baseline and longitudinal assessments of candidates to identify women at greatest risk, they said.

“Our data offer the liver transplant community the opportunity to change this gap in wait list mortality between women and men,” the authors concluded.

The study was supported by the NIH.