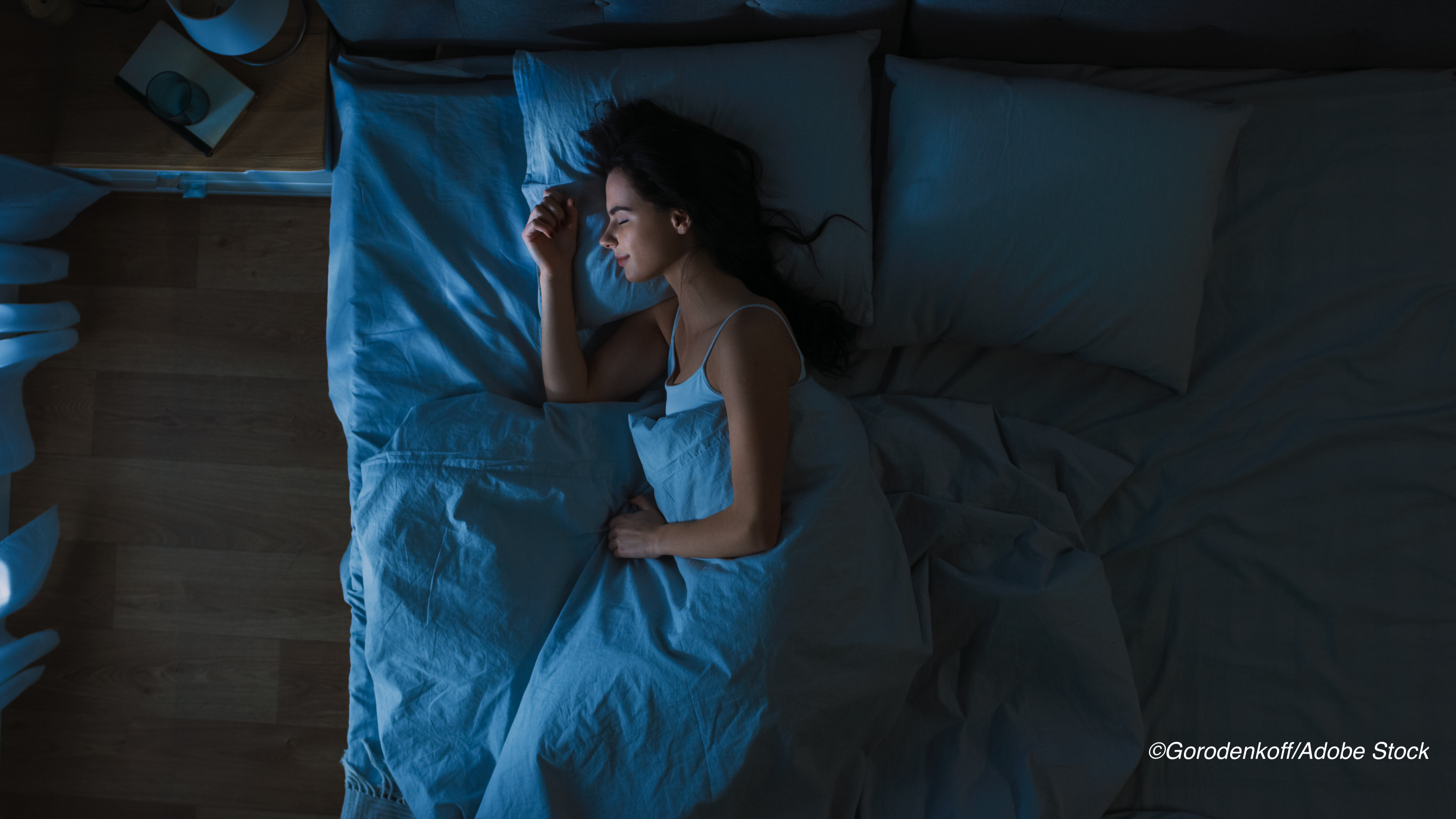 Frequent cortical arousal during sleep is associated with increased cardiovascular (CV) and all-cause mortality, with women facing an especially high risk, according to results from an analysis of community-dwelling older adults.

Cortical arousals—brief moments of unconscious wakefulness—are considered a normal part of sleep. However, while they can occur spontaneously, they are often caused by sleep-disordered breathing, limb movements during sleep, trauma, pain, temperature, light, and traffic noises, leading to changes in heart rate, blood pressure, and cardiac hemodynamics and potentially interrupting the circadian rhythm of the CV system, Sobhan Salari Shahrbabaki, PhD, of the University of Adelaide in Adelaide, Australia, and colleagues explained in the European Heart Journal.

High nocturnal arousal burden (AB) has previously been linked with daytime sleepiness, poor sleep quality, and increased emotional and physical fatigue among patients with sleep-disordered breathing. Shahrbabaki and colleagues set out to determine the association between nocturnal AB and long-term CV and all-cause mortality among older men and women in the broader population.

“This study is the first to evaluate the sex-specific association of sleep AB and long-term CV and all-cause mortality,” Shahrbabaki and colleagues wrote. “Data from three large cohort studies, totaling 8001 participants demonstrate that a high AB is associated with significantly increased CV and all-cause mortality. While the frequency of arousals was lower in women than in men, the association with mortality was stronger in women.”

The study authors concluded that nocturnal AB may be a promising biomarker for identifying patients at high risk for CV and all-cause mortality, and it may represent a modifiable risk factor.

“In a report from the Coronary Artery Risk Development in Young Adults (CARDIA) study, sleep duration was inversely associated with carotid intima-media thickness in men, but not in women,” they observed. “Conversely, in the study undertaken in the PESA cohort, Dominguez et al reported that the association between sleep duration and plaque burden was stronger in women than in men.”

García-Lunar and colleagues noted that the reason for the varying impact of AB on adverse events in men and women should be further explored from a mechanistic point of view.

“Even though many knowledge gaps on the relationship between sleep and CVD remain to be studied in the coming years, this study provides solid evidence supporting the importance of sleep quality for a better CV health,” they added. “Further evidence combining comprehensive sleep evaluation with biological sampling and long-term follow-ups will be desirable.”

The study authors defined AB as the cumulative duration of all arousal events relative to total sleep time. Patient ABs were divided into four quartiles (Q1 through Q4) for Kaplan-Meier curve survival analysis and log-rank testing—patients in Q1 experienced the smallest AB, while patients in Q4 had the highest AB.

Shahrbabaki and colleagues outlined all-cause and CV mortality for all three trials:

They added that “Comparing AB between the MrOS and SOF cohorts suggests lower AB in women than in men, despite their more advanced age and somewhat higher AHI and PLMI. In the SHHS cohort, AB was greater in men as was AHI, but was not associated with CV mortality, unlike AB in women. This suggests that women are more prone to arousal-related consequences than men.”

One interesting detail of their analysis, Shahrbabaki and colleagues noted, was that the lowest mortality was seen among patients in the second AB quartile, rather than those in Q1, “demonstrating the non-linear relationship be-tween AB and mortality. People experiencing infrequent arousals may suffer from elevated arousal thresholds, which could result in worse outcomes.” In their editorial, García-Lunar and colleagues pointed to this detail as an important question for exploration in future studies.

The editorialists concluded that the analysis by Shahrbabaki et al, as well as previous research, demonstrate that sleep quality is closely associated with adverse CV events—however, “what remains to be determined is whether an intervention aiming at improving sleep quality is able to reduce the incidence of CV events and mortality,” they added.

The clinical implementation of AB assessment in routine risk stratification strategies will require easily scalable, widely accessible, and affordable techniques to estimate the duration and fragmentation of sleep and to detect arousals (e.g,. wrist actigraphy or peripheral arterial tonometry),” Shahrbabaki and colleagues wrote. “… Possible interventions to reduce AB require a multi-modal assessment and may involve pharmacological elevation of the arousal threshold.

Shahrbabaki and colleagues had no relevant relationships to disclose.

García-Lunar and colleagues had no relevant relationships to disclose.