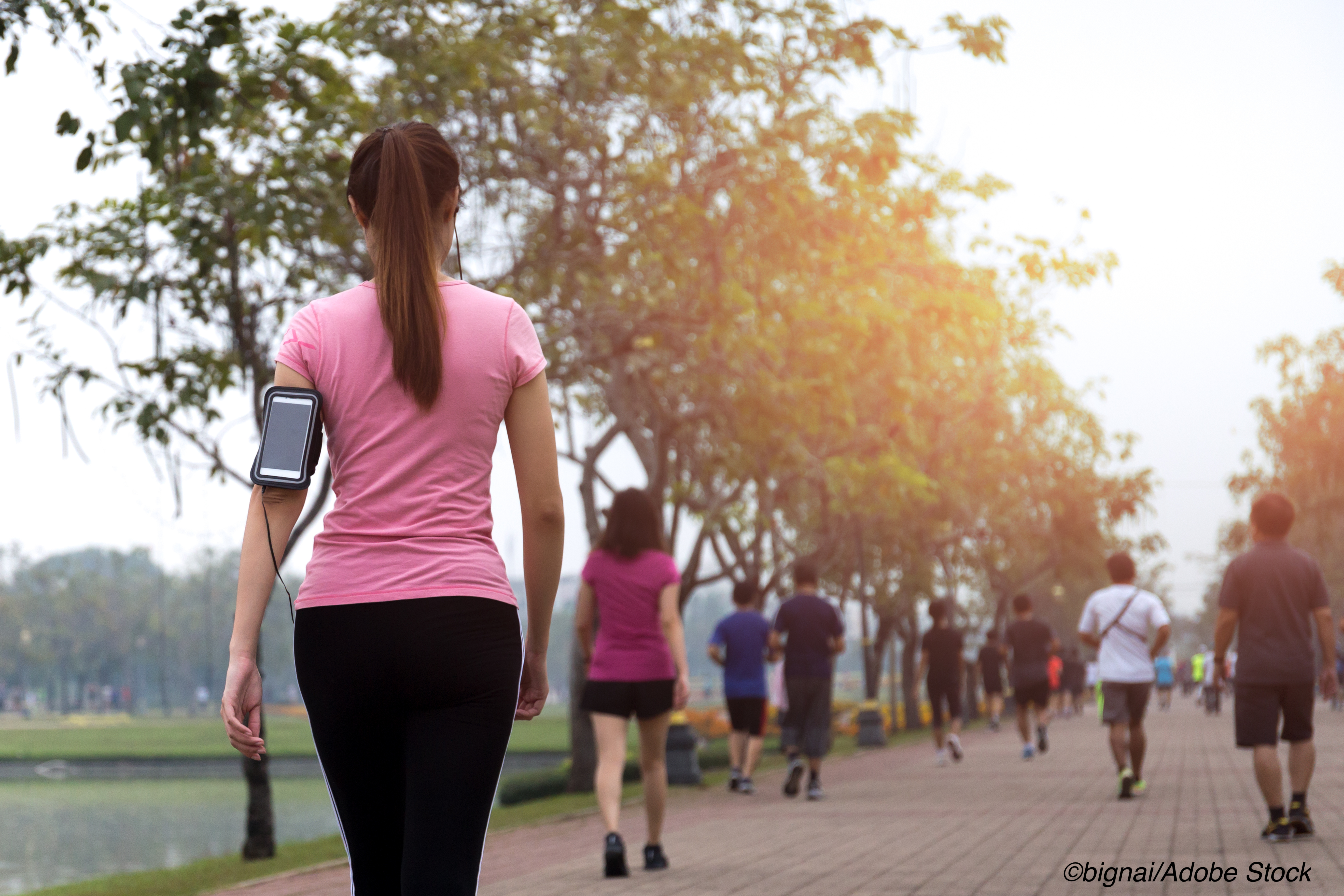 Supportive or competitive gamification led to increases in physical activity

Compared with a control arm, people in the gamification plus support arm saw a significant increase in mean daily steps from baseline (adjusted difference relative to control group 503 steps, 95% CI 103 to 903 steps, P=0.01), as did those in the gamification plus competition arm (606 steps, 95% CI 201 to 1,011 steps, P=0.003), according to Mitesh S. Patel, MD, MBA, of Crescenz Veterans Affairs Medical Center in Philadelphia, and co-authors in the Penn Medicine Nudge Unit.

However, there was no increase in gamification-based collaboration between “players” who did not know each other (280 steps, 95% CI −115 to 674 steps, P=0.16), and that finding was in line with earlier trials they had done, the authors noted in JAMA Network Open.

While everyone had significant reductions in weight and hemoglobin A1c (HbA1c) levels from baseline, none of the gamification interventions led to significant differences in these outcomes relative to controls, they wrote.

Patel’s group explained that lifestyle changes such as physical activity and weight loss have been shown to improve diabetes control, but getting people to adapt and stick with such programs can be a challenge. On the other hand, gamification, which is “the use of game design elements, such as points and levels,” has turned in better results for good-health promotion.

Their iDiabetes trial incorporated game mechanics with support, collaboration, or competition relative to controls to promote physical activity and weight loss among 361 adults with type 2 diabetes. Between January 2017 and January 2020, participants had a two-week run-in period, a baseline in-person visit, and then a one-year remotely monitored intervention. All participants received a wearable device, smart weight scale, and laboratory testing.

Patients had HbA1c levels ≥8% and a BMI ≥25 kg/m2. The mean age was 52.5 years, the mean physical activity level was 4,632 daily steps, and the mean weight was 107.4 kg (about 236.8 lbs). More than half the participants were female and a little over half were Black. Among all participants, 72.3% were receiving insulin and 39.9% were using an oral diabetes medication at baseline.

“Participants in the gamification arms conducted goal setting and were entered into a one-year game designed using insights from behavioral economics with points and levels for achieving step goals and weight loss targets,” they wrote, adding that the patients received small monetary rewards (<$100) for completing some baseline and follow-up.

Support gamification meant having a designated family or friend who was updated on the participant’s progress. Collaboration involved a three-person team who lost or gained game points collectively, while competition ranked the team against other teams on a weekly basis.

Patients were tracked remotely for a year by using wearable devices, a smart weight scale, and Way to Health, an automated technology platform, the authors explained.

In adjusted models, compared with the control arm, there were no significant changes in LDL-C levels from baseline among participants in the gamification arms.

There was one AE reported by a person in the gamification with collaboration arm, namely arthritic knee pain that may have been related to more physical activity. Three participants died from causes not related to the study, according to Patel’s group.

The participants were given a survey at study end, and 80.2% reported being satisfied with the wearable device, while 85.8% were satisfied with their smart weight scale. The iDiabetes trial effect on outcomes were perceived similarly across all study arms, with 71.6% reporting satisfaction with increased physical activity, 50.6% for helping with weight loss, and 56.8% for improving diabetes control.

Study limitations included the fact that it was done at a single health system in people with access to a smartphone or table, which limits generalizability. Also, there were no data on physical activities beyond steps. Information on communications or interactions among participants in the competition or collaboration arms was not collected and evaluated.

Still, the study “adds substantially to the Nudge Unit body of work by showing that gamified interventions can help people maintain higher levels of physical activity for a longer period of time in a population more economically and demographically diverse than has been shown in previous studies,” noted Paul L. Herbert, PhD, from the VA Puget Sound Healthcare System in Seattle, in an invited commentary accompanying the study.

But the lackluster results in the collaboration arm warrants more study, particularly because they differed from those of the BE FIT and the LOSE IT trials, both of which had better results with collaboration.

For example, “BE FIT generally enrolled teams of 2 whereas iDiabetes used teams of 3, which decreases the likelihood of being randomly chosen on a given day in iDiabetes. Thus, the expected utility loss of disappointing your teammates tomorrow by failing to meet a target behavior today was likely higher in BE FIT than iDiabetes,” Herbert said.

The issue with the collaboration in iDiabetes may be because “it’s not easy to see how the mechanics of the collaborative arm generated the experience of fellowship that we typically associate with engaging team-based collaborative games,” he explained. “The primary experience seems to be avoiding regret from failing to perform a task that is only tangentially related to the outcome of interest.”

“If you want a fellowship aesthetic in a gamified intervention, then use game mechanics that encourage fellowship,” Herbert advised, such as BE FIT’s “lifeline” option that gave team members one chance to skip a check-in and avoid losing points for the group.

The study was supported by the University of Pennsylvania Health System/Penn Medicine Nudge Unit.

Herbert reported no relationships relevant to the contents of this paper to disclose.