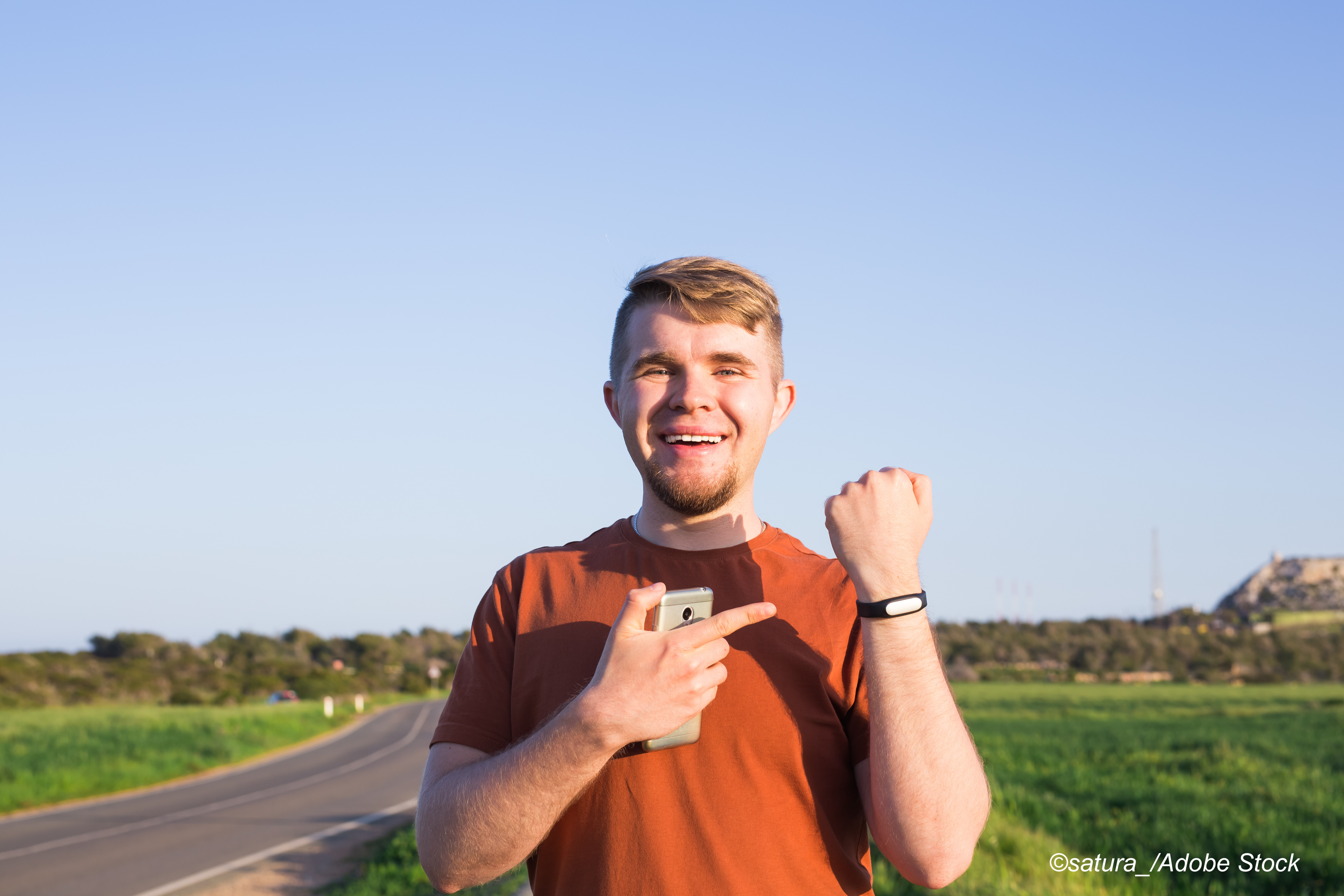 Among a cohort of economically disadvantaged adults at increased risk for major cardiovascular (CV) events, a gamification intervention produced a sustained increase in physical activity (PA) over 8 weeks—but only when patients set the goals themselves and when those targets were immediately implemented, researchers found.

The recommended goal of 10,000 steps per day touted by most wearable activity trackers is a huge barrier for many individuals; most people fall short of the target, and those who manage to get their steps in often cannot sustain it. One explanation for this, according to Mitesh S. Patel, MD, MBA, of Ascension Health in St. Louis, Missouri, and colleagues, is that little attention is given to the process of goal setting—Previous evidence has led to the development of goal-setting theory that postulates that specific and more challenging goals lead to better performance than nonspecific, easy goals,” they noted in JAMA Cardiology.

However, while it is clear that goal setting is a core component of programs that change behavior, “the best way to design the process is unknown, especially among high-risk populations,” Patel told BreakingMED in an email. In particular, adults from neighborhoods with lower socioeconomic status often have more trouble achieving sustained increases in physical activity compared to the general population.

For the Evaluation of the Novel Use of Gamification With Alternative Goal-setting Experiences (ENGAGE) trial, Patel and colleagues assessed the efficacy of different approaches to setting and implementing goals within a behaviorally designed gamification intervention to increase physical activity among lower income patients with elevated CV risks.

They found that “differences in the approach to setting and implementing daily step goals resulted in significant differences in physical activity levels. Participants who were asked to select a daily step goal and then asked to strive for it immediately increased their activity by nearly 1,400 steps per day more than control participants, representing a 23% relative increase from baseline. These changes were sustained during the 2-month follow-up period. These participants also had sustained increases in minutes of [moderate vigorous physical activity] MVPA, which has been demonstrated to be associated with improvements in health outcomes.”

For this study, Patel and colleagues recruited patients from lower-income neighborhoods in and around Philadelphia—participants were mailed a wrist-worn wearable device (Fitbit Alta or Fitbit Inspire) and connected to the Way to Health platform, a research technology platform at the University of Pennsylvania used for remote monitoring and PA interventions.

Included participants were 18 years of age or older; able to read and provide informed consent; had either an atherosclerotic cardiovascular disease (ASCVD) condition or a 10-year ASCVD risk score greater than or equal to 7.5% by American College of Cardiology/American Heart Association guidelines

After baseline step count was established, participants were randomized to either a control group or one of four gamification intervention arms, each of which took a different approach to goal setting.

Participants in the control arm were asked to use the wearable device but did not establish daily goals. Each day during the 24-week study, this group received feedback via text message on the previous day’s step count.

Participants in the gamification arm all received the same game-based intervention:

Participants assigned to the gamified intervention were randomized to one of four goal-setting approaches:

After 16 weeks, the gamification interventions were turned off and all participants received the same daily feedback via text message as the control group for the remaining 8 weeks.

Patel and colleagues suggested that “the act of choosing the goal led to greater intrinsic motivation to achieve it because the individual felt they had more of a role in determining their experience.” As for why implementing goals immediately proved more effective than a gradual approach, they hypothesized that participants may have been discouraged by what they saw as a moving target, with their goal consistently moving away from them and thus reducing motivation.

Lastly, the study authors noted that these findings are “particularly important in this sample of individuals who were from lower-income neighborhoods and had higher rates of cardiovascular disease,” given that this population has historically had more difficulty achieving sustained changes in PA. “The interventions in this study are highly scalable,” they added, “in that they used an automated technology platform and monitored activity remotely.”

Study limitations included limited generalizability due to excluding participation to low-income individuals in a single city; an inability to assess longer-term outcomes due to the relatively brief follow-up; all individuals included in the trial were willing participants, and each participant received a cash incentive to enroll and complete the study, potentially leading to biased results; and participants were recruited based on zip code-level median annual household income rather than individual income.