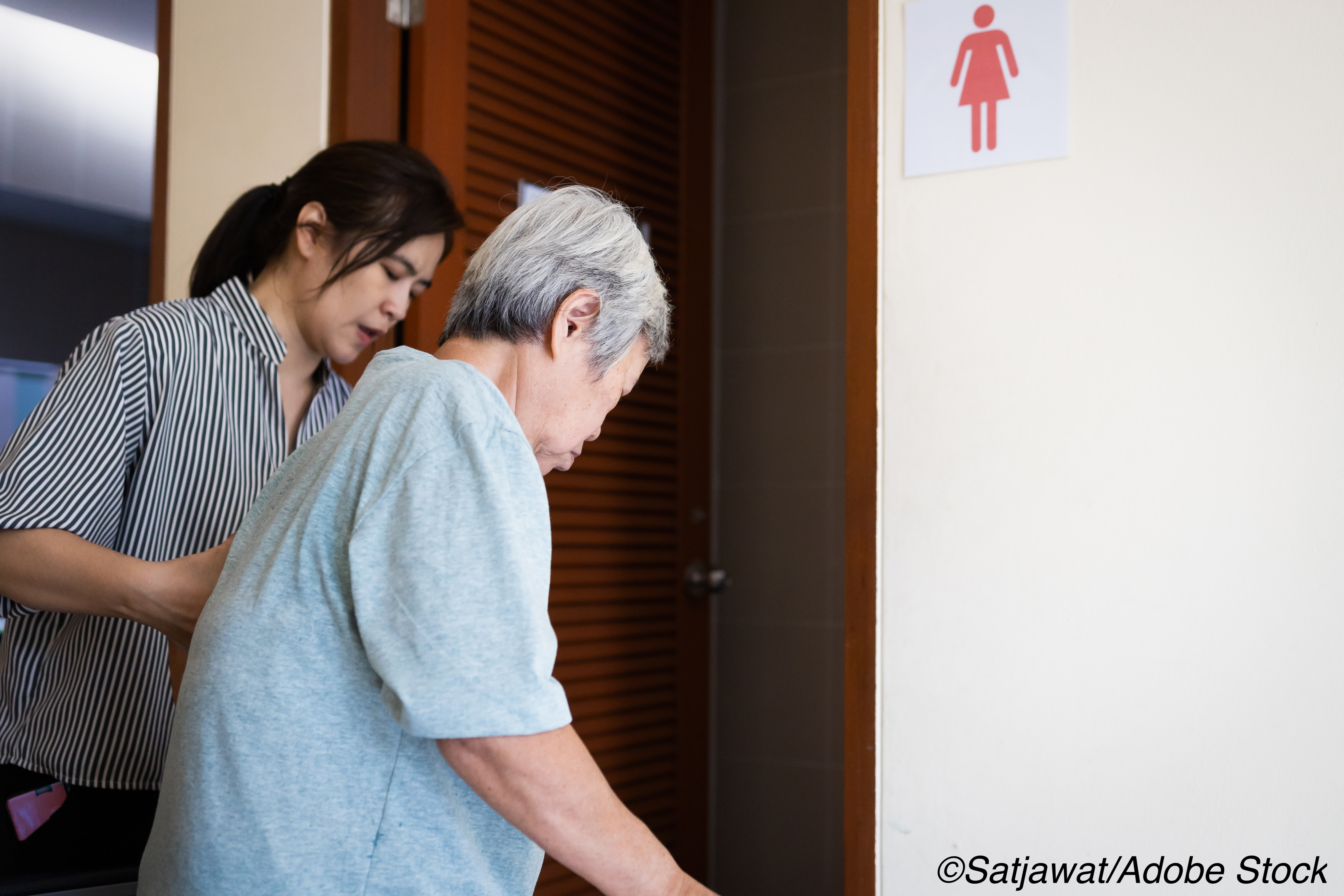 Group-based pelvic floor muscle training (PFMT) met the non-inferiority standard for the treatment of stress and mixed urinary incontinence in older women compared with individual PFMT, according to results from the GROUP study.

In the 319-woman, single-blind, randomized, non-inferiority trial conducted at two Canadian research centers, the median percentage reduction in urinary incontinence episodes was 70% (95% CI 44% to 89%) in individual PFMT versus 74% (95% CI 46% to 86%) in group PFMT, reported Chantale Dumoulin, PhD, of the Université de Montréal, and co-authors from the Urinary Incontinence and Aging Study Group.

“The upper boundary of the 95% CI for the difference in the percentage reduction in urinary incontinence episodes at 1 year was lower than the prespecified margin for noninferiority of 10%, confirming noninferiority, they wrote in JAMA Internal Medicine (4% difference, 95% CI −10% to 7%, P=0.58).

Finally, individual PFMT and group-based PFMT had similar effectiveness for all 1-year secondary outcomes, such as satisfaction with treatment, and there were no serious adverse events (AEs).

The study was “the first to evaluate it rigorously against individual PFMT in an adequately powered sample with extended follow-up and in isolation from other treatment strategies,” noted Alison J. Huang, MD, MAS, of the University of California San Francisco, in an invited commentary accompanying the study.

Additionally, there is the “social stigma” around urinary incontinence that may render some women embarrassed to discuss it with other people, she said. While the latter may seem like a barrier to group-based PFMT, it also “may offer unique benefits for women who may otherwise become increasingly socially isolated due to incontinence. Group-based PFMT may provide an opportunity for older incontinent women to exchange mutual support and discuss shared challenges with others coping with the same stigmatizing condition,” Huang pointed out.

The GROUP study was done from July 2012 to June 2018. A total of 362 community-dwelling women, ages 60 years or older. The majority of patients had mixed urinary incontinence for about a decade, and <10% had undergone previous surgery for urinary incontinence.

Each patient underwent a one-on-one with a physiotherapist for direction on how to effectively contract the PFM, and then participants in both treatment arms received a 12-week group or individual PFMT program (1 hour/week) under the direction of an experienced pelvic floor physiotherapist.

“The 12-week training protocol comprised three 4-week phases with the gradual addition of increasingly difficult exercises in terms of duration, number of repetitions, and position,” the authors wrote.

Among 362 women (mean age 67.9 years), 88% completed the 1-year follow-up and were included in the per-protocol analysis. The 43 people who dropped out were included only in the intention-to-treat (ITT) sensitivity analyses.

Measurements were taken pre-intervention, right after the 12-week PFMT period, and one year post-randomization. “The primary outcome measure was the percentage reduction in the number of urinary incontinence episodes at 1 year reported in a 7-day bladder diary relative to the pretreatment baseline,” according to Dumoulin’s group.

The authors reported the following for the dozen PFMT individual and group sessions, respectively:

For secondary outcomes at 1 year, leakage episodes/day went from a median of 1.6 at baseline to 0.4 (P<0.001 for individual) and from baseline 1.4 to 0.4 (P<0.001 for group). There were no significant differences between the two treatment arms for signs, symptoms, or urinary incontinence-specific QoL outcomes, although the group arm had “slightly more,” but not statistically significant, severe symptoms immediately after treatment.

More than 90% of the patients in both groups reported satisfaction with treatment at the end of 12 weeks and at 1 year. And for AEs, there were no serious ones, although minor AEs were reported by 27 women in the individual arm — mostly vaginal discomfort while using intravaginal biofeedback — and five women in the group arm (vaginal discomfort). The AEs occurred primarily in the first two sessions and resolved without treatment, the authors said.

The study’s “exclusion criteria and intensive intervention could limit generalizability of the results to either frail older or younger women who may not be able to participate in or adhere to this intensive intervention,” they stated. For instance, obese or overweight patients, those with reduced mobility, those with chronic constipation, or those on medications for urinary incontinence could not participate in the study.

Huang cautioned that group-based training does carry “logistical challenges,” such as less flexibility with the training schedule because of set class times and receipt of less tailored therapy, but noted that “only 7% of participants assigned to group-based PFMT requested additional 20-minute individual sessions with their therapists that were available as a study benefit,” and that group PMFT dovetailed nicely with other approaches, such as bladder training among older, community-based women.

The study was supported by the Canadian Institutes of Health Research (CIHR) and the Canadian Foundation for Innovation.

Huang reported no relationships relevant to the contents of this paper to disclose.