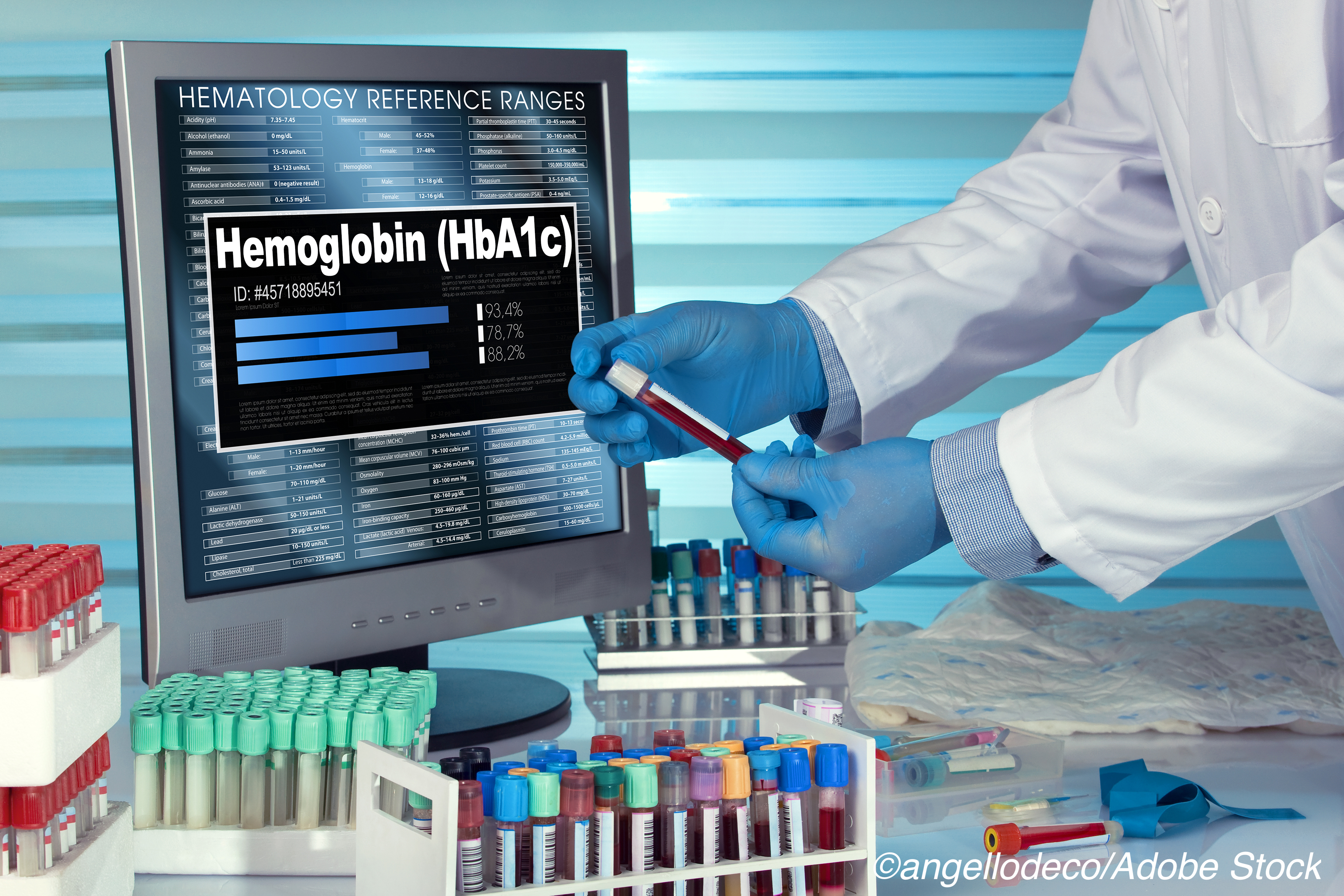 Hemoglobin A1c (HbA1c) is the go-to test to identify high-risk, but asymptomatic, youth who could gain from diabetes and cardiovascular risk interventions, researchers reported, even though confirmed undiagnosed type 2 diabetes was rare in this population.

In over 14,000 kids (ages 10 to 19 years), sensitivity and speciﬁcity of the screening criteria for detecting any hyperglycemia were low for both HbA1c greater than or equal to 5.7%, at 55.5% and 76.3%, respectively, and conﬁrmed undiagnosed diabetes (HbA1c ≥6.5%) was found in only 0.5% of youth, with 85% of cases diagnosed, according to Elizabeth Selvin, PhD, MPH, of the Welch Center for Prevention and the Johns Hopkins Bloomberg School of Public Health in Baltimore, and co-authors.

“Regardless of screening eligibility, we found that HbA1c is a speciﬁc and useful non-fasting test to identify high-risk youth who could beneﬁt from lifestyle interventions to prevent diabetes and cardiovascular risk in adulthood,” they wrote.

Selvin’s group explained that at the turn of the century, the American Diabetes Association (ADA) and American Academy of Pediatrics (AAP) issued guidelines for general screening for type 2 diabetes in high-risk, asymptomatic youth, ages ≥10 years, or after onset of puberty. High risk was defined as being overweight and having at least two of the following risk factors: non-white race, family history of type 2 diabetes, maternal gestational diabetes, or signs of insulin resistance. Eight years later, the ADA included all overweight youth with one or more of these risk factors in the recommendation.

“The implications of this change are uncharacterized; it is unknown how many U.S. children and adolescents are eligible for screening by these new guidelines,” they stated.

As a result, “Pediatricians on the front lines are navigating how to best identify and treat rapidly increasing numbers of youth who develop prediabetes and type 2 diabetes,” noted Tamara S. Hannon, MD, MS, of Riley Hospital for Children at Indiana University Health, in Indianapolis, in a commentary accompanying the study.

She pointed out that the definition of pre-diabetes — FPG between 100 and <126 mg/dL, a 2-hour plasma glucose after a 75 g oral glucose tolerance test of 140-199 mg/dL, or HbA1c between 5.7% and 6.4% — applies to all ages, “despite the fact that the epidemiological studies that formed the basis for these deﬁnitions did not include pediatric populations.”

Hannon acknowledged that current screening recommendations lack the sensitivity or speciﬁcity to identify the at-risk pediatric population, but “Early intervention with education and implementation of prevention strategies according to guidelines for treating youth with prediabetes is encouraged,” as outlined in a recent article by Hannon and co-authors.

“Pediatricians are encouraged to screen for prediabetes and type 2 diabetes according to professional recommendations with simple clinical tests, such as HbA1c,” she added.

The authors conducted a cross-sectional analysis of 14,119 youth in NHANES (1999-2016), examining the performance of ADA risk-based screening criteria, and evaluating the performance of current clinical deﬁnitions of pre-diabetes and diabetes based on HbA1c, FPG, either, or both to pinpoint youth at high cardiometabolic risk.

The authors also reported that the prevalence of pre-diabetes varied depending on the deﬁnition used and ranged from 1.5% to 17.5% in the population eligible for screening to 0.5% to 9.9% in the ineligible population.

Selvin’s group noted that previous research stating that HbA1c was not an appropriate test in children, because of limited data on long-term prognostic value of HbA1c and population-specific discord between HbA1c and glucose measures.

But they argued that “HbA1c also has practical advantages; it does not require fasting, which can be difﬁcult in children, has lower within person variability as compared with glucose, and is the basis for diabetes treatment decisions in clinical practice. Our results suggest that HbA1c is a speciﬁc and useful test in children and adolescents.”

Study limitations included lack of repeat measurements, a limited sample size in certain subgroups, lack of data on history of maternal gestational diabetes and family history of type 2 diabetes, and the fact that NHANES data does not separate type 1 diabetes from type 2 in diagnosed cases.

Nonetheless, “We…provided evidence that HbA1c is a useful non-fasting test in children and adolescents, regardless of screening eligibility,” the authors concluded.

Clinicians may have to give special consideration to pre-diabetes screening in kids during and after the Covid-19 pandemic as stay-at-home orders, extended school closures, and other public health measures may lead to a reduction in physical activity and exercise, as well as more sedentary behavior, both of which are linked with increased diabetes risk.

Hannon reported no relationships relevant to the contents of this paper to disclose.

Prevalence of hot flashes in women of 40 to 65 years of age with metabolic syndrome.