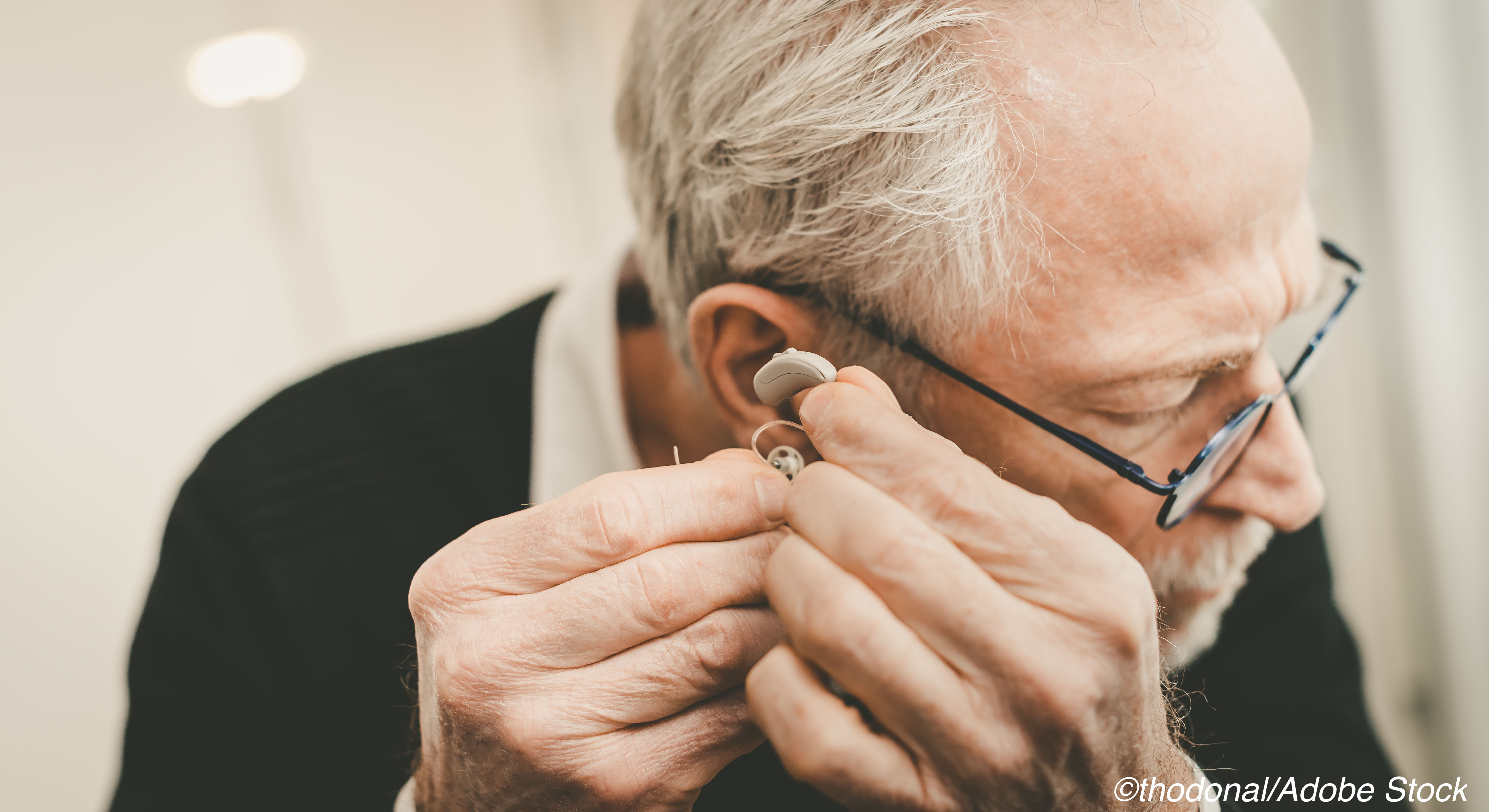 Impaired hearing before the onset of cognitive impairment was associated with increased neurofibrillary tangle burden, an autopsy study showed.

But in people with cognitive impairment, hearing loss had a positive association with microinfarcts and neocortical Lewy bodies, not typical Alzheimer’s disease pathologic change, reported Willa D. Brenowitz, PhD, MPH, of the University of California, San Francisco, and coauthors.

The findings “suggest reported hearing impairment prior to dementia onset may be associated with neurofibrillary degeneration related to aging as well as Alzheimer’s disease,” they continued. “Hearing impairment later in the clinical disease course may be more strongly associated with other pathologies such as neocortical Lewy bodies and microinfarcts, however future replication will be needed in studies using biomarkers, objective measures of hearing loss, and population-based samples.

“Our finding of an association between clinician-rated hearing impairment prior to dementia onset and higher neurofibrillary tangles does not establish the direction or causality of the relationship but is consistent with a link between hearing impairment and hippocampal and temporal lobe neurodegeneration,” they added.

In midlife, age-related hearing loss has been identified as the most important modifiable risk factor for later dementia in epidemiologic studies. That age-related central auditory processing dysfunction may affect cognition has led to speculation that hearing functions are served by other cortical areas in addition to the ear and the auditory cortex.

“Given that hearing and visual loss in older age are frequent conditions included in many models of frailty, the link between age-related hearing loss and cognitive impairment/dementia in later life may derive from sensorial frailty, a particular frailty phenotype,” noted Francesco Panza, MD, PhD, of the National Institute of Gastroenterology Saverio de Bellis Research Hospital in Bari, Italy, and co-authors, in an accompanying editorial. “Increased perceptual demands due to degraded sensory input, considered as a model of sensorial frailty, recruit cognitive resources into auditory processing.”

To investigate the relationship between neuropathology and hearing impairment, Brenowitz and her team studied 2,755 autopsied participants aged 55 and over from the National Alzheimer’s Coordinating Center database, who had their most recent clinical evaluation no more than 2 years prior to death. Evaluations included physical and neurological examinations, plus a battery of neuropsychological assessments.

Participants were prospectively evaluated at one of approximately 30 U.S Alzheimer’s Disease Centers (ADCs) between September 2005 and September 2018 and were autopsied as of September 2018. People with Down syndrome, prion disease, genetic autosomal dominant forms of dementia including early onset Alzheimer’s disease and frontotemporal lobar degeneration (FTLD) were excluded from the study.

Hearing-impairment was determined by clinician report at baseline based on three questions:

If participants using hearing aids reported no functional impairment, they were classified as non-hearing impaired.

Cognitive change was dichotomized to cognitively normal versus cognitively impaired, which ranged from mild impairments to severe dementia. The determination was made and updated at annual visits over mean 4.4-year follow-up prior to death.

At baseline, 32% were considered hearing impaired. These participants were more likely to be male, older, and have hypertension, but were less likely to have cognitive impairment.

In 580 participants with normal cognition at baseline, a positive association between impaired hearing and higher Braak stage (tau neurofibrillary degeneration) was seen. In this group, impaired hearing was associated with high ADNC and primary age-related tauopathy (PART).

In 2,175 people with cognitive impairment at baseline, a positive association with microinfarcts emerged, as did an inverse association with neuritic plaques (amyloid). In this setting, “impaired hearing was not associated with Braak stage, neocortical Lewy bodies, or gross infarcts (all P >0.05),” the researchers noted.

Over an average of 4.4 years of follow-up, neocortical Lewy bodies were associated with development of hearing impairment.

Despite the unanswered questions posed by this research, “for the first time a crucial role of age-related hearing loss seems to be shown, defining a particular form of degeneration of the auditory pathways,” the editorialists noted. “Such findings take us a first step toward a better understanding of the neuropathological basis of the cognitive-ear link.”

This research was supported by NIA grants, the Alzheimer’s Association, the Nancy and Buster Alvord Endowment, and the UCSF Claude D. Pepper Older Americans Independence Center funded by National Institute on Aging.

The authors reported no disclosures relevant to the manuscript. Risk and protective factors for mental disorders with onset in childhood/adolescence: an umbrella review of published meta-analyses of observational longitudinal studies.