Heart failure (HF) is the leading cause of hospitalization for people aged 65 and older in the United States. The disease is an important healthcare issue due to its high prevalence, mortality, morbidity, and cost of care. The prevalence of HF increases with age, and research has shown that about half of all Medicare beneficiaries with the disease do not survive for up to 3 years after hospitalization. “The number of hospitalizations for HF has decreased slightly in recent years,” says Paul A. Heidenreich, MD, MS, “but the cost of caring for the disease remains high and will continue to be a major concern for the U.S. healthcare system.”

If present care practices continue, it is expected that costs for managing HF will increase significantly. Several factors fuel this expectation, most notably the likely increase in the number of patients who will survive longer as more life-prolonging therapies are developed. The aging population and greater numbers of people with underlying conditions that contribute to the development of HF (eg, ischemic heart disease, hypertension, and diabetes) will also have an impact.

In an American Heart Association (AHA) policy statement published in Circulation: Heart Failure, Dr. Heidenreich and colleagues provided an in-depth look at how the changing demographics in the U.S. will impact the prevalence and cost of care for HF. According to findings, more than 8 million Americans—or one in every 33 people—will have HF by 2030. This represents a 46% increase from the estimated 5 million people who had HF in 2012. Because of aging of the population, the increase in HF will be greatest for older Americans (Table 1). Among those aged 80 and older, the number of patients with HF is expected to grow 66% by 2030. Large increases are expected for all sex and racial and ethnic subgroups.

In addition, total direct medical costs of HF are projected to increase from $21 billion to $53 billion between 2012 and 2030 (Table 2). Total costs, including indirect costs for HF, are expected to increase from $31 billion in 2012 to $70 billion in 2030. “If we assume that all costs of cardiac care for HF patients are attributable to HF—meaning that no cost is attributed to comorbid conditions—the projected cost estimates of treating patients with HF will be three-fold higher by 2030,” says Dr. Heidenreich. “That equates to a burden of about $160 billion in direct costs.”

Reducing the Impact of HF Incidence

According to Dr. Heidenreich, efforts are sorely needed to improve or reduce the incidence of HF by preventing and treating its underlying conditions. “Increasing awareness of risk factors and adequately treating these problems are the greatest needs,” he says. “Solutions that are needed to change the course of HF are available, but steps must be taken now to reverse the trend.”

“The cost of caring for the disease remains high and will continue to be a major concern for the U.S. healthcare system.”

The AHA statement provides clinicians with several recommendations on reducing the impact of HF and managing the rising number of patients with the condition. “More effective dissemination and use of guideline-recommended therapy is needed to prevent HF and improve survival,” says Dr. Heidenreich. “We must also make efforts to improve the coordination of care from hospital to home so that we can achieve better outcomes and reduce rehospitalizations.”

The AHA also recommends that physicians, nurses, pharmacists, and other healthcare professionals receive specialized training to meet the future demands of advanced HF care. Reducing disparities for HF prevention and care among racial, ethnic, and socioeconomic subgroups will further help close gaps in health outcomes. The AHA also notes that increasing access to palliative and hospice care for patients with advanced-stage HF is important.

Dr. Heidenreich says that a shift in the care model that aims to reduce inpatient hospitalization use could have a significant impact on the trajectory of HF-related costs. “Laws like the Affordable Care Act may allow more people to have access to healthcare, which in turn could lower the rates of HF and increase access to preventive care. The projections from our study should be used to analyze the effectiveness of health policy changes relating to HF care. We need to further expand our focus on HF prevention and foster better use of existing guidelines. When coupled with improving care transitions, adequately training our healthcare workforce, and reducing disparities, these efforts may ultimately reduce the burden of this increasingly common disease.” 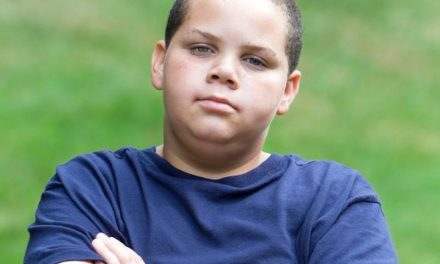 Higher BMI in Male Teens Tied to Cardiomyopathy in Adulthood

Bivalirudin or Unfractionated Heparin for ACS with ST Elevation