Hematological disturbances in Down syndrome: single centre experience of thirteen years and review of the literature.

Karakurt N, Uslu İ, Aygün C, Albayrak C. Hematological disturbances in Down syndrome: single centre experience of thirteen years and review of the literature. Turk J Pediatr 2019; 61: 664-670. Neonates with Down syndrome (DS) may have hematological abnormalities such as polycythemia, thrombocytopenia and transient leukemia (TL). The primary objective of this study was to report the descriptive data of complete blood counts (CBC) of neonates with DS, which were obtained within first week of life. We wanted to focus on neonates with hematological abnormalities and compare them among those with and without TL. The secondary objective was the description of hematological malignancies in the first six years of life. Medical records of 100 neonates with DS between 2006-2018 were assessed. Hematological abnormalities were present in 73/100. We detected anemia in 16, polycythemia in eight, microcytosis in 10, leukopenia in two, leukocytosis in 11, thrombocytopenia in 26, thrombocytosis in 7 and TL in 11 patients. TL group had higher levels of leukocyte count (115.0±93.0×103/mm3) when compared with neonates without TL (11.7±5.6×103/mm3) (p < 0.001). No other statistically significant difference between groups for hemoglobin, MCV and platelet count levels was detected. In the follow- up period, two patients developed acute lymphoblastic leukemia, one hemophagocytic lymphohistiocytosis and one Burkitt lymphoma. None of the TL survivors developed myeloid leukemia of Down Syndrome (ML-DS). Thrombocytopenia may be detected frequently in DS and it may not be a part of TL. We suggest that CBC with peripheral blood film should be evaluated for every patient to check for TL and other hematological disturbances. Despite the fact that none of our TL survivors developed overt leukemia (ML-DS), we also suggest that patients with DS be followed due to the risk of developing leukemia. Test Predicts Benefit of Chemo in ER+, HER2− Breast Cancer

Smoking-induced risk of osteoporosis is partly mediated by cadmium from tobacco smoke: The MrOS Sweden Study. 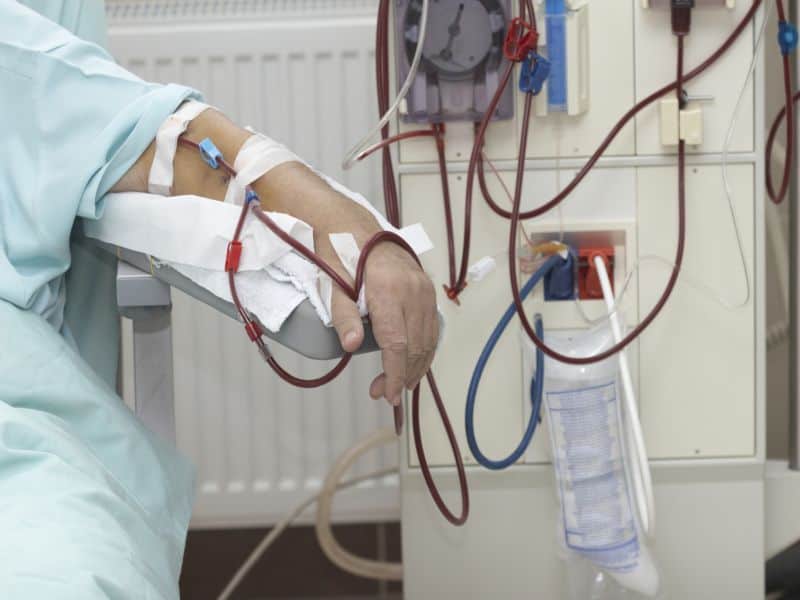 Assessing COVID-19 in Patients With ESKD