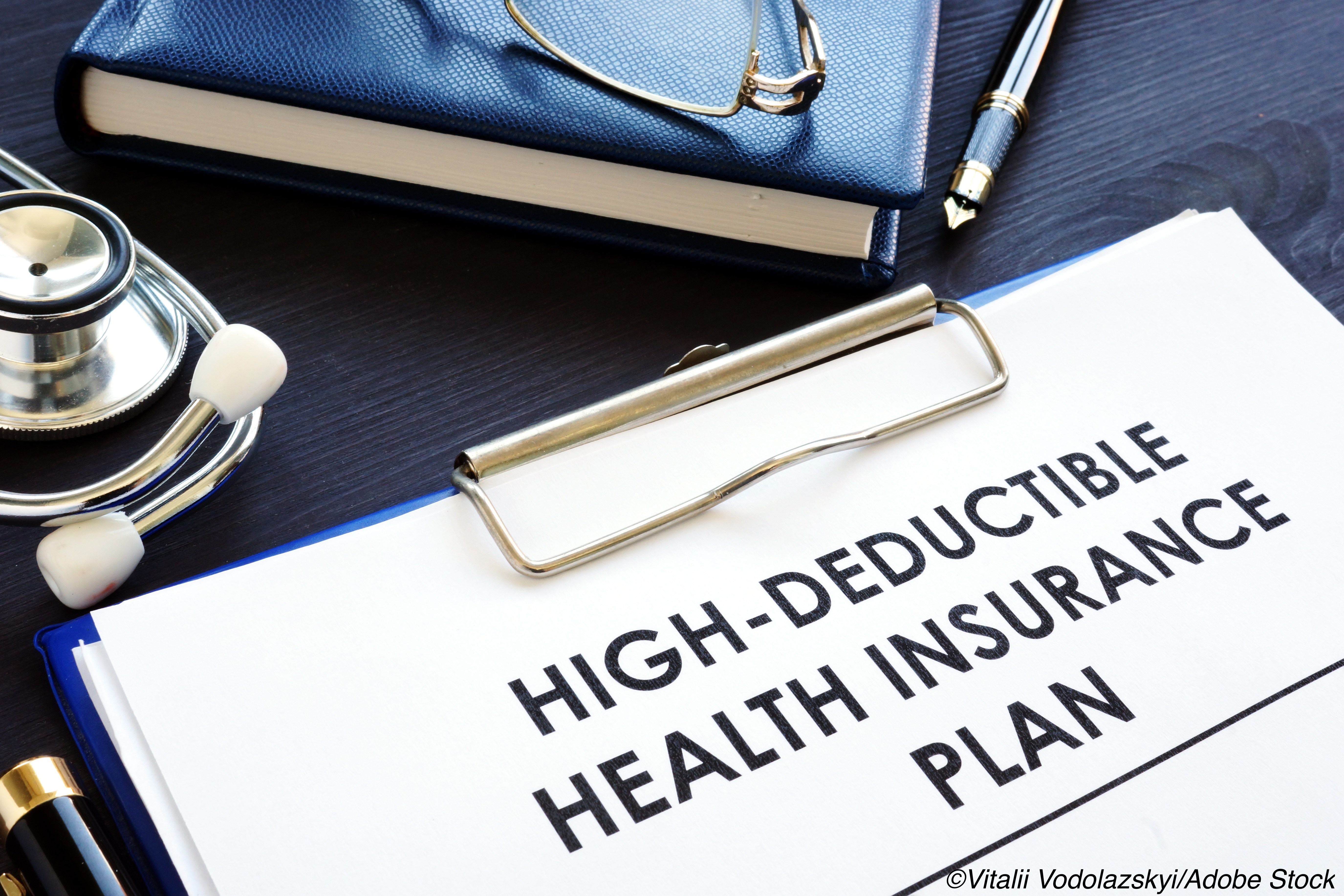 Researchers find minimal change in use of controller medications, no change in asthma exacerbation rates

Enrollment in high-deductible health plans (HDHP) that largely exempted medications from the deductible had minimal impact on use of controller medications and no effect on exacerbation rates among patients with persistent asthma, researchers found.

Adherence to asthma controlling medications—including inhaled corticosteroids (ICS), leukotriene inhibitors (LTIs), and combination ICS and long-acting β2-agonists (ICS-LABAs)—is suboptimal in the U.S., largely due to high out-of-pocket costs. Enrollment in HDHPs can result in substantial out-of-pocket costs for health care; however, most HDHP enrollment is in plans that are not eligible for a health savings account (HSA), which often exempt medications and other services from the deductible. The problem, according to Alison A. Galbraith, MD, MPH, of Harvard Medical School and Harvard Pilgrim Health Care Institute in Boston, and colleagues, is that copayments may still be substantial in these non-HSA HDHPs, potentially leading to reductions in health care use across the board regardless of exemptions.

For their analysis, which was published in JAMA Pediatrics, Galbraith and colleagues used commercial claims data to look into the association between HDHP enrollment and asthma controller medication fills, adherence, and exacerbations in a population of commercially insured children and adults in which most HDHPs exempted medications from the deductible. The study authors hypothesized that HDHP enrollment would be associated with decreased medication fills and adherence and an increase in exacerbations.

However, their findings suggested this may not be the case.

Galbraith and colleagues found “small reductions in ICS-LABA fills for children switching to HDHPs compared with those staying in traditional plans but no significant decreases in other controller medications fills or adherence. We found no worsening of asthma outcomes as measured by [oral corticosteroid] bursts and asthma-related [emergency department] ED visits. The response to HDHPs was generally similar for adults.”

They also found that enrollment in an HDHP with an HSA—in which medications were not exempted from the deductible—was associated with a greater reduction in ICS-LABA use than enrollment in a non-HSA plan, though the small number of participants in HSA HDHP plans (9.9%) limited the study’s power for statistical comparison.

“The protective effect of exempting certain health care services from the deductible is the premise behind value-based insurance designs, which seek to reduce cost-sharing for important preventive and chronic illness care and have been shown to improve adherence to chronic medications and reduce medication cost burden,” they wrote. “Policy makers should consider adopting value-based designs and other policies that exempt important medications for asthma and other chronic conditions from the deductible, which might prevent adverse clinical outcomes in HDHPs.”

In an editorial accompanying the study, Jennifer Kusma, MD, MD, and Matthew M. Davis, MD, MAPP, both of the Ann & Robert H. Lurie Children’s Hospital of Chicago and the Northwestern University Feiberg School of Medicine in Chicago, noted that while these results from Galbraith et al might be reassuring to skeptics of HDHPs, one major limitation of the study is that claims data do not provide detail on the circumstances of missed prescription fills.

Kusma and Davis noted that the data cannot account for whether individuals who were less symptomatic skipped refills while individuals with the most clinical need for chronic symptom management missed their prescription fills less often and therefore did not experience symptom flares. “In other words, parents may have used their own judgment and followed their children’s providers’ recommendations regarding ICS use and—in the case of families with less symptomatic children—may have also been influenced by the HDHP structure intended to limit their health care spending,” they argued.

For their longitudinal cohort study, Galbraith and colleagues drew data from a large, national, commercial (and Medicare Advantage) administrative claims database from Jan. 1, 2002 through Dec. 31, 2014 and identified kids ages 4-17 years and adults ages 18-64 years with persistent asthma “who switched from traditional plans to HDHPs or remained in traditional plans (control group) by employer choice during a 24-month period…”, they explained. In most HDHPs, asthma medications were exempt from the deductible and instead subject to copayments.

The primary study outcomes were 30-day fill rates and adherence (based on proportion of days covered) for asthma controller medications—ICS, ICS-LABA, and LTI—and asthma exacerbations, which were measured by rates of oral corticosteroid bursts and asthma-related ED visits.

“Compared with controls, children switching to HDHPs experienced significant absolute decreases in annual 30-day fills only for ICS-LABA medications (absolute change, −0.04; 95% CI, −0.07 to −0.01),” Galbraith and colleagues found. “Adults switching to HDHPs did not have significant reductions in 30-day fills for any controllers. There were no statistically significant differences in [proportion of days covered], oral steroid bursts, or asthma-related emergency department visits for children or adults. For the 9.9% of HDHP enrollees with health savings account–eligible HDHPs that subjected medications to the deductible, there was a significant absolute decrease in PDC for ICS-LABA compared with controls (−4.8%; 95% CI, −7.7% to −1.9%).”

These findings suggest that HDHP enrollment may not be associated with negative outcomes in certain situations, “for example, when medications are exempt from the deductible or for those with low baseline asthma controller use,” the study authors wrote. However, Kusma and Davis argued that there are still many unanswered questions regarding the potential benefits and risks of HDHPs for children, particularly those with chronic conditions—and the most pressing of these questions relate to the potential exacerbation of disparities in health care access for families who opt into these plans.

“Disparities in the high-deductible context could relate to income or potentially to types of chronic health challenges that individuals experience that would tend to increase the costs of health care encounters,” they wrote. “For example, in a study of adults with diabetes, patients living in lower-income neighborhoods presented to the ED with higher costs for high-severity emergency visits as well as higher costs for high-severity hospitalization days, suggesting that they had delayed seeking care even as their health worsened.”

Kusma and Davis also pointed to a previous survey study by Galbraith et al, which found that 48% of families enrolled in HDHPs reported health care-related financial burden versus only 21% of families who had traditional health care plans.

“Today, too little is known about the effects of HDHPs on the health of children and their use of health care, particularly for children with chronic health conditions,” they concluded. “Policymakers must consider further what other components of healthcare should be exempted from deductibles in HDHPs in an effort to minimize risks and maximize benefits for children enrolled in such plans.”

Study limitations included an inability to detect whether employers offered multiple health plans from different carriers; an inability to account for within-employer correlations “owing to computational challenges and unmet assumptions”; limited power to detect small between-group differences for less frequent outcomes, such as asthma-related ED use; a lack of individual-level data on income and other socioeconomic characteristics; and a lack of generalizability to populations with public insurance, more severe asthma, more regular baseline controller use, or comorbid pulmonary conditions.

Kusma and Davis had no relevant relationships to disclose.