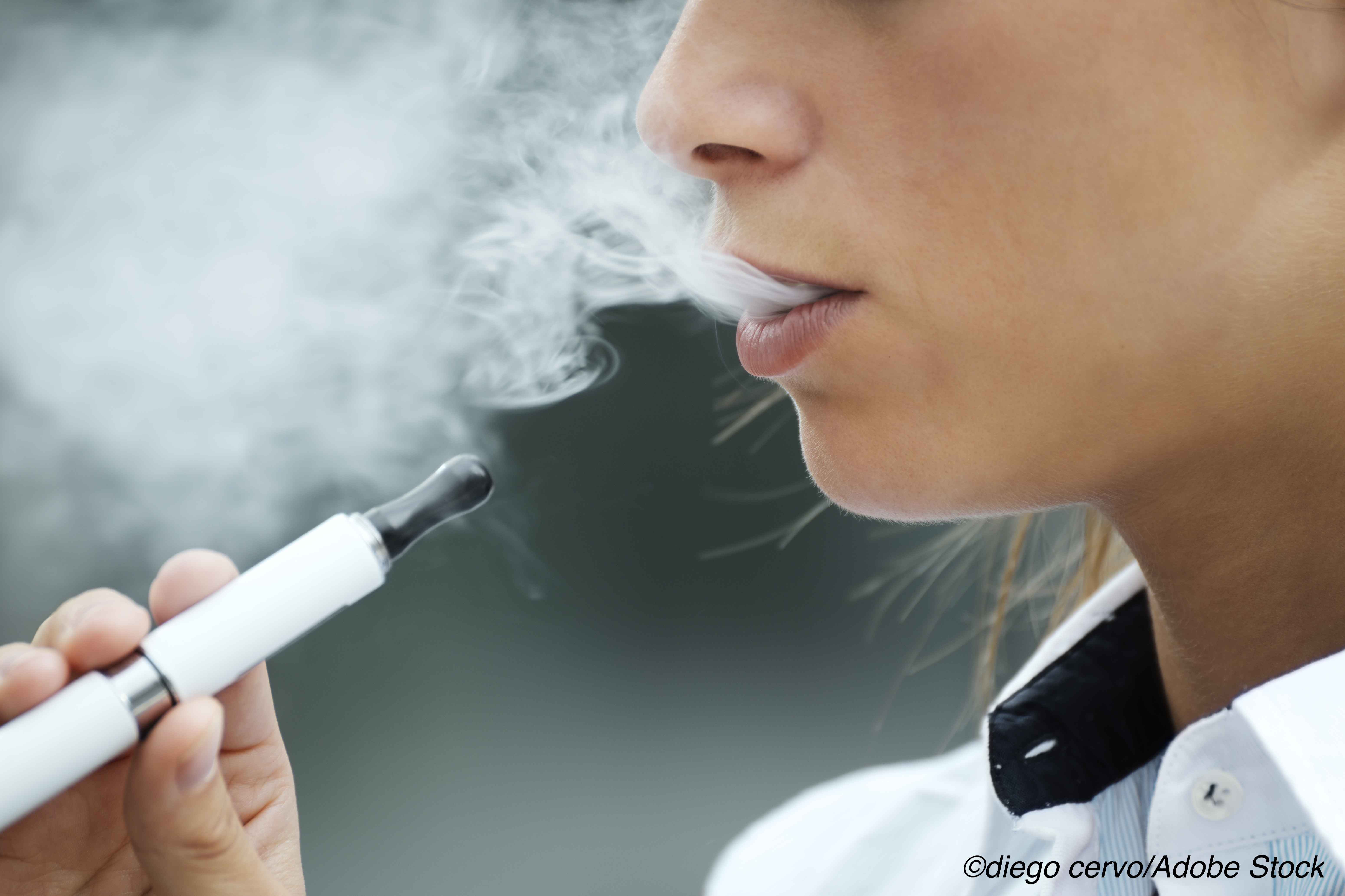 Smokers using high-nicotine electronic cigarettes to cut down on their cigarette consumption were more successful in doing so than smokers given low-nicotine or no-nicotine cigarettes substitutes, and they also had lower exposures to tobacco-related carcinogens in a clinical trial with more than 500 participants followed for six months.

Smoking declined by 58% in the group during the period, with daily cigarette use reduced from an average of close to 18 cigarettes per day at baseline to 7.43 at 24 weeks.

Study participants who used ENDS with less nicotine or devices with no nicotine also reduced their cigarette consumption during the study, but to a much lesser extent. And use of the no-nicotine devices was not associated with reductions in exposure to tobacco toxicants.

“In this trial where smoking reduction was encouraged over 24 weeks with multiple visits and assessments, we found that an ENDS was most likely to help smokers reduce toxicant exposure and cigarette consumption when it was capable of delivering nicotine at levels similar to that of a cigarette,” wrote researcher Caroline O. Cobb, PhD, of Virginia Commonwealth University, Richmond, and colleagues in The Lancet.

In an interview with BreakingMED, Cobb explained that in addition to being one of the largest and longest clinical trials to examine ENDS compared to non-nicotine cigarette substitutes for smoking cessation, it is also one of the only trials to examine exposure to smoking-related toxicant biomarkers other than exhaled carbon monoxide (CO).

The four-arm, parallel-group, randomized controlled trial was conducted at two sites in the U.S. (Penn State University, Hershey, Pennsylvania, and Virginia Commonwealth University) and it included current smokers between the ages of 21 and 66 years of age who reported smoking more than 9 cigarettes per day over the previous year and who were not using ENDS at enrollment.

All subjects enrolled in the trial also expressed an interest in reducing their combustible cigarette use, but not quitting.

Participants were randomized to be given pen style ENDS with either 0, 8 or 36 mg/mL of liquid nicotine (groups 1-3) or a non-ENDS, non-aerosolized plastic tube that resembled a cigarette (group 4).

“This was not an intense intervention,” Cobb said. “We encouraged participants to cut down (on combustible cigarette use) and we gave them a smoking reduction goal after randomization. We also gave them strategies to help them reduce their consumption with the specific products they were assigned.”

The primary outcome was concentration of the tobacco-specific carcinogen metabolite NNAL, which was collected at randomization and at 4, 12, and 24 weeks. Exhaled CO exposures were also measured during the period.

A total of 520 smokers were enrolled and randomized and 188 (36%) of these participants were lost to follow-up by week 24. Attrition did not differ by study group

No other significant differences between groups were observed for any time point for urinary total NNAL.

While the study findings suggest use of a high-nicotine ENDS is more effective than lower nicotine cigarette replacement for helping smokers cut down, and that this strategy may have some health benefits, the study did not address the long-term safety of continued dual use.

The CDC has weighed in on dual use, however, noting that smoking even a few combustible cigarettes a day greatly increases heart disease and early death risk.

“Obviously this study doesn’t address the long-term risks and benefits of dual use, so we can’t speak to the public health concerns,” Cobb said.

The researchers did note that the study findings do offer some reassurance with regard to concerns that dual use might increase nicotine and combustible cigarette exposure.

“Our results are somewhat reassuring on this point, as we found no evidence of greater nicotine NNAL, exhaled CO exposure or serious adverse events among participants practicing dual use while trying to reduce their cigarette consumption,” they wrote.

In a commentary published with the study, Kelvin Choi, of the NIH’s National Institute on Minority Health, and colleagues, wrote that while the role of e-cigarettes in reducing smoking-related death and illness remains uncertain, the study by Cobb and colleagues adds to the evidence that ENDS with nicotine concentrations equivalent to combustible cigarettes may help smokers reduce their daily cigarette intake.

“To fully evaluate health effects of smoking reduction through e-cigarettes, future research needs to investigate how such behavior relates to risk of cancer, cardiovascular and other diseases, and mortality in the general and high-risk populations,” they wrote.

“Future studies are needed to understand how to regulate e-cigarettes (e.g., as prescription-based medical devices for use in smoking cessation programs) to translate the findings of Cobb and colleagues to the naturalistic environment. Findings from future studies, together with those from Cobb and colleagues, could provide the missing pieces of the puzzle to strengthen the evidence for policy making to promote public health. It should always be emphasized that complete smoking cessation provides the most health benefits to smokers and the general population.”

This study was funded by the National Institutes of Health and the U.S. Food and Drug Administration. Cobb reported grants from the NIDA and FDA during the conduct of the study. The commentary writers declared no competing interests.