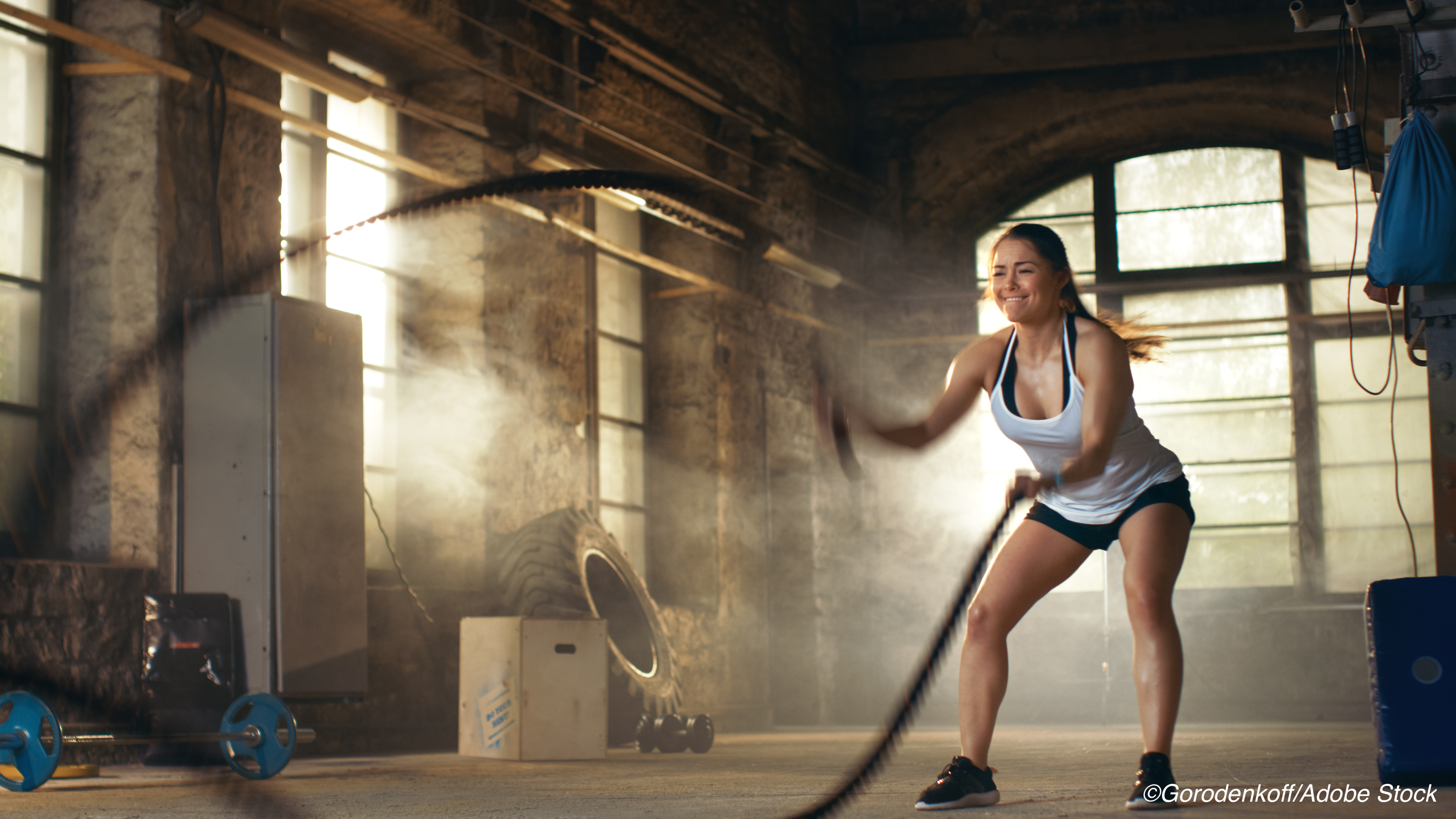 High-intensity interval training (HIIT) is no better than moderate continuous training at improving peak oxygen consumption (VO2) in patients with heart failure with preserved ejection fraction (HFpEF), although both did improve it, according to a recent study published in JAMA.

Further, neither exercise regimen was more effective at improving peak VO2 compared with guideline-based physical activity, and neither brought about clinically relevant changes in cardiorespiratory fitness, diastolic function, or natriuretic peptide levels after 3 or 12 months when compared with guideline-recommended physical activity, Martin Halle, MD, of the Technical University of Munich, Munich, Germany, and fellow researchers with the OptimEx-Clin Study Group reported.

Although endurance exercise has been shown to improve peak VO2 in patients with HFpEF, the effects of the different types of exercise — HIIT or moderate continuous training, for example — are unknown.

“A cardinal feature of HFpEF is reduced exercise tolerance associated with reduced quality of life (QoL). While pharmacological therapy for HFpEF has been unsuccessful, exercise training has been shown to be effective in improving maximal exercise capacity assessed as peak oxygen consumption (peak VO2) in clinically stable patients with HFpEF. However, the few trials performed to date have only involved smaller sample sizes (≤100 patients) and limited exercise intervention periods (≤24 weeks),” the study authors explained.

To be included in the trial, patients with HFpEF had to have signs and symptoms of HFpEF (exertional dyspnea [New York Heart Association class II-III]), left ventricular ejection fractions of ≥50%, and elevated estimated LV filling pressures (E/é medial ≥15) or E/é medial of ≥8, with elevated natriuretic peptides (NT-proBNP ≥220 pg/mL or BNP ≥80 pg/mL).

Over three months, changes in peak VO2 in patients performing HIIT were only minimally different than those achieved by those following the guideline-based exercise regimen (1.1 vs −0.6 mL/kg/min; difference: 1.5; 95% CI: 0.4-2.7). In comparisons of moderate continuous training compared with the guideline control, changes in peak VO2 were slightly larger, at 1.6 versus −0.6 mL/kg/min, respectively, for a difference of 2.0 (95% CI: 0.9-3.1). Finally, changes in peak VO2 with HIIT versus moderate continuous training also did not differ significantly (1.1 vs 1.6 mL/kg/min; difference: −0.4; 95% CI: −1.4 to 0.6). After 12 months, none of these comparisons were statistically significant.

Halle and colleagues also found no significant changes in diastolic function. For example, at three months, although baseline E/é had decreased in both the HIIT and moderate continuous training arms (−0.9 and −0.5, respectively), compared with an increase in the guideline control arm of 0.6, these decreases were not significant.

“The number of adverse and serious adverse events was considerably higher compared with previous exercise trials in HFpEF, and reflects the multimorbid condition of the patients included in the present trial. The higher number of nonserious, non-cardiovascular adverse events in the training groups may be explained by the more frequent contacts and therefore higher reporting in these groups,” noted Halle et al.

“The OptimEx-Clin trial was rigorous, well-designed, and well-conducted. Exercise training trials are often fraught with several logistical challenges such as small sample size, lack of adequate control group or blinding, poor enrollment, and high attrition rates. The investigators successfully conducted a multicentered RCT recruiting 180 patients with HFpEF with a screening to enrollment ratio of 3:1 and more than 90% and 80% retention at 3-month and 12-month follow-ups, respectively. The OptimEx-Clin trial is also the first adequately powered RCT to test the efficacy of 2 different modalities of aerobic exercise training in HFpEF,” they wrote.

Pandey and Kitzman also noted that while there was a statistically significant increase in peak VO2 with both HITT and moderate continuous training regimens at three months, the difference did not meet the prespecified threshold of improvement (ɑ=5%), which, they maintained, “was overly ambitious because 1.0 mL/kg/min is traditionally accepted as a clinically meaningful improvement, particularly among patients with HF who have severely reduced baseline peak VO2.”

Despite this, these results are important in the future unraveling of the benefits of exercise in HFpEF patients.

Study limitations include that researchers were not blinded to treatment group assignments, the lack of exercise echocardiography to assess diastolic function during exercise, lack of long-term adherence to exercise regimens, and the multiplicity of analyses.

This study was funded by the European Commission, the Deutsche Forschungsgemeinschaft (DFG), and the Flemish Research Funds.

Halle reported receiving grants from the TUM International Graduate School of Science and Engineering during the conduct of the study, and grants from Novartis (principal investigator of the Activity Study in HFrEF) and personal fees from Bristol-Myers Squibb, Berlin Chemie-Menarini, Novartis, Daiichi-Sankyo, AstraZeneca, Roche, Abbott (advisory board on exercise and diabetes), Sanofi, Pfizer, Boehringer Ingelheim, and Bayer outside the submitted work.