But AEs reported in all treated patients 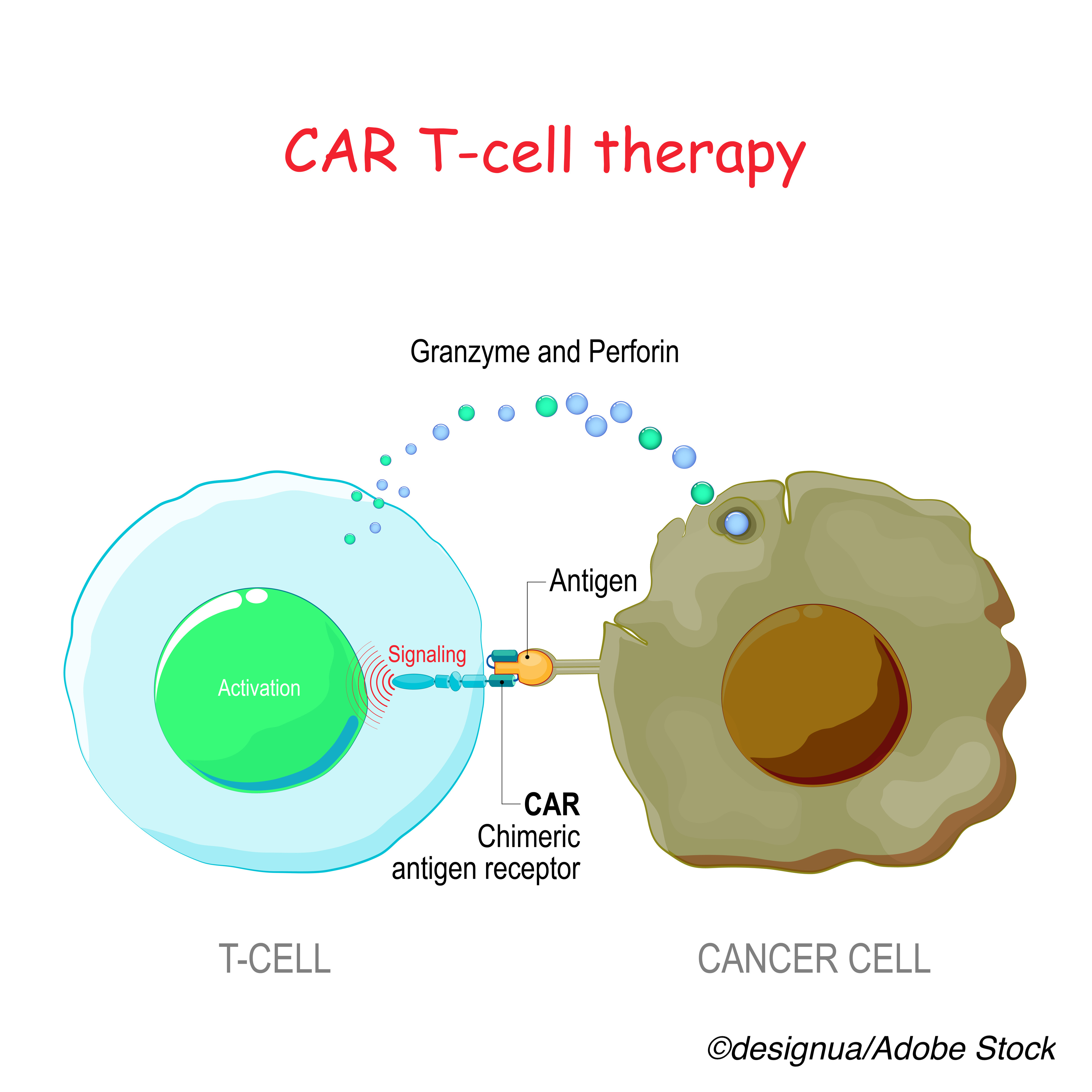 At a median follow-up of 13.3 months (range 0.2-21.2 months), 73% (95% CI, 66-81%; P<0.001) of 128 heavily pretreated patients achieved an overall response — defined as a partial response or better — to treatment with a single infusion of one of three target doses of idecabtagene vicleucel, Nikhil Munshi, MD, Dana-Farber Cancer Institute, Boston, and co-investigators reported in The New England Journal of Medicine.

The fact that approximately one-quarter of patients achieved MRD-negative responses highlights the depth of responses induced by idecabtagene vicleucel infusion, as investigators observed.

In September 2020, the FDA granted prority review for a biologic license application for idecabtagene vicleucel.

“No standard of care has been established for patients who have disease progression despite receiving the three main classes of myeloma therapy… and outcomes are poor,” the study authors wrote. “…Results of the KarMMa study support substantial antitumor activity for idecabtagene vicleucel across a target dose range of 150×106 to 450×106 CAR+ T cells. The 450 x 106 dose appeared to be somewhat more effective than the other doses.”

Slightly over half had a high tumor burden, 39% had extramedullary disease and 35% had a high-risk cytogenetic abnormality.

Patients had received a median of six previous treatments (range, 3-16) and 94% had undergone a previous autologous hematopoietic stem-cell transplant.

Almost all patients (84%) had triple drug-refractory disease to the three main treatments for multiple myeloma, including an immunomodulatory agent, a proteasome inhibitor, and an anti-CD38 antibody.

Lymphodepletion with fludarabine, 30 mg/m2 per day plus cyclophosphamide, 300 mg/m2 per day, was administered on three consecutive days followed by two days of rest prior to idecabtagene vicleucel infusion. “Patients received target doses of 150×106, 300×106, or 450×106 CAR-positive (CAR+) T cells.”

Responses improved as the dose of the CAR+ T cell therapy increased in patients who achieved any response to treatment as well as those who achieved a complete response or better, although to a lesser extent.

“[R]esponse duration increased with depth of response,” investigators noted, reaching a median duration of 19.0 months (95% CI, 11.3 months to could not be estimated) in patients achieving a complete or stringent complete response.

Idecabtagene vicleucel also durably persisted in blood, with over one-third of evaluable patients having detectable CAR+ T cells at 12 months of follow-up, although the presence of CAR+ T cells did not protect patients from recurrence.

“Adverse events were reported in all 128 patients treated with ide-cel, with grade 3 or 4 eventsoccurring in 127 patients (99%). Most adverse events, with the exception of hypogammaglobulinemia and infections, occurred within the first 8 weeks after infusion.”

The cytokine release syndrome also occurred in 84% of patients although it was largely confined to grades 1 or 2, with only 6% of patients developing higher grades of the syndrome.

“A total of 44 treated patients (34%) died during the study, with most deaths (27) attributed by the investigator to complications of myeloma progression (Table S12). Three patients (2%) died within 8 weeks after ide-cel infusion from ide-cel–related adverse events (bronchopulmonary aspergillosis, gastrointestinal hemorrhage, and cytokine release syndrome). One patient (1%) died between 8 weeks and 6 months from an ide-cel–related adverse event (cytomegaloviral pneumonia). Five patients (4%) died after 6 months.”

The trial was supported by bluebird bio and Celgene, a Bristol-Myers Squibb company.