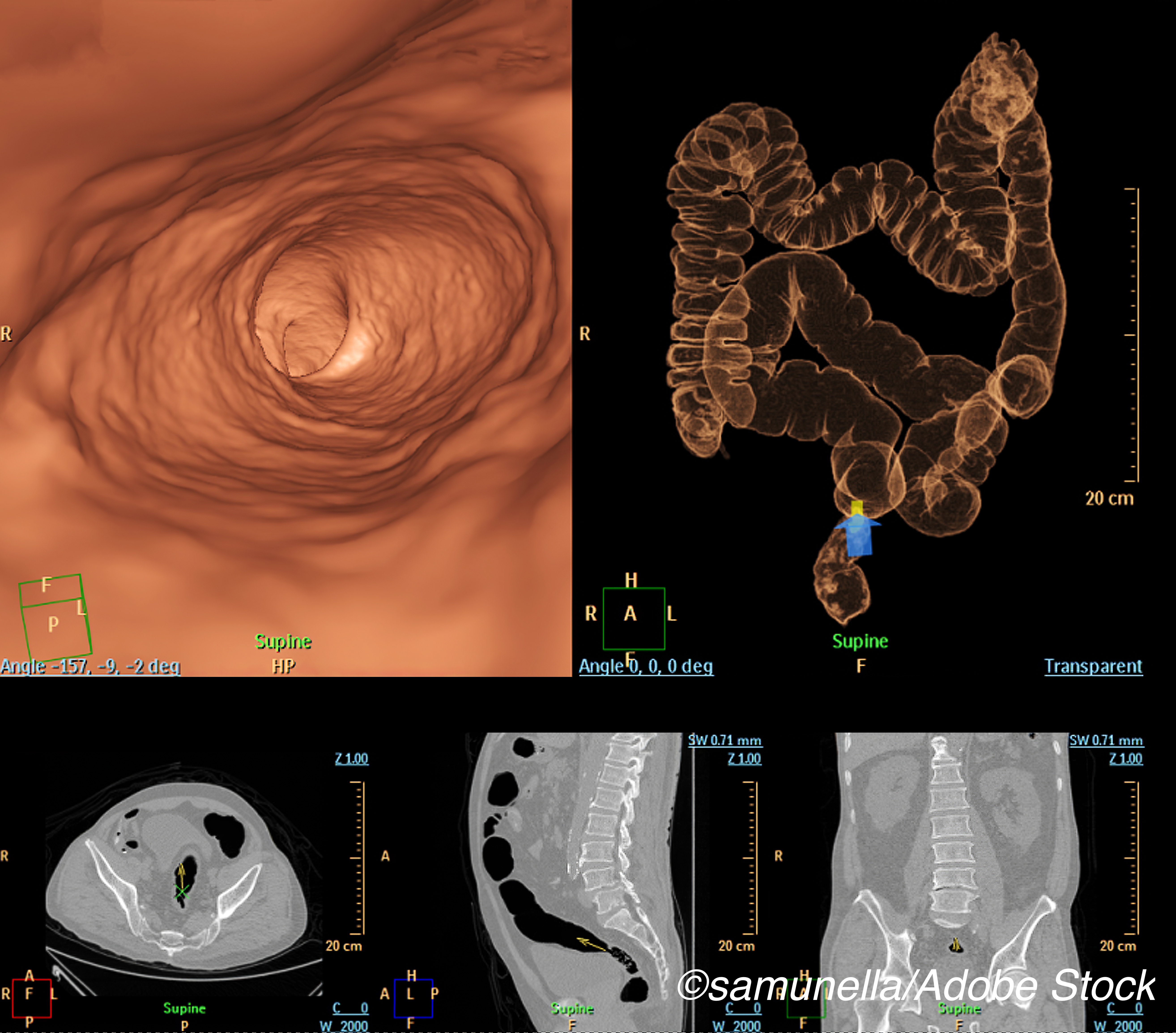 In a group of 33 patients with either locally advanced primary or recurrent rectal cancer, a radical resection (RO) was achieved in 92.9% (95% CI, 66.1-99.8%) of patients with locally advanced rectal cancer treated with the aid of the image-guided navigation system, Esther Kok, MD, the Netherlands Cancer Institute-Antoni van Leeuwenhoek in Amsterdam, and colleagues reported in JAMA Network Open.

A radial resection was also achieved in 78.9% (95% CI, 54.4-94.0%) of patients after recurrent rectal cancer resection with the help of the same image-guided navigation system, investigators noted.

In contrast, the difference in tumor-positive margin rates among patients with locally advanced rectal cancer was not significant between the 2 cohorts at 7.1% in the navigation cohort compared with 15.8% among historical controls, researchers noted.

Importantly, no navigation system-associated adverse consequences or complications occurred during the procedure itself in either the locally advanced or recurrent rectal cancer group.

“To our knowledge, this is the first study to compare the resection margin rates of patients receiving rectal resection with or without image-guided navigation,” they said.

Among the 33 patients included in the prospective cohort, 69.7% were men, with a median age of 61 years at the start of treatment (interquartile range (IQR), 55-69 years).

The majority of patients at 71.1% had locally advanced primary rectal cancer while the remaining 28.9% had recurrent rectal disease.

For each patient who underwent surgery with the help of the image-guided technique, the authors created 3-dimensional (3-D) models based on preoperative computed tomography and magnetic resonance imaging used together with an intraoperative tracking system linked to the 3-D model to guide the surgical procedure.

“An electromagnetic tracking system constantly linked the preoperative images and 3-D model to the intraoperative position of the patient by electromagnetic sensors affixed on the skin,” investigators added.

The primary end point of the study was the complete resection rate, as measured by the number of tumor-negative resection margin rates.

The safety of the system along with its usability were analyzed as secondary end points, safety being measured by the number of navigation system-associated surgical adverse events (AEs) while usability was assessed based on surgeons’ responses to a questionnaire completed after each procedure.

In the prospective cohort, “image-guided navigation was used without technical failure,” Kok and colleagues noted.

The mean time required to set up the system in the operating room was 16 minutes.

When comparing the navigation group with the historical group, the authors also controlled for the use of neoadjuvant therapy.

In contrast, “[a]fter locally advanced primary tumor resection, the use of image-guided navigation was not associated with [a higher] complete resection margin rate after controlling for neoadjuvant therapy,” investigators noted.

Nine surgeons who had performed the surgery using the image-based navigation system completed 21 questionnaires following the same number of surgeries.

Over 85% of these procedures were categorized as complex and surgeons indicated that “the navigation system simplified the procedure for all complex cases,” researchers pointed out.

Responses concerning the usability of the system indicated that surgeons rated the navigation technique as having a “high level of usability” and a “great chance of acceptance of the technique”.

Indeed, over 85% of the surgeons involved in the study indicated they wanted to use the technology again in future surgeries, giving the system high marks for tumor localization, securing resection margin rates and decisiveness.

In an invited commentary, Steven Wexner, MD, PhD, Cleveland Clinic Florida, Weston, Florida, noted that there is a real need to improve tumor-free circumferential resection margins (CRM) in the setting of rectal cancer because rates of CRM involvement, at least in the United States, now hover around 17%.

“Kok and colleagues are to be commended for trying to improve on these results by evaluating the use of navigation during resection,” Wexner wrote.

“[And they] have shown that image-guided navigation offers a potential advantage to patients who are undergoing attempted curative major extirpative procedures for recurrent rectal carcinoma,” he added.

At the same time, Wexner pointed out that the authors did not discuss how long it took to learn how to use the image-guided navigation system, either in terms of the number of hours or days spent practicing first on patients with benign disease or on cadavers.

“If the learning curve is steep and/or requires special instrumentation, major time commitments, simulation, and/or practice on patients with benign diseases and/or cadavers, the applicability of the navigation system may be limited,” he pointed out.

Similarly, the authors did not discuss how much time they needed to perform the surgery when using the navigation system nor did they discuss the cost of the system.

“Regardless of the cost of the computed tomography, magnetic resonance imaging, and 3-dimensional reconstruction facets of the project, additional time in the operating room is an expensive commodity,” Wexner stated.

“[And] it may be difficult to justify any additional time or cost to use the navigation system,” he emphasized.

The study was funded by a grant from Koningin Wilhelmina Fonds—Alpe d’HuZes.

Kok reported receiving a grant from Koningin Wilhelmina Fonds as did several of the other authors.

Effect of the His-Tag Location on Decapping Scavenger Enzymes and Their Hydrolytic Activity toward Cap Analogs.