Improved Sleep and CV Function? Stretching, Walking May Be Key 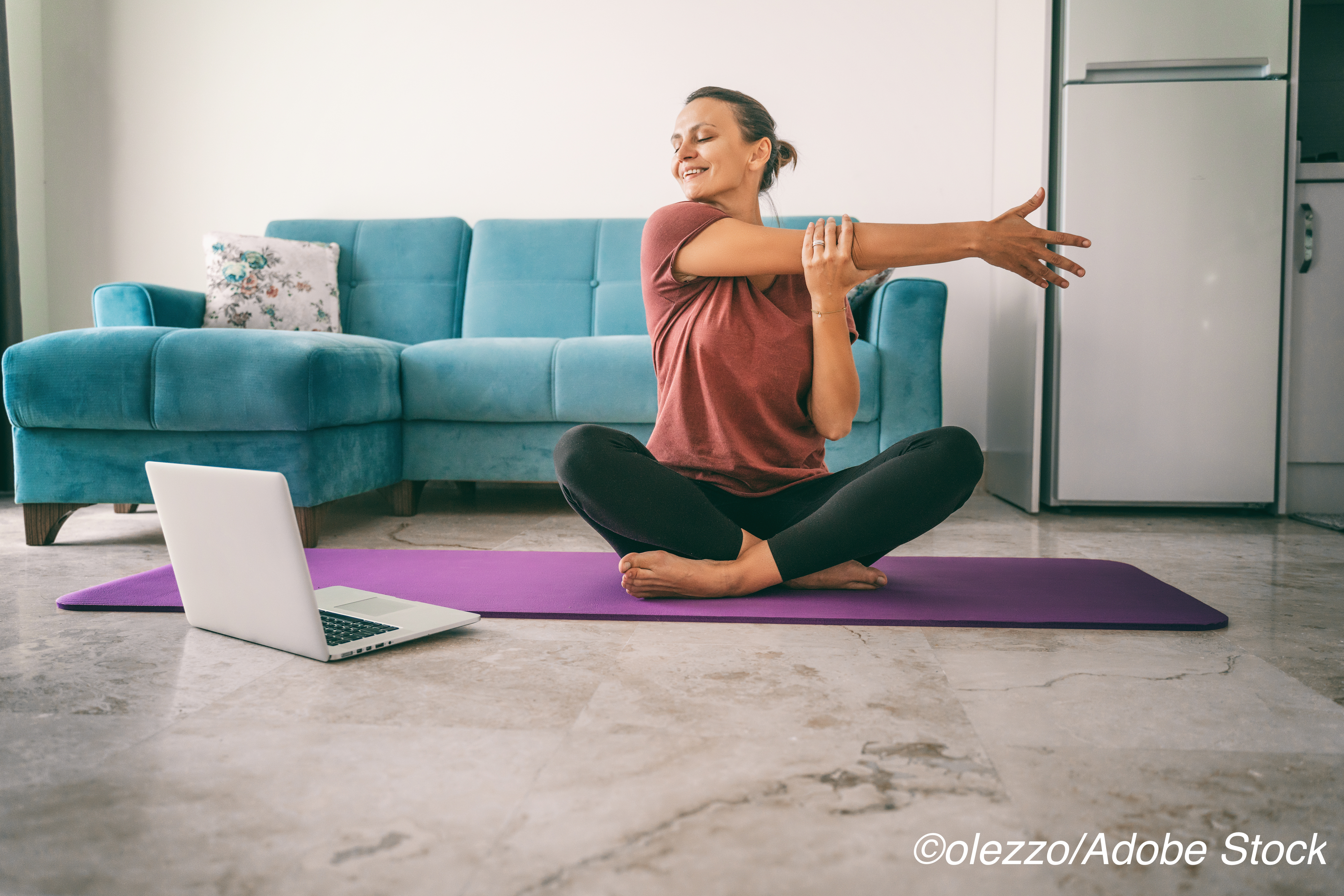 Simple exercises such as passive stretching (PS) and aerobic exercise could improve vascular function in healthy individuals and make sleep easier in those who have undergone heart bypass surgery, according to two recent studies.

In the first, published in the Journal of Physiology, researchers found that PS several times a week improved the circulation by easing dilatation and decreasing arterial stiffness. In the second study, simply engaging in a simple aerobic exercise — such as walking for 30 to 45 minutes in the morning — improved sleep and functional capacity in patients who had undergone coronary artery bypass grafting (CABG). Results were presented at the Association of Cardiovascular Nursing & Allied Professions’ Essentials 4 You, a scientific platform of the European Society of Cardiology, and published in Sleep Science.

PS differs from active stretching in that it involves external force from another person or gravity to stretch the muscles.

Researchers led by Angela Valentina Bisconti, BSc, MSc, PhD, of the University of Utah, Salt Lake City, UT, randomized 39 healthy participants (mean ages: 22-23 years) to either stretching exercises (both bilateral and monoliteral stretches 5 times weekly for 12 weeks) or no stretching, and assessed the effects of stretching on both blood flow, shear rate, and vascular function in the knee extensor and plantar flexor muscles.

In the passive stretching group, there were increases of 30% in femoral blood flow, 25% in percentage of flow-mediated dilatation of the popliteal artery, and 8% in the brachial artery (P < 0.05). Passive stretchers also demonstrated decreases of 25% in PWVCF, 17% in the PWVCR, and a reduction of 4% in systolic and 8% in diastolic blood pressures (P ˂ 0.05). In the control group, however, no changes occurred in any of these measures.

Bisconti and colleagues did not directly assess sympathetic nerve activity in the muscles or nitric-oxide bioavailability. Other limitations included the small sample size of the study and the timing of measurements in female participants during their menstrual cycles (during the early follicular phase).

“PS has been shown to be an effective means to improve vascular function, with practical implications for its use as a novel non-pharmacological treatment for improving vascular health, reducing the overall cardiovascular risk, especially in individuals with limited mobility,” they concluded.

“This study was thought-provoking,” commented Marc Bonaca, MD, MPH, of the University of Colorado School of Medicine, Aurora, CO, and Chair-Elect of the American College of Cardiology’s Peripheral Vascular Disease Section.

Bonaca reviewed the study for BreakingMED, noting, “There are large studies that show that some of these metrics of vascular stiffness are associated with poor outcomes in the long-run. So, there’s been a lot of interest in measuring them.”

According to Bonaca, the study was well-designed, but had some limitations and did not clarify whether the improvements brought about by passive stretching would benefit patients in the long term.

He also stressed that researchers included only healthy volunteers:

“The article shows that stretching may have some impacts on vascular health, both local vascular health and systemic. But this was a study in healthy people. From a clinical perspective, I don’t know that this would directly translate into a recommendation for stretching, especially for patients who have cardiovascular disease,” he said. “We cannot say that the changes observed would reduce your chance of a heart attack by X% in the future. We just don’t know that.”

He did add, however: “I do think it supports the notion that physical activity, exercise, and stretching is beneficial for you, and it helps provide some data to support that. You are encouraging your patient to exercise and stretch and have a healthy lifestyle. Here’s some data that show that you can actually measure differences in vascular parameters. So, it may be helpful in that regard,” he said.

Insomnia is often a problem for patients after CABG surgery. Researchers led by Hady Atef, PhD, of Cairo University, Cairo, Egypt, randomized 80 patients (age range: 45-65 years) with reduced physical function and sleep complaints 6 weeks after CABG to either up to 30 minutes of aerobic exercise alone or aerobic exercise combined with resistance training.

Aerobic exercise was comprised of walking on a treadmill for up to 30 minutes 3 times per week, and resistance training, of a 30-minute circuit of 9 exercises beginning at 30% intensity and increasing to 50%-60% 3 times per week.

Surprisingly, the group that performed isolated aerobic exercises—without additional resistance training—sustained greater improvements in sleep (P < 0.01) and functional capacity (P < 0.02) than those who combined the two types of exercise.

Limitations of this study include differences in outcomes in men and women, a lack of baseline data on smoking history and other characteristics, and its small sample size.

Bisconti’s study was funded by the Department of Biomedical Sciences for Health, University of Milan.

Atef has received funding from the European Society of Cardiology. Mindfulness and nocturnal rumination are independently associated with symptoms of insomnia and depression during pregnancy.

Fortified Foods Are Major Contributors to Apparent Intakes of Vitamin A and Iodine, but Not Iron, in Diets of Women of Reproductive Age in 4 African Countries.