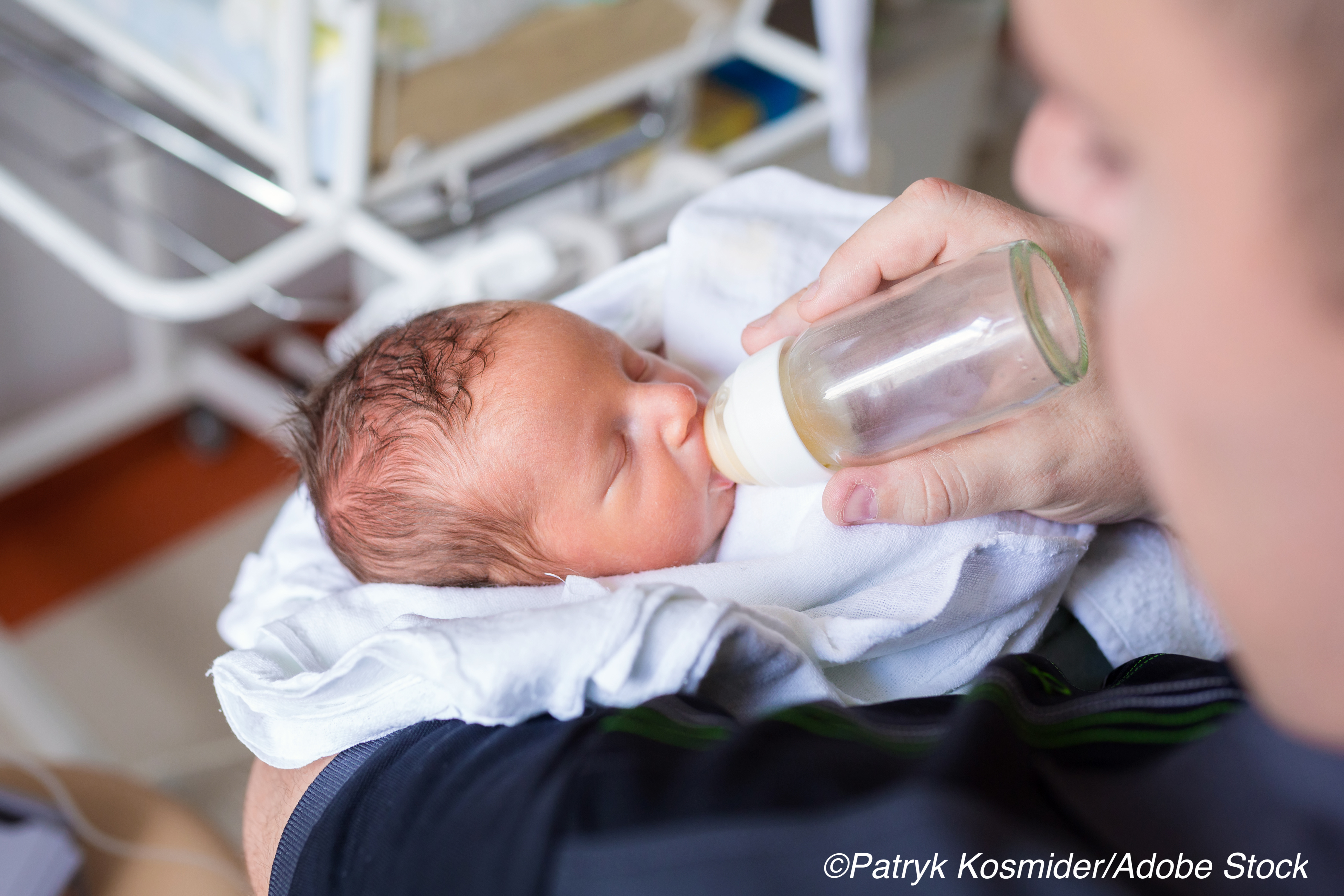 Newborns introduced to formula before leaving the hospital were as much as 6 times more likely to wean early compared to newborns who were exclusively breastfed, according to an observational study in which propensity score analysis was utilized to assess the impact of in-hospital formula feeding on breastfeeding duration.

Infants exposed to in-hospital formula feeding were 2.5- to 6-times more likely to wean during the first year of life than exclusively breastfed newborns.

The negative impact of in-hospital formula feeding on breastfeeding duration has been reported in previous observational studies, but these studies were highly subject to selection bias.

Since clinical trials in which breastfed newborns are randomly assigned to formula feeding would be considered unethical, the researchers used propensity score analysis to examine infant data from the Minnesota Special Supplemental Nutrition Program for Women, Infants and Children (WIC).

Study findings were published online June 9 in the journal Pediatrics.

“Propensity score methods are particularly suited to an analysis of the relationship between in-hospital formula feeding (IHFF) and breastfeeding duration because IHFF lies along the causal pathway between these demographic (baseline) characteristics and breastfeeding duration,” wrote researcher Marcia Burton McCoy, MPH, of the Minnesota Department of Health and Pamela Heggie, MD, of the University of Minnesota, Minneapolis.

Exclusive breastfeeding has been linked to reduced infant mortality, along with lower rates of respiratory and gastrointestinal infections, and McCoy and Heggie noted that even brief exposure to formula in the first days of life appears to alter the infant microbiome long-term.

In an interview with BreakingMED, McCoy said significant variation in the practice of in-hospital formula feeding of newborns exists from hospital to hospital, influenced by hospital policies, the physical and cultural characteristics of the mother, staff training, availability of free formula and time of delivery.

“In many hospitals, formula tends to be the easy, quick solution when there are any concerns about the baby getting enough to eat,” she said, adding that introducing formula should be the last and not the first resort when difficulties are encountered.

“This is a short-term fix, but this study shows there may be long-term negative consequences to this easy fix.”

The WIC population was comprised of low- to moderate-income infants born in Minnesota and their mothers.

In-hospital formula feeding tends to be more common among lower-income infants, and there are also cultural and ethnic differences in IHFF.

In an analysis of WIC infants born in Minnesota in 2016, a third (32.6%) of white babies received IHFF, compared to roughly half (52.5%) of African American babies, 72.6% of foreign-born black babies, 44.3% of Hispanic babies and 82.4% of babies of Chinese and Southeast Asian descent.

In their analysis of 5,310 breastfed WIC infants, newborns given formula were matched with infants exclusively breastfed using propensity scoring methods to adjust for potential confounders. Cox regression of the matched sample was also stratified on feeding status. A secondary analysis which was adjusted for medical indications for supplementation was also performed.

The analysis revealed that hazard ratios (HR) for weaning increased across time.

In the second, more conservative, analysis, infants exposed to IHFF had 2.5 times the hazard of weaning compared with infants who were exclusively breastfed (HR = 2.5; 95% CI 1.9–3.4).

They noted that IHFF may negatively affect breastfeeding by impacting the mother’s milk supply.

“Infant formula is often fed in larger amounts than physiologically appropriate,” they wrote. “An infant given supplements suckles less frequently, leading to reduced prolactin secretion in the mother.”

“Women who are told their infant needs formula lose confidence in their ability to produce an adequate milk supply,” McCoy and Heggie wrote. “Recommendation of formula by health care providers increase the perception of formula as a healthy alternative. Some women feel that once formula is introduced, breastfeeding is no longer pure and exclusivity no longer achievable.”

In an accompanying editorial, Lori Feldman-Winter, MD, of Children’s Regional Hospital at Cooper, Camden, New Jersey and Ann Kellams, MD, of the University of Virginia, Charlottesville wrote that the Baby-Friendly Hospital designation is an important strategy “to offset systemic bias and racism in breastfeeding care.”

“The implications of widely variable rates of IHFF suggest the need for a call to action on providing equitable breastfeeding care to protect the exclusivity of breast feeding,” they wrote. “Quality improvement efforts should include data tracking according to race, ethnicity, and other factors that are associated with IHFF.”

The researchers declared no external funding sources for this study.

Polyphenols in the Management of Brain Disorders